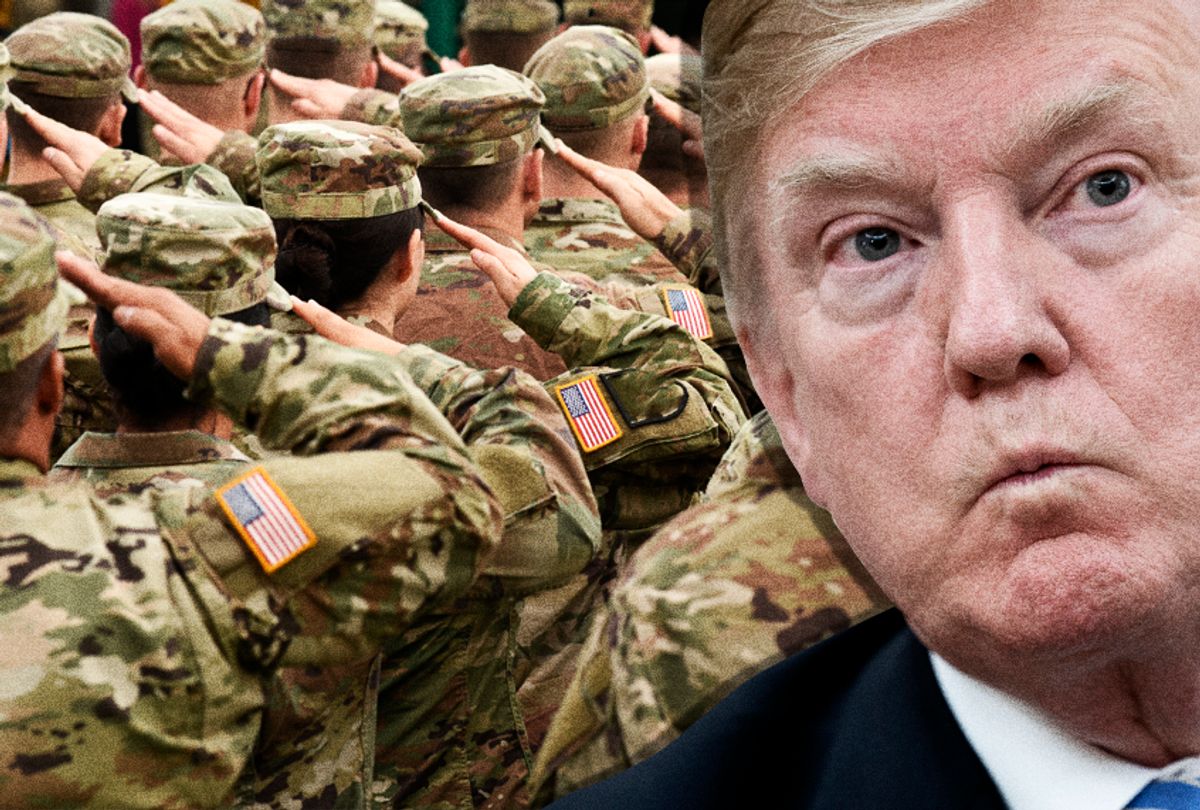 President Donald Trump announced Friday he will activate the military's ready reserve components to help in the country's response to the fast-spreading coronavirus pandemic, potentially recalling tens of thousands of separated servicemembers to active-duty.

"This will allow us to mobilize medical disaster emergency response personnel to help wage our battle against the virus," Trump said in a Friday evening press conference. "We have a lot of people, retirees, great military people, they're coming back in."

Details on exactly which individuals will be recalled were not immediately released by the White House, but the executive order regarding the move said officials could recall up to 1 million individuals for up to two years.

Pentagon officials did not immediately respond to requests for comment.

More than 85,000 individuals across America have tested positive for coronavirus, and more than 1,200 deaths have been attributed to the illness. The virus has forced worldwide closures of businesses and self-quarantining of much of the world's population in recent weeks.

Trump said that numerous military retirees have already volunteered to help out with medical response efforts, but the additional order is needed to fill gaps.

Earlier Friday, Army officials said that more than 9,000 former soldiers with medical training expressed interest in assisting with the coronavirus pandemic efforts. The Army emailed more than 800,000 such troops to gauge their interest.

Also on Friday, Trump signed into law a $2 trillion economic stimulus package related to the coronavirus outbreak that includes more than $10 billion in emergency funds for the Defense Department.

More than 12,300 Army National Guard and Air National Guard have already been mobilized in recent days to help state officials in their coronavirus response plans.

The executive order authorizes Defense Secretary Mark Esper and acting Homeland Security Secretary Chad Wolf to coordinate with state governors to ensure the reserve activations do not interfere with any of those missions.

The military reserve components include several different categories of veterans and part-time service members. The selected reserve, some of whom have already been activated, regularly train for a variety of military and community response missions.

The Individual Ready Reserve is made up mostly of individuals who have already served in an active-duty component and still have some military service obligation remaining. Under federal law, they can be involuntarily recalled during a national emergency.

Pentagon officials did not immediately provide any guidance on the recall order.