What's lost when the public can’t show up in person to fight for their communities? 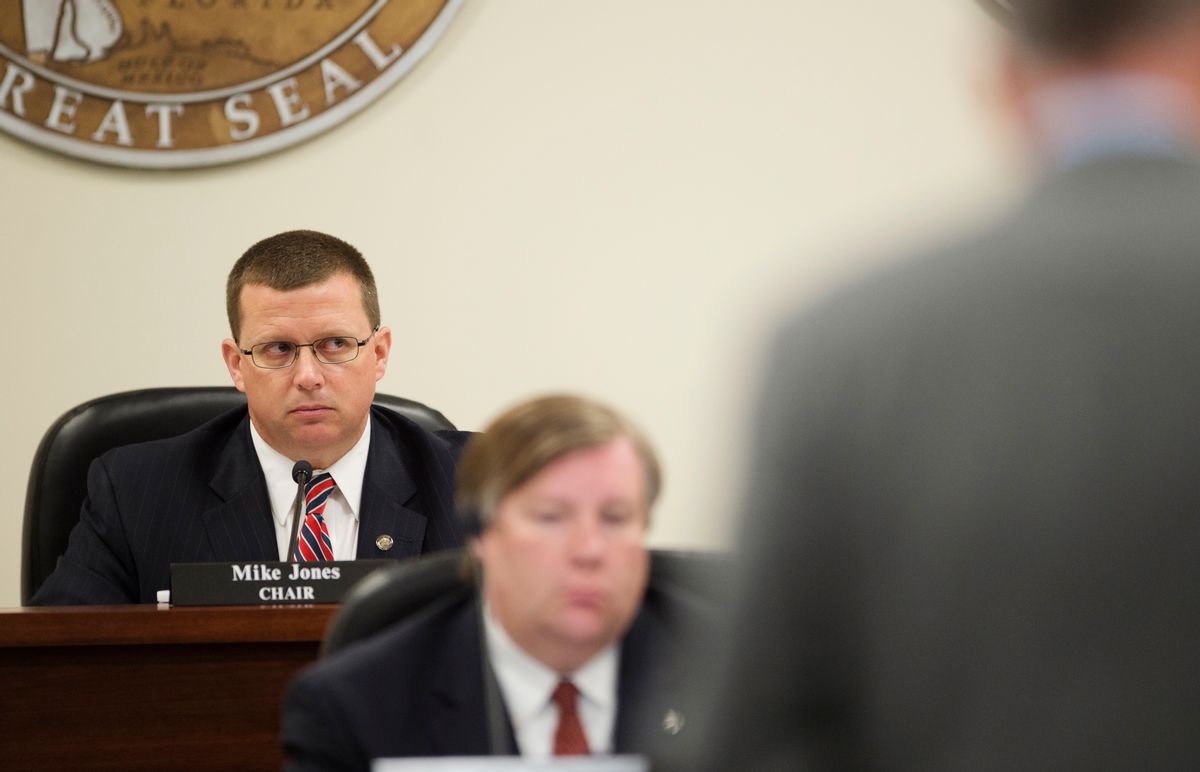 On April 14, Rosemary Fuller had planned to speak at a public hearing held by Pennsylvania's Department of Environmental Protection (DEP) about a natural gas pipeline that will run 150 feet from her home in the suburbs west of Philadelphia. It would be the first of three upcoming hearings to discuss new permits that Sunoco, the company that owns the pipeline, had applied for to modify its drilling technique and route in certain areas.

Construction of the pipeline, which is called Mariner East II, has been riddled with problems since it began in 2017. Fuller hasn't been able to drink water from her tap since July 2019, when she discovered the drilling had contaminated her well. She can no longer walk her dogs around the loop at a nearby park — part of it was closed off after drilling opened up four sinkholes there. To date, Sunoco has paid more than $13 million in penalties for Mariner East–related construction violations, and the pipeline is the subject of three criminal investigations. Fuller and six others who live near the pipeline are involved in a lawsuit against Sunoco to try and halt the project entirely because of its threat to public safety.

Some of these problems led Sunoco to request modifications to its permits. At the upcoming public hearings, Fuller and other residents whose lives have been upended by the construction hoped to ask about the risks associated with the new plan and get a clearer sense of Sunoco's timeline.

But now, because of COVID-19 safety measures, all three hearings have been canceled.

"We all had questions that were never addressed or answered. In a public hearing, we would get up and raise those issues and concerns, and the DEP would be sitting there and have to respond," Fuller told Grist. "It's vitally important."

The DEP has not announced plans to reschedule the meetings or to prolong the permitting process. Meanwhile, even after Governor Tom Wolf ordered work on the pipeline to stop during the crisis because it's not an essential business, Sunoco sought and won a waiver to continue construction.

The same pattern is unfolding all over the country for state and federal decisions that impact public health and the environment as the coronavirus crisis shuts down public life. While the majority of Americans are obeying stay-at-home orders and worrying about their families, health, and jobs, the gears of government are grinding along, adhering to timelines that were laid out before the virus began to spread. In Pennsylvania, in addition to the Mariner East hearings, public meetings to discuss air pollution permits for a major expansion to a natural gas liquids facility were also canceled. So were three meetings about new statewide cleanup standards for industrial and commercial sites.

A spokesperson for the DEP emphasized to Grist that "all comments received — whether at a public hearing or submitted in writing — are treated equally, and DEP encourages concerned residents to submit comments in writing." The DEP accepts comments via mail, email, and in some cases an online portal. However, advocates argue that shutting the door on in-person participation in these decisions is unjust.

"Public hearings are exceptionally important," said Eve Miari, an advocacy coordinator for the nonprofit Clean Air Council. "It's an opportunity for the public to be seen and heard by the DEP and for people to express themselves in a way that not everybody can do in writing."

Miari and others said meetings are the most accessible way for the public to learn about an issue and participate in regulatory processes that will meaningfully affect their lives. Not everyone has access to the internet, especially now that public libraries are closed. Under normal circumstances, residents could go to their local DEP office to access documents and other information, but now those are also closed. Even people who usually have the resources and time to educate themselves and submit comments are now juggling parenting or caregiving on top of their full-time jobs. That's why many are demanding that DEP reschedule the hearings for when coronavirus risks subside.

Fuller told Grist that public hearings also allow for knowledge sharing within a community — for people to learn what their neighbors have dealt with or are worried about, especially since not everyone will have the same questions or concerns. The press often comes, bringing more visibility to issues that may otherwise get buried in purely virtual proceedings.

"When you submit comments and it goes on an online forum, you're not sharing those comments with other people. They go into this DEP black hole," Fuller said. "There's more accountability, I feel, in a public meeting."

That's not to say that public meetings always fulfill their intended function. Several people Grist interviewed said they feel that DEP ignores public comments, whether in person or not. Phil Baiocchi, who lives in Montgomery County, north of Philadelphia, has attended many meetings about drinking water contamination in Pennsylvania over the past three years. He said that meeting agendas aren't always clear, presentations by officials can be opaque, and that meetings often get delayed or canceled even under normal circumstances, which dissuades people from attending in the first place.

That said, Baiocchi said meetings still present a chance to raise awareness. He had been planning to attend one of the now-canceled meetings about the DEP's proposed new standards to clean up commercial and industrial sites. The proposal includes brand new requirements to clean up PFAS, which Baiocchi is concerned about. PFAS are a group of commonly used chemical compounds, some of which have been linked to serious health conditions, that have been dumped into the environment unregulated for decades. They are showing up in drinking water all over the country, and Montgomery County's water was found to be hit especially hard.

Baiocchi is worried that the DEP's proposed standards aren't strict enough, and he planned to express that at the meeting.

"We have the technology and the means to avoid exposing people to these hazardous materials, and I don't see any reason why we don't pursue that as aggressively as we can," he said.

Advocates argue that the dialogues that occur at public meetings can result in real change. Russell Zerbo, an advocacy coordinator at Clean Air Council, said that in 2015, Pennsylvania residents organized against a generating station's request to increase the amount of lead it's allowed to emit and won.

Tracy Carluccio, the deputy director of the nonprofit Delaware Riverkeeper Network, pointed to meetings held in 2016 and 2017 for another pipeline passing through southeast Pennsylvania, the Atlantic Sunrise Pipeline. She said the meetings led to new requirements that better protect private drinking water wells and certain streams. While thousands of written comments were also submitted, "the outcome was better than it would have been if those who spoke at the in-person hearings had not given their input," she wrote in an email.

Carluccio had also been planning to testify at DEP's meeting about the new cleanup rules to recommend stricter standards for PFAS. Her organization has sent letters to the governors of Pennsylvania, New Jersey, Delaware, and New York, as well as several federal agencies, urging them to put all permit and regulatory decisions on hold until the public can participate again.

"It's unfair to make a decision without having free and easily accessible public participation systems, and we don't have that now," said Carluccio.