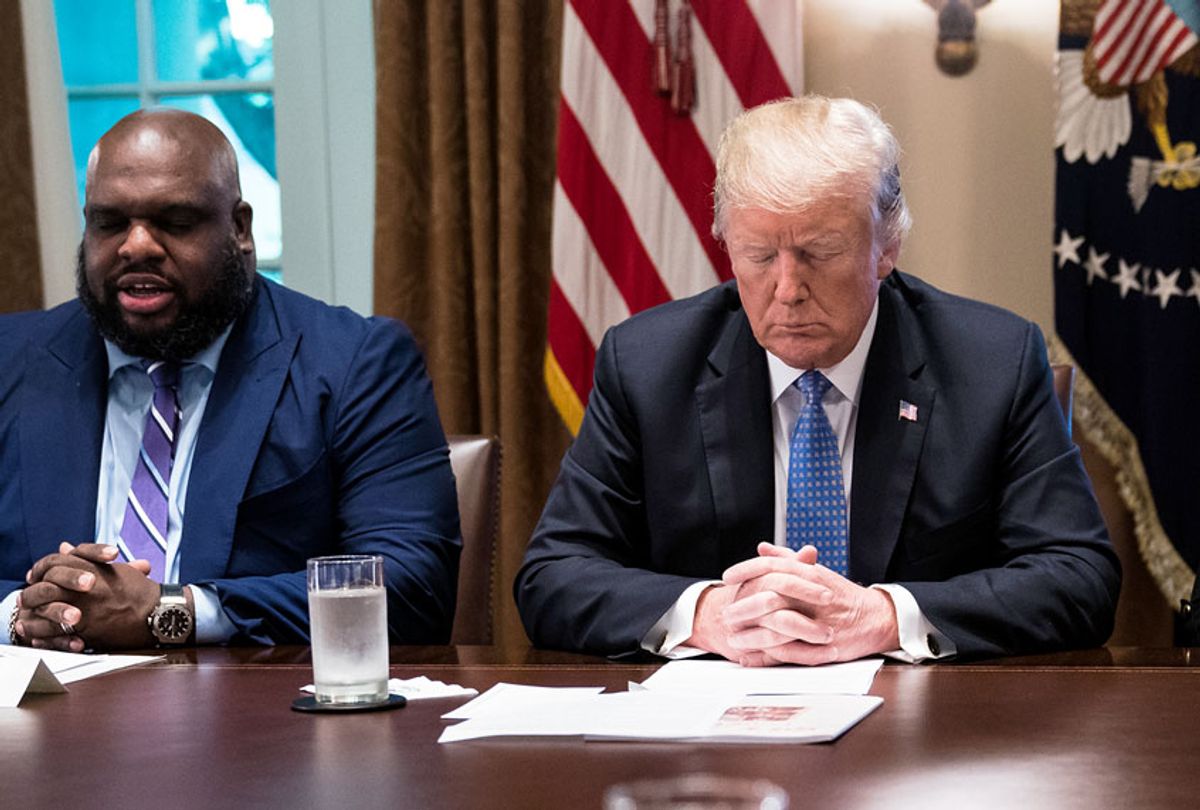 White House economists released a study last year that warned a pandemic could kill 500,000 people and devastate the economy months before the coronavirus outbreak, but top officials and the president appear to have ignored their warning.

A study by the Council of Economic Advisers ordered by the National Security Council predicted that a pandemic similar to the 1918 Spanish flu or the 2009 swine flu could lead to a half-million deaths and cost the economy as much as $3.8 trillion.

"Tens of millions of people could become ill, with many requiring hospitalization; and a significant number—especially among the vulnerable elderly population—could die," the study said.

"People may conflate the high expected costs of pandemic flu with the far more common, lower-cost seasonal flu," the authors wrote. "It is not surprising that people might underappreciate the economic and health risks posed by pandemic flu and not invest in ways to reduce these risks."

But the study "went unheeded inside the administration," The New York Times reported.

Tomas Philipson, the acting chairman of the Council of Economic Advisers, insisted months later in February that public health threats usually do not impact the economy and argued that the coronavirus would not be as bad as the annual flu.

"I don't think corona is as big a threat as people make it out to be," he said, according to The Times. "If you look at the resilience of the economy to a public health threat, certainly we have much bigger threats than the coronavirus."

Trump, who claims to understand the economy "better than anybody," similarly sought to downplay the risk posed by the virus in an effort to stop the ongoing stock market slide.

The president argued that the market collapse had little to do with the coronavirus and declared that "life & the economy go on" as the death toll in the U.S. rose in early March.

Trump later declared that restrictions to contain the virus were worse than the virus itself and called to "reopen" the economy by Easter, though he backed off that threat earlier this week after the White House projected that 1.5 million to more than 2 million people would die without sustained mitigation efforts.

Researchers at the University of Chicago found that the restrictions, while causing skyrocketing unemployment and stock market collapse, would actually save the economy $8 trillion compared to the alternative — rampant death.

Anna Scherbina, one of the authors of the White House study, who has since left the administration, rejected the view that the restrictions hurt more than the impact of the virus itself.

The economic study is one of numerous warnings which Trump and his administration appeared to have ignored before the coronavirus hit. The number of cases increased rapidly and quickly surpassed those in the much more heavily populated China, where the outbreak began. The number of deaths has since eclipsed the death toll from the 9/11 terrorist attacks.

Like the White House, the Department of Health and Human Services spent months simulating a potential respiratory virus pandemic originating in China for much of last year. The agency determined that such a pandemic would kill 568,000 people. The study provided recommendations to resolve the country's lack of preparedness for a pandemic scenario, but its advice was similarly ignored, The New York Times reported.

As infections grew in China, intelligence agencies issued classified warnings in January and February about the threat posed by the virus. Those warnings also appear to have been ignored by both Trump and congressional lawmakers, The Washington Post reported.

After ignoring the warnings, the Trump administration reportedly failed to consult the National Security Council's pandemic playbook created to deal with such a crisis and federal agencies bungled early attempts to roll out testing, leaving the country in the dark as the virus spread in numerous states.

After ignoring the repeated warning signs and seeking to downplay the threat, Trump has more recently claimed that "nobody knew there would be a pandemic or epidemic of this proportion."

"It's an unforeseen problem," he said. "What a problem. Came out of nowhere."

But one federal official with access to the intelligence reports rejected Trump's claim, telling The Post that agencies "have been warning on this since January."

"Donald Trump may not have been expecting this, but a lot of other people in the government were — they just couldn't get him to do anything about it," the official said. "The system was blinking red."