"Home Before Dark" gives TV a fierce, feminist hero in the guise of a 9-year-old reporter 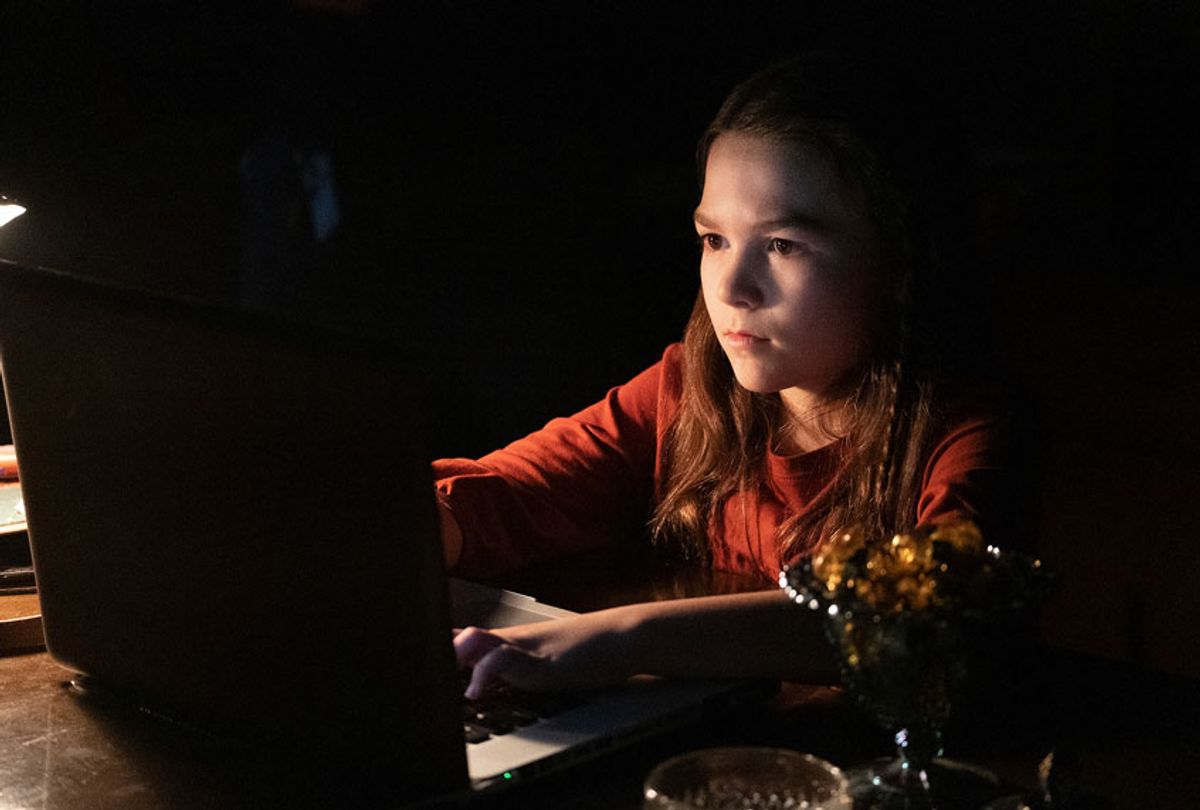 Among time-honored pop culture profiles, the girl detective, when written well, can be a lasting source of inspiration.  She's also a trope that comes loaded with requirements: she must be tough, immovable in the face of danger and sexism. She's curious to the point of endangering herself at times, and smart enough to escape such situations. She absolutely does not need to be saved. Above all, she's trained in clapping back at dismissive, sexist haters.

In the opening episode of the Apple TV+ series "Home Before Dark," 9-year-old self-trained reporter and sleuth Hilde Lisko greets the residents of Erie Harbor, Washington, the place to which her family has just moved, by reporting on and self-publishing a crime story that sets the town back on its heels. She's essentially scooped the local paper. In response, dozens of people flood her story's comments section with threats and insults that imply that girls should not be engaged in this kind of work.

When Hilde finds and read them, she can't help but weep; at the end of the day, she's still a kid. But the next day, Hilde takes print-outs of the pages, stands on the table in the cafeteria of her new school and reads the worst of them aloud to her classmates. Her message in this action crystal clear: I may be small, but I will not be silenced.

"Home Before Dark" adds self-trained reporter and sleuth Hilde Lisko to a great pantheon that includes "Nancy Drew" and "Veronica Mars," adding in the significant twist that the hard-boiled investigator driving its mystery isn't even in her teens. Hilde is precocious but never treated by showrunners Dana Fox and Dara Resnik as "cute." She knows how the world sees her, and is vocal in reminding adults that just because she's small doesn't mean she lacks skills.

Thanks to the steady, solid work of nine-year-old star Brooklynn Prince ("The Florida Project"), the 10-episode "Home Before Dark" has the ability to engage viewers of every age. Even the detail that Hilde has seen  "All the President's Men" 36 times doesn't feel forced or phony – only a kid born, as she says, with ink in her veins would look to that classic as a touchstone. Indeed, this is a viewing pleasure that acknowledges the viewer's intelligence, although aspects may be a bit to dark to fit the classic definition of a family friendly series.

The mystery threading the first season together may seem a bit frayed at points. Fortunately it only constitutes about a quarter of the show's appeal. More evenly spread across the action is the script's full-throated celebration of journalism's vitality, its tender portrait of a family driven to its breaking point by bad luck, and a town whose regressive attitude facilitates the the obfuscation of inconvient histories.

The script also wears its feminism on its sleeve quite intentionally, particularly in the series opener. This is to announce what kind of show "Home Before Dark" is and the brand of strength Hilde and the women in her life wield.  And the series is excellent at illustrating the forbearance that women of all ages must exercise in order to stay on their road and maintain their dignity and sanity. This is true not only in Prince's character's storyline but in the lives of the adults surrounding her, and most notably in her interactions with an authority figure at her school (Joelle Carter) and her parents, father Matt (Jim Sturgess) and mother Bridget (Abby Miller), as they weather a period of friction in their marriage.

Some of disparagement Hilde encounters is subtle and anonymous, but much of it parades itself in full sunlight. In one example we see the young investigative reporter, who is acutely aware of her First Amendment rights and the definition of public record, has her reasonable requests for documentation met by a belittling pat on the head.

Hilde Lisko is based on the real-life Hilde Kate Lysiak, who began covering crime in her former hometown of Selinsgrove, Pa.  Her father was a reporter for the New York Daily News before moving the family to Pennsylvania, where they opened a bed-and-breakfast. (Lysiak continues to publish stories on her news site Orange Street News, has since authored several children's books, on which this series is based, and gets a writing credit on the series. She is now 12.)

And I enjoy the fact that Fox and Resnik write Hilde as a true grade-school-aged girl as opposed to shoving an adult personality into the body of a youngster. Prince's assured presence takes that direction and infuses it with significant force, impressively holding the weight of the show on her shoulders. "Home Before Dark" doesn't shy away from showing the ramifications of Hilde's stubborn determination to unearth clues many adults would rather stay buried, either. She's both the family's greatest pride and the bane of her family's existence, especially once her classmates, and figures from Matt's past, become aware of her work and her passion

"Home Before Dark" opens with the Liskos moving from Brooklyn back to Matt's original hometown of Erie Harbor after he loses his journalism job. The family lands in Matt's father's house, and in exchange for living there until they can get back on their feet, Matt and Bridget assume care of Hilde's dementia-stricken grandfather.

Not long after their arrival, Hilde crosses paths with an old friend of her father's – a woman who dies under mysterious circumstances shortly after they meet.

That's the official lead of the story, anyway. Hilde's expertise is in noticing the details, and she's particularly skilled at knowing when she's being lied to – something adults do with kids quite a bit, she tells the viewer. And as Hilde burrows into the case, she uncovers her family's connection to another terrible crime, one that may be the reason Matt fled Erie Harbor in the first place.

She also discovers that the local police, including Matt's childhood friend Frank (Michael Weston) and Frank's corrupt father (Louis Herthum) have an odd investment in making sure that the outcome of a long-settled case stays remains as it is.

A person may wonder whether the writers put too much weight behind Hilde's detective inclinations, but given her determined journalistic spirit and the admirable accuracy with which the script depicts her reporting methods, debating those definitions is splitting hairs after a certain point. Besides, the strength of "Home Before Dark" is established in its first episodes, thoughtfully directed by Jon M. Chu, which depict Prince's protagonist realistically – which is to say stubborn and willful, but worthy of being taken seriously.

There isn't a weak link in the ensemble, actually. None of the kids come off as too precious or intentionally cloying, even though Hilde's new friends Spoon (Deric McCabe) and Donny (Jibrail Nantambu) do at times emit an energy reminiscent of the Disney Channel's acting style. That's excusable.

But as Hilde's older sister Izzy, Kylie Rogers provides a balance of maturity. Izzy supports her sister's investigative fixation even though it's a drag on her own social life. And her character is a nice change from the tendency to drum up sibling tension in less believable teen- and tween-targeted series.

Through the Lisko daughters and their parents, "Home Before Dark," like its streaming contemporary "Stranger Things," channels a distinct 1980s vibe. Both the kids and parents plug into the era's nostalgic, Spielbergian aura of freedom.  There's also a distinct "Goonies" flavor lent to the story by its location that works in its favor. However polished the production may be, its execution isn't entirely flawless; one embellishment that sticks out like a bad set of braces are the many unfortunate attempts at cosmetic aging. The many flashback require such makeup magic, but the prosthetics and painted lines leap off the screen.

Fortunately the series is front-loaded with far more satisfying details than annoyances, enough to make the stumbles bearable if not entirely excusable. We never forget that "Home Before Dark" is a show that appeals to adults while not being expressly about them – no, it is a surging ode to a small girl standing tall as she rises to meet the powers that be who would put her in her place. She's a worthy hero, and one worth tagging alongside for this mystery, and the next.

"Home Before Dark" is currently streaming all 10 episodes of its first season on Apple TV+.