Staggering — and much worse — jobless numbers 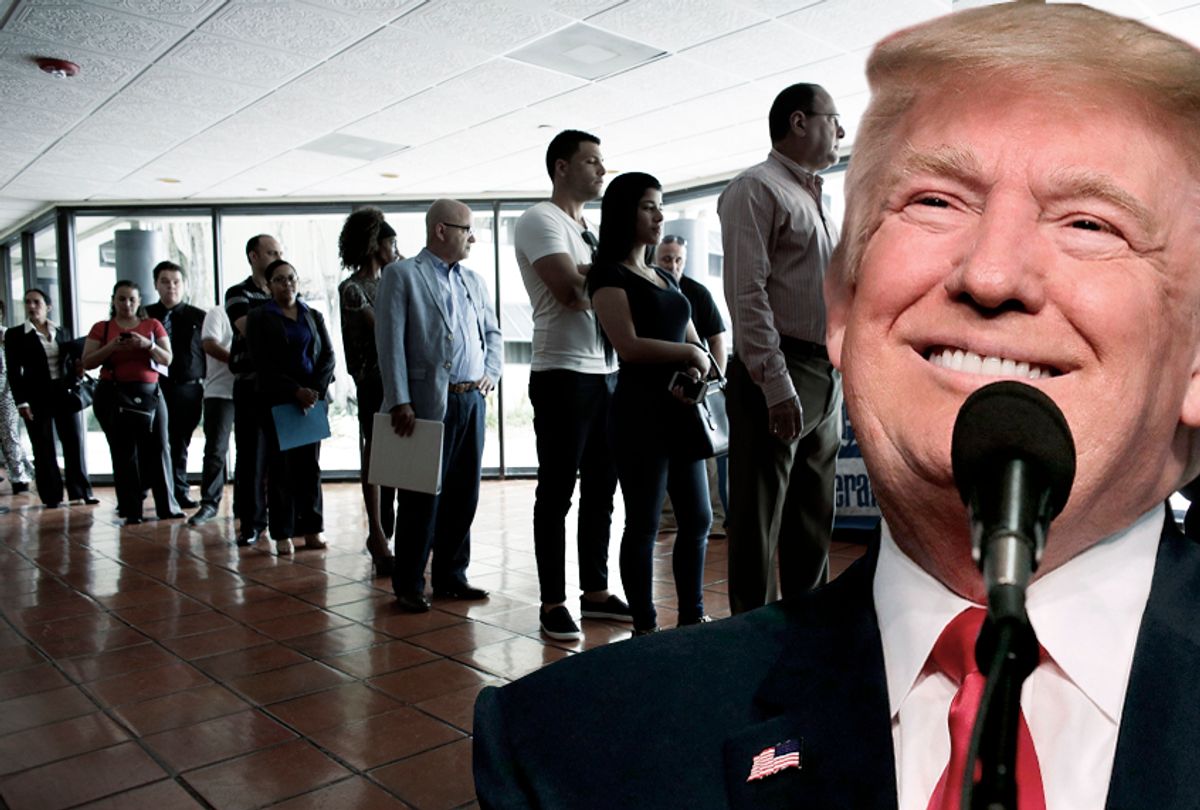 The 3.5% unemployment rate before the coronavirus-fueled pandemic erupted may reach 20% by the scourge's end.

Unemployment is much worse than even the record number of initial claims filed last week suggests. We know this because initial claims for jobless benefits in one state were wildly out of proportion to that state's share of national jobs.

Pennsylvania reported 378,900 of those claims. That's 12% of the nationwide total even though the Keystone State has less than 4% of all U.S. jobs.

Many people could not get through to state offices to file claims either in person, by telephone or online.

In many states, tight restrictions block many people from receiving unemployment benefits. The $2.2 trillion relief bill is intended to address this by making freelancers, gig workers and others not usually eligible for benefits to be able to file claims and collect money.

Pennsylvania residents were on notice that they might be laid off since March 14, the day when Gov. Tom Wolf issued the first in a series of orders limiting public activities to slow the spread of the virus. That means many people had thought in advance about how to file claims.

What the Pennsylvania claims numbers tell us for sure is that when we get the current week's unemployment claim numbers next Thursday, April 2, they will continue to show that millions of people lost their jobs.

At DCReport we predict 1 in 5 Americans will have lost employment as this catastrophe plays out. Before the pandemic, the rate was 3.5%.

The 20% unemployment prediction is based on reports by a host of sources. The prediction should stand unless Donald Trump and governors like those in Florida and Mississippi reopen business because they choose making money over saving lives.