"You can poison people and get away with it": Green New Deal co-author on poverty and climate crisis 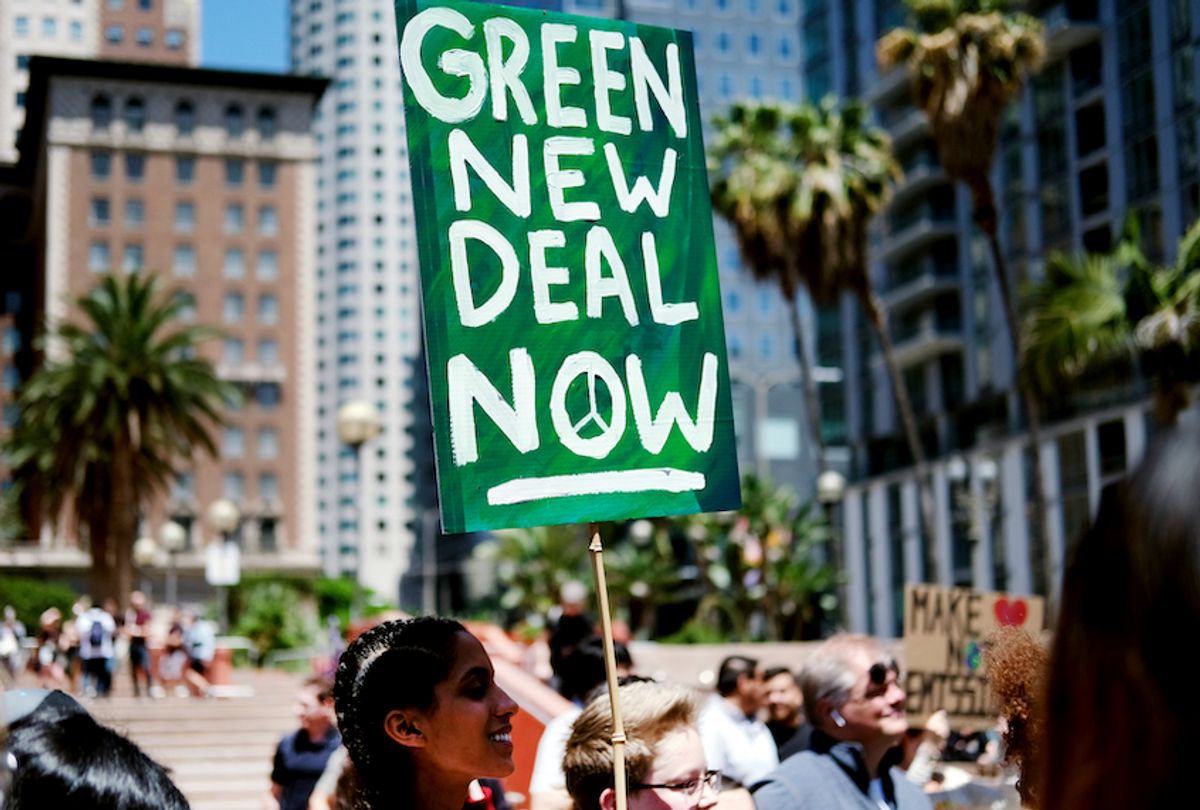 As you may have heard, our house is on fire and the clock is ticking. And that was before the new coronavirus took over.

Since the introduction and subsequent rejection of the Green New Deal, we've seen massive fires in Brazil, in California, and in Australia, all attributed to connected to the human-caused climate crisis. We're one year closer to the catastrophic tipping point predicted by climate scientists, yet no closer to turning a mission to prevent it into actual policy.

"I just sometimes get frustrated because it seems like we are placing politics on the level of a force of nature when we are dealing with actual forces of nature," Rhiana Gunn-Wright told me in a recent interview for my podcast Inflection Point.

The Green New Deal resolution, which passed the Democrat-majority House but was rejected by the Republican-majority Senate, calls on the federal government to dramatically reduce greenhouse gas emissions, create high-paying jobs, ensure that clean air, clean water, and healthy food are basic human rights, and work toward ending all forms of oppression.

I spoke with Gunn-Wright to find out what the creators of the Green New Deal are doing to combat the climate crisis and the many systems of oppression that caused it – and how we as planetary citizens can bring the Green New Deal to life despite it's being killed in Congress.

Growing up in the Inglewood neighborhood in the Southside of Chicago, Gunn-Wright didn't have the kinds of interactions with nature that lead many to fight for the environment. It wasn't until she started taking on poverty policy for Detroit's frontline neighborhoods that she saw the connection between social inequality and environmental justice.

"Detroit is a really concrete example of what environmental injustice looks like," Gunn-Wright told me. "You can stand in the [Southwest Detroit] community center and look across and see the fumes from the oil refinery. They're building a bridge there where they're going to have a ton of diesel trucks and there's no sort of environmental regulations in terms of making sure that the trucks are retrofitted or protecting residents who they didn't buy out to build the bridge. The housing stock in Detroit is also incredibly old and a lot of residents don't have the money to renovate. So there's actually still a fair amount of lead paint."

With a decaying infrastructure that includes aging stormwater systems, poor and working-class neighborhoods in cities like Detroit are particularly vulnerable to devastating effects of climate change like flooding. And the few cities that are committing to using green infrastructure now do so through raising property taxes and gentrification.

"A friend of mine at the Union of Concerned Scientists calls it 'a world of fortresses,'" Gunn-Wright told me. "Do we want to solve climate in a way that actually cares for everyone and tries to preserve the dignity of all of the life on this planet? Or do we do it in a way where we allow a world of fortresses where people who are wealthy enough can protect themselves and amass the resources that they need to protect themselves, and the rest of us have to do whatever we can to take care of ourselves in an increasingly resource-constrained world?"

Gunn-Wright says that the Green New Deal seeks not only to repair the environment through stricter regulations and monitoring of polluters like those in Detroit, but also to rework economic systems so the most vulnerable of communities can become thriving power centers.

"There's a term called 'sacrifice zone'," she said. "It just highlights the fact that there are places in our country and really in the world where you can poison people and get away with it because those folks aren't listened to in the system. They're sort of shuffled aside and companies have exploited this to their advantage. A lot of the Green New Deal is about redistributing power and building power in communities that have been marginalized where they haven't had much investment."

You can find a link to the entire Green New Deal here.

Listen to my in-depth conversation with Rhiana Gunn-Wright. And check out her Inflection Point Toolkit for how you can plug into the Green New Deal too. She shares how to undo decades of inequality through systemic change, and how to prevent our country from becoming a nation of fortresses and sacrifice zones.

And when you're done, come on over to The Inflection Point Society, our Facebook group of everyday activists who seek to make extraordinary change through small, daily actions. Subscribe to "Inflection Point" to get more stories of how women rise up right in your feed.