Emergency responders say the poor are dying of COVID-19 in their homes, and appear to be missed in pandemic tallies 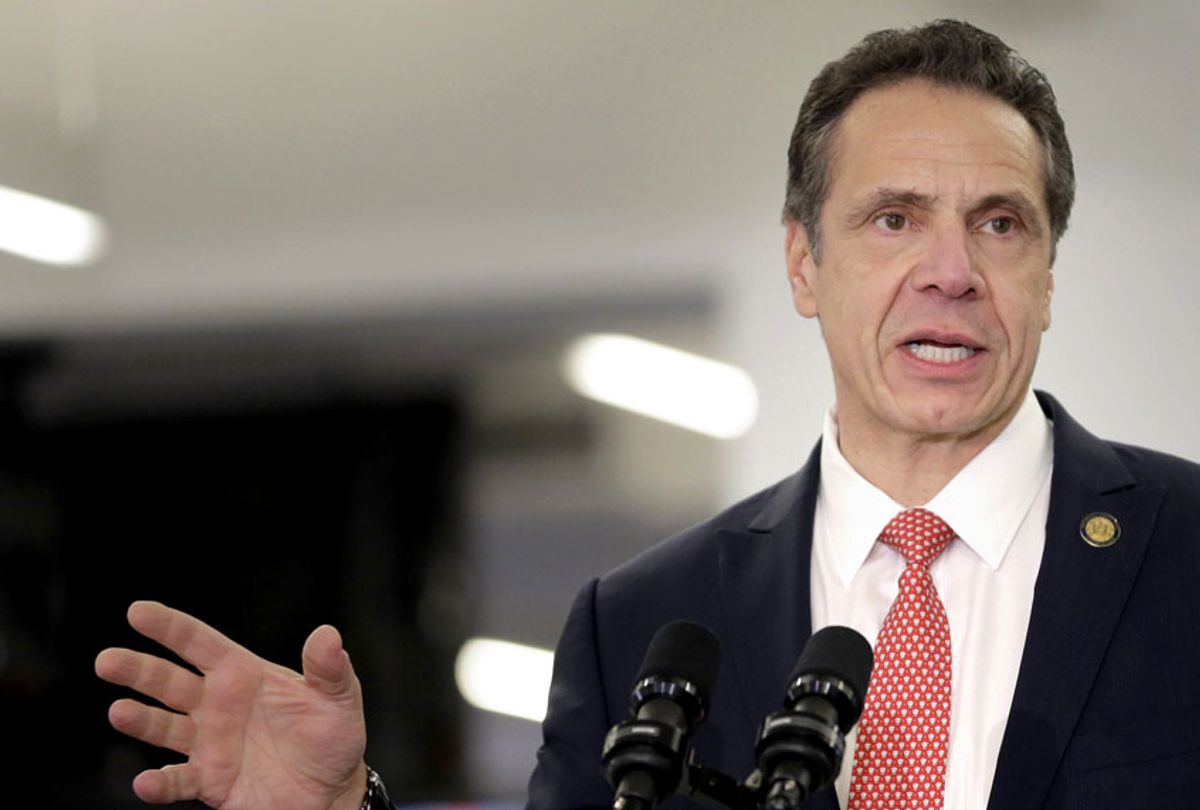 In the midst of this brutal pandemic, the nation's governors are the ones that are leading the nation to try to keep the coronavirus from spreading. Yet even their best efforts may fall short of containment.

That's because the coronavirus is zeroing in on the nation's poorest and most vulnerable, who, for decades, have been existing off of our public health radar. As this subgroup of victims often dies in their homes, first responders with whom I spoke believe that many of these patients will be forgotten in the hospital-centric COVID-19 body count.

This final disenfranchisement is the culmination of a lifetime of health care deprivation, resulting in the prevalence of chronic diseases like diabetes and heart disease in this population. Moreover, it appears that those dying of COVID-19 are disproportionately the poor and people of color, attesting to systemic inequality in the United States.

As the Washington Post reported, the Centers for Disease Control and Prevention (CDC) "and most state health departments have not released information about the race and ethnicity of those who have tested positive" for COVID-19. Rather, public reports have "broken down cases by age and gender, while most states have provided information only by county."

But what we are learning from the locales that are tracking the ethnic and racial breakdown of COVID-19 victims is disturbing.

"The virus is an equal-opportunity crisis … but the impact and the burden of it is not going to be shared equally,'' Dr. Ashwin Vasan, a public health expert and assistant professor at Columbia University, told USA Today. "Like most things in society, it's going to be regressive. It's going to be felt disproportionately by the poor, the vulnerable, the marginalized, and obviously that falls down in this country on communities of color.''

Between the near universal lack of testing, the propensity for the poor and undocumented immigrant populations to avoid official places like the hospital, and the crush of dead bodies from coast to coast precluding autopsies, we really have no idea where we are in the spread of this existential threat.

This is not merely a manifestation of systemic racism and classism. It reveals a lack of situational awareness about the trajectory of the pandemic itself, which will seriously undermine containment. It also will determine how long we as a nation, as a planet, have to manage every aspect of our lives around an invisible killer virus.

Consider how on April 5, during his daily COVID-19 update, Governor Andrew Cuomo told the nation that the state had recorded 594 COVID-19 deaths — a decline from the 630 daily deaths reported the day before. "You could argue that you are seeing a plateauing," Cuomo told reporters.

His sanguine assessment of a "flattening" was repeated the following day on Sunday, when the day's death toll hit 599 — higher than 594 but still below 630, the toll of two days earlier.

On Monday, when the day's death total was 731, Cuomo tried to explain it away as a "lagging indicator."

Cuomo has pointed to a decline in COVID-19 hospitalizations, admissions to intensive care units and intubations — the insertion of a breathing tube hooked up to a ventilator — as more proof of a "possible flattening of the curve."

This cautiously upbeat yet seriously flawed assessment was celebrated by the news media, itself battle weary from reporting a non-stop stream of grim news capped off each day by the buffoonery of our modern-day Caligula in the White House.

Over that weekend, as a reporter for the Chief-Leader, which covers New York City's civil service, I was in constant contact with the city's FDNY Emergency Medical Services (EMS) unions and their members, who were describing a horrific spike in fatal cardiac arrests in people's homes on an unprecedented scale.

Moreover, the odds of a 911 cardiac patient surviving dropped markedly as well. In 2019, FDNY EMS got between 54 to 74 cardiac calls that resulted in between 22 to 32 deaths a day.

By contrast, in the midst of this pandemic, the department was averaging 300 such calls that ended with well over 200 of these patients dying in their homes.

As a consequence of the unprecedented demand from the pandemic on the city's hospitals, for the first time EMS crews were ordered not to transport cardiac-arrest cases to the hospital if they were unable to restart the patient's heart at the scene.

"No adult non-traumatic or blunt traumatic cardiac arrest is to be transported to a hospital with manual or mechanical compressions in progress without either return of spontaneous circulation or a direct order from a medical control physician unless there is imminent physical danger to the EMS providers on the scene," reads the directive issued by the Regional Emergency Medical Advisory Committee (REMAC) of New York City.

Under an obscure New York State public-health law, REMAC is designated to "develop, approve and implement pre-hospital treatment and transport protocols for the City of New York in the event of an emergency."

There is no confirmation that any of these latest cardiac arrest deaths playing out in people's homes as part of this catastrophic spike are COVID-19 related.

As I reported in the Chief-Leader, unlike the hundreds of COVID-19 deaths occurring in the city's hospitals, which are registered as such, there is no such tracking of the deceased encountered by the FDNY EMS personnel.

"Our members have been saying they just are not seeing this flattening of the curve if you look at call volume and the crazy increase in cardiac deaths," said Vincent Variale, president of DC 37's Local 3621, which represents the FDNY's EMS officers. "This pandemic in not just playing out in the hospitals but in the community and in people's homes."

Variale, who himself just recovered from a bout with COVID-19, is concerned that actual containment of the pandemic will prove to be elusive without comprehensive testing for both the living and the dead.

"We are never going to get ahead of this disease until we know who has it," he said. "Even now, first responders don't have access to testing and so we can inadvertently spread the disease when we are asymptomatic to the very people we are trying to help."

The number of deaths in New York City is now so large it has overwhelmed the normal corpse processing protocols with crematoriums working double shifts, according to Michael Lanotte, the executive director New York State Funeral Directors Association.

"Even with the additional hours of operation it will take two weeks to get a cremation scheduled," Lanotte said. "I have been told by my members that we are seeing four to six times the normal rate of home deaths."

To get a sense of scale of what's playing out in New York City, consider that pre-COVID-19, the five boroughs averaged 158 deaths a day across all locations.

Not everyone shared in Gov. Cuomo's upbeat assessment.

Dr. Stuart Dichek, who leads the New York Pandemic Response Working Group and is based at Maimonides Medical Center in Brooklyn, shared his frontline perspective on Fox.

"I can tell you that many patients in the Brooklyn area have been dying at home or have been found dead at home," Ditchek said. "The hospitals are overwhelmed so the reporting systems may not be what you believe."

Long before the pandemic, Katy McFadden, a Brooklyn-based nurse midwife and activist and a former neonatal intensive care unit registered nurse, was organizing to bring attention to the stark disparities between the level of health care funding between wealthy communities and poorer communities of color.

"I saw the [FDNY EMS] guidance about not bringing in cardiac arrest cases to the hospital . . . . if you combine that with the widespread lack of coronavirus testing, we have no idea what the actual coronavirus death toll is," she said.