Linda Tripp, a key figure in the scandal involving Bill Clinton and Monica Lewinsky, dies at 70

"To politicians, only sides matter, and the truth becomes a tragedy," Tripp said at a whistleblowers event in 2018 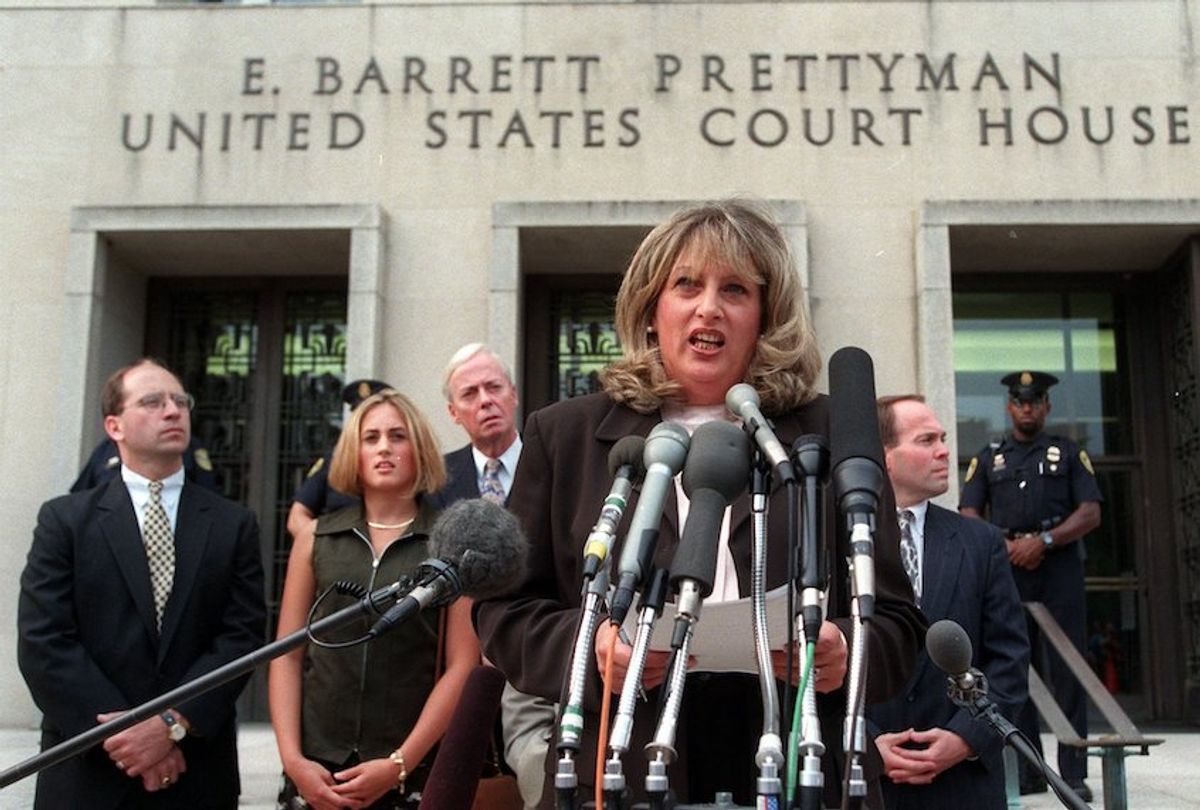 Linda Tripp, the civil servant who played a key role in the scandal involving then-President Bill Clinton and White House intern Monica Lewinsky, died Wednesday at the age of 70.

"My mommy is leaving this earth. I don't know myself if I can survive this heartache. Please pray for a painless process for the strongest woman I will ever know in my entire lifetime," Linda's daughter Allison Tripp Foley posted on Facebook late Tuesday.

Tripp is considered by some to be a whistleblower for her role in exposing Clinton's affair with Lewinsky, then a White House intern during the Clinton administration. Upon befriending Lewinsky and learning about the affair, Tripp — out of "patriotic duty" — made secret recordings of her conversations with Lewinsky. Those recordings, given to then-Independent Counsel Kenneth Starr, ultimately aided in the impeachment of Clinton on perjury charge.

"Linda, if I ever want to have an affair with a married man again, especially if he's President, please shoot me," Lewinsky told Tripp during one of the taped conversations. Tripp was later indicted on charges related to the illegal recordings, but the prosecution opted not to pursue those charges.

Monica Lewinsky tweeted Wednesday, following news of the severity of Tripp's condition, "No matter the past, upon hearing that linda tripp is very seriously ill, I hope for her recovery. i can't imagine how difficult this is for her family."

A key figure in one of the biggest political scandals on the Nineties, Tripp was the subject of countless pop culture parodies, most infamously actor John Goodman's repeated caricature of her on Saturday Night Live alongside Molly Shannon's Monica Lewinsky. On the upcoming miniseries American Crime Story: Impeachment, premiering later this year, actress Sarah Paulson will portray Tripp.

Read more Rolling Stone: Thanks to Trump, There's a Hydroxychloroquine Shortage for People Who Need It