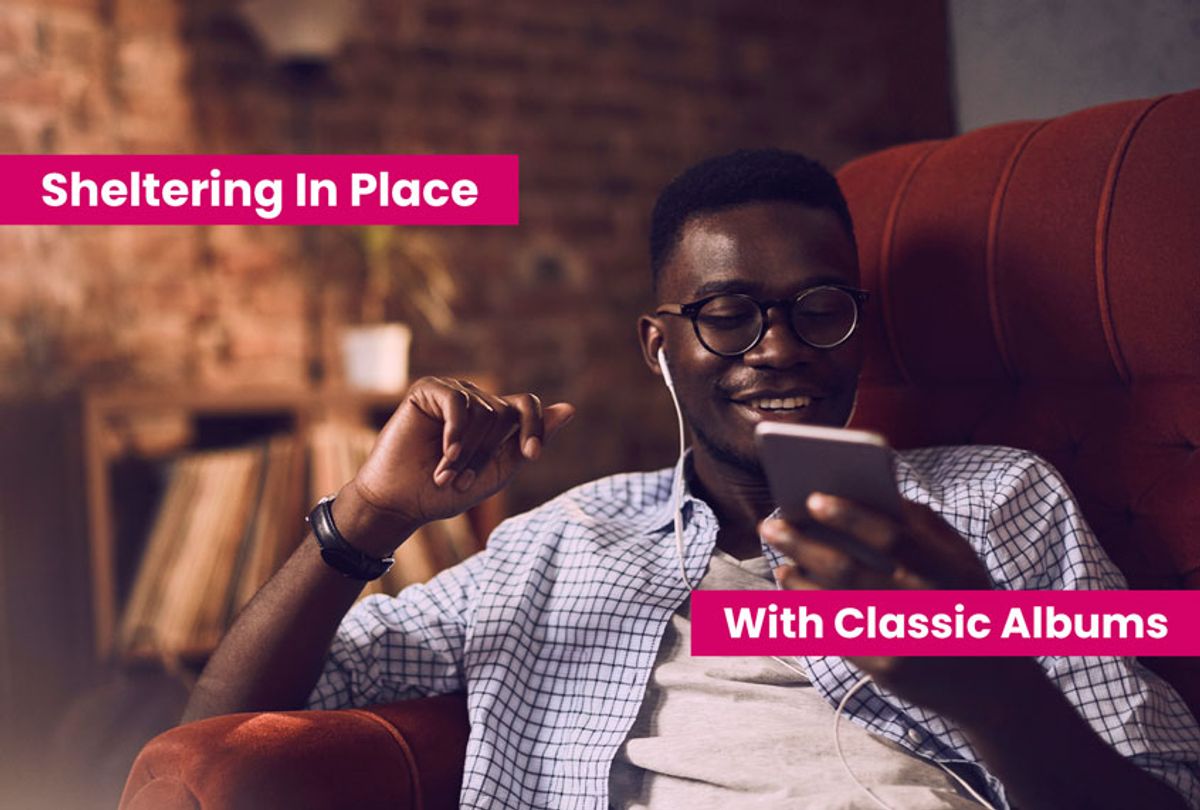 When it comes to sheltering in place, we all need our comfort food now and again. Led Zeppelin's fourth long player — known variously as "Led Zeppelin IV," "The Fourth Album," "the Runes album" and even "Untitled" — perfectly fits the bill.

With the band's fourth effort, Led Zeppelin serves up a rich tapestry of recorded sound. The group's musical gamut on the album is something to behold, ranging from molten heavy metal and a Celtic romp to old-time rock 'n' roll juxtaposed with moments of sheer beauty and grace.

Across their career, Led Zeppelin would merge hard rock and brash eroticism in unique and innovative ways. There is perhaps no better example of this penchant than "Black Dog," which features lead singer Robert Plant pouring forth sensual effusions in the a cappella style of Fleetwood Mac's "Oh Well." The song's musical palette is filled out with the spirited ensemble of guitarist Jimmy Page, bassist John Paul Jones, and drummer John Bonham.

At one point or another, every classic rock band takes a stab at honoring its genre (see the Beatles' cover of "Rock and Roll Music," the Stones' "It's Only Rock and Roll," and the Who's "Long Live Rock," and you get the idea). Led Zeppelin's "Rock and Roll" is arguably the best of the lot. With Page channeling his inner Chuck Berry and Plant's vocal laden with echo, the song features a guest appearance by Rolling Stones touring pianist Ian Stewart, who provides a dose of Jerry Lee Lewis to complete the mix.

Listen to "Rock and Roll":

Nearly everyone who's deigned to pick up an acoustic guitar has tried their hands at "Stairway to Heaven," although the song is far more than a novice guitarist's opening gambit. As the epic tale of greed and excess gone wrong, "Stairway to Heaven" never fails to pack an emotional punch. A lyrical and musical tour-de-force, "Stairway to Heaven" afforded Led Zeppelin with their first bona fide arena-ready classic. Just last week, Led Zeppelin enjoyed a legal victory when the US Court of Appeals ruled in the band's favor in a long-running copyright dispute. And why not? "Stairway to Heaven" is one of the group's most original efforts and, perhaps indisputably, their signature tune.

Listen to "Stairway to Heaven":

The sheer terror of songs like "When the Levee Breaks," with its burgeoning guitars and foreboding lyrics is balanced out by "Going to California." Initially written as a paean to the loss and desolation of the fading hippie culture in the early 1970s, "Going to California" takes on new hues of nostalgia and optimism in our days of quarantine and social distancing. With its folk-tinged melodies, "Going to California" reminds us that even in the days of uncertainty and despair, illumination and discovery are still possible in these vexing unprecedented times. We may not know what's on the other side, but we can do this. We may even be better for it, as far-fetched as that may seem in surely one of humankind's most bewildering moments.

Listen to "Going to California":