It's nowhere nearly as much fun as Julian Fellowes' previous hit, but where else are anglophiles going to go? 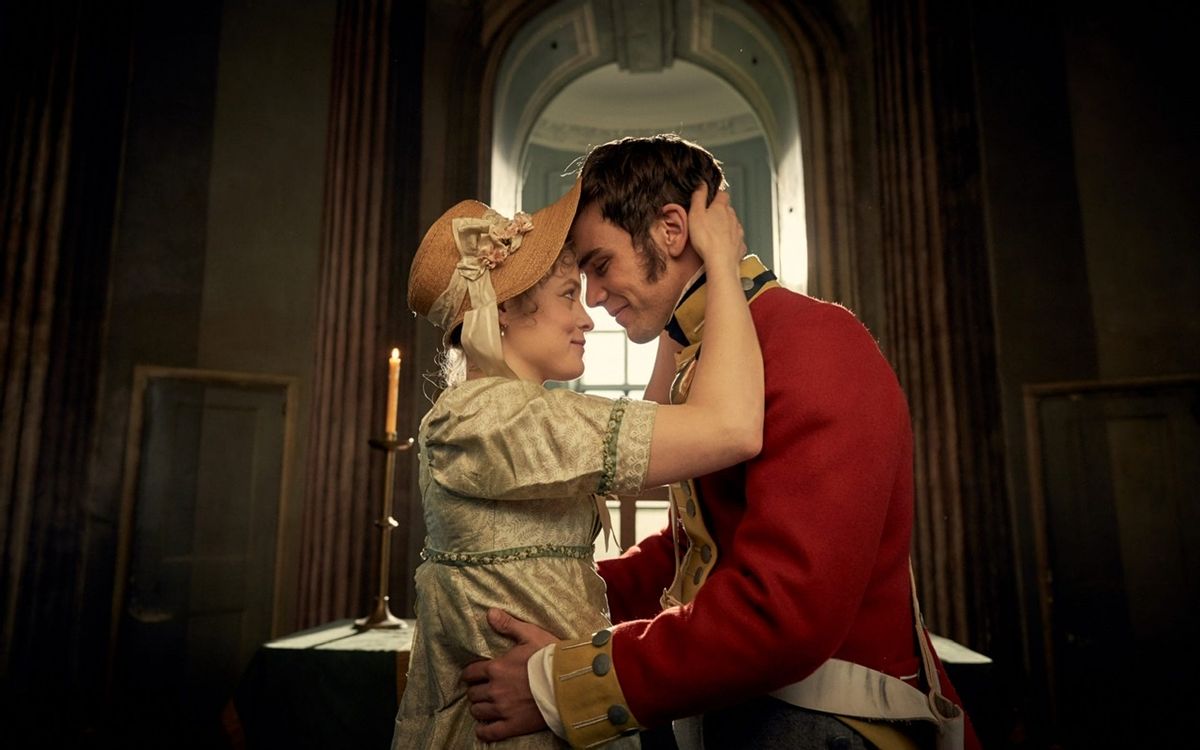 Chalk it up to the times and our circumstances, but Julian Fellowes' "Belgravia" is a noticeably parlor-centered affair. Such is the case with 19th-century British dramas – the important action takes place in large dining rooms and expansive ballrooms as opposed to wide open spaces. There are garden walks, fortunately, but not many shots of city streets. London's crowded thoroughfares are dirty places not fit for ladies and their expensive gowns. Besides, if the settings feel restrainted, that is the point. Especially here.

Still, the close, still air that rules over the story does "Belgravia" few favors.

Fellowes, in case you need reminding, gave us "Downton Abbey," a fantasy in which the nobles stand up for the servants who take care of them, and the Earl of Grantham softens to the reality that Britain's class hierarchy is slowly transforming.

"Downton" casts a long shadow over every British period drama that has arrived in its wake. "Belgravia," based on Fellowes' own 2016 novel and making its U.S. debut on Epix, is not immune to this. To some viewers, in fact, the series suffers in comparison because it exudes less joy and holds a lower level of rarified snark in its corseting. Not even the familiar melodic sparkle of John Lunn's score can compensate for its humor deficit or the glaring lack of a character on par with Maggie Smith's razor-witted Dowager Countess.

However, if you can accept the story's Dickensian flavor and content yourself with Tamsin Grieg's heartbreaking performance and Harriet Walter's bone-dry and class-conscious bitchery, then break out your best china service and settle in . . . some more.

One aspect of "Belgravia" that feels different now, as hinted above, is the overwhelming closeness of the era's gracious and opulent interiors. The majority of the series takes place in the mid-1840s, and appropriate to the period, many significant interactions take place inside the grandest rooms of opulent estates, or before sullen fireplaces in humbler abodes. Everyone is shoulder to bosom, a sight that would have delighted us a few weeks ago but now just makes a person want to stick her head out of an open window.

Mostly though, the inside conversations and populated streets only amplify the stuffy feeling "Belgravia" instills in persons suffering from harmless fevers of the hay and cabin varieties. If the story weren't so stoic, maybe that wouldn't matter. But it is a solemn affair, one in want of a few more open windows and a breeze.

Our story begins at a famous ball in Brussels (based on a real event – it's that fancy!) that dances away on the eve of the Battle of Quatre Bras, which pit British-allied forces against Napoleon Bonaparte's armies. It is at this heady affair where we are introduced to James Trenchard (Philip Glenister) a merchant building his success on alliances with aristocrats. High society looks down on James and his wife Anne (Greig), and their "betters" wonder how they wrangled an invitation. Chalk it up to the beauty of their daughter Sophia (Emily Reid), who has won the heart of Lord Edmund Bellasis (Jeremy Neumark Jones), an officer in the Duke of Wellington's army.

Alas, the lovers are not destined for an ever after, happily or otherwise. Edmund is called off to battle, Sophia's heart is broken, and both of them come to an unexpected end. The Trenchards' devastation lasts long after losing their daughter.

Leaping forward a quarter of a century, and Anne happens to be attending a social tea where she meets the Countess of Brockenhurst (Walter), sister to the Duchess who threw the legendary ball in Brussels and the late Lord Edmund's father. The bereaved mothers exchange a few kind words.

What Anne does not tell the Countess, however, is that the memorable romance their children shared resulted . . . in a baby boy. Twist!

Now before you get your knickers in a similar twist by declaring "spoiler!" bear in mind that this historic setup rolls out swiftly in the first episode. The real class battle occurs after that tea, when Anne returns to the Countess to reveal that they share a grandson, who was left to be raised by a country vicar. The Countess, in response, behaves most unbecomingly. Like a grand old "see you next Tuesday," if we're being frank. And we are!

Once the Countess cools down, she realizes that since she and her husband Peregrine, the Earl of Brockenhurst (Tom Wilkinson), have no heir – Lord Edmund was their only son – perhaps they should look in on their lost grandson. Lo and behold, the boy, Charles Pope (Jack Bardoe), has grown up to be a hot catch of a cotton merchant. The Countess is beguiled!

From this point on, quiet tension, buttoned-down anger, and parlor schemes rule the day. Charles is a lovely gentleman – adventurous, kind, humble and a self-made success. And he can't fathom why the Earl and Countess have suddenly taken a shine to him.

Neither can the high society drips surround them, including the Countess's entitled fop of a nephew John Bellasis (Adam James) who, along with his useless father, is biding his time to inherit the family fortune and cheat on his soon-to-be wife Lady Maria Grey (Ella Purnell).

The Trenchards, meanwhile, are stuck with a thankless and useless son Oliver (Richard Goulding) and his status-obsessed wife Susan (Alice Eve).  Both Anna and the Countess would much rather dote on their kind, brilliant grandson, except each couple's relationship to him is a secret and, more importantly, they hate each other.

There's also a "downstairs" element to "Belgravia," with servants acting as av c Greek chorus. None receive the sort of character development that might place them on par with the Grantham family's staff.

This being a Julian Fellowes joint, "Belgravia" pretty much telegraphs where it's headed from jump to landing. Fellowes may be channeling the grim of Victorian tragedy but enough of his signature flair and a few anachronistic touches make Belgravia's bleaker elements palatable. The villains behave badly, and a few learn their lesson and improve their souls in the bargain. War breaks out over tea, peace is brokered over multi-course dinners.  Everyone and everything glows beautifully in candlelight.

The result is a lushly brocaded and silky affair that has its good points despite the murk in its tone, and the clutch players in the ensemble – Grieg, Walter, Glenister and the happy couple around which this world whirls – make palatable the slower stretches in the story. "Belgravia" doesn't transport us into a dream as easily and skillfully its predecessor did. But the very least, it adopts a touch of luxury to the art of sitting, brooding, doing little, and waiting for misfortune to pass.