Did Lindsey Graham just violate the 14th Amendment during a Fox News appearance?

During a discussion with Sean Hannity, Sen. Lindsey Graham made an extraordinary statement. 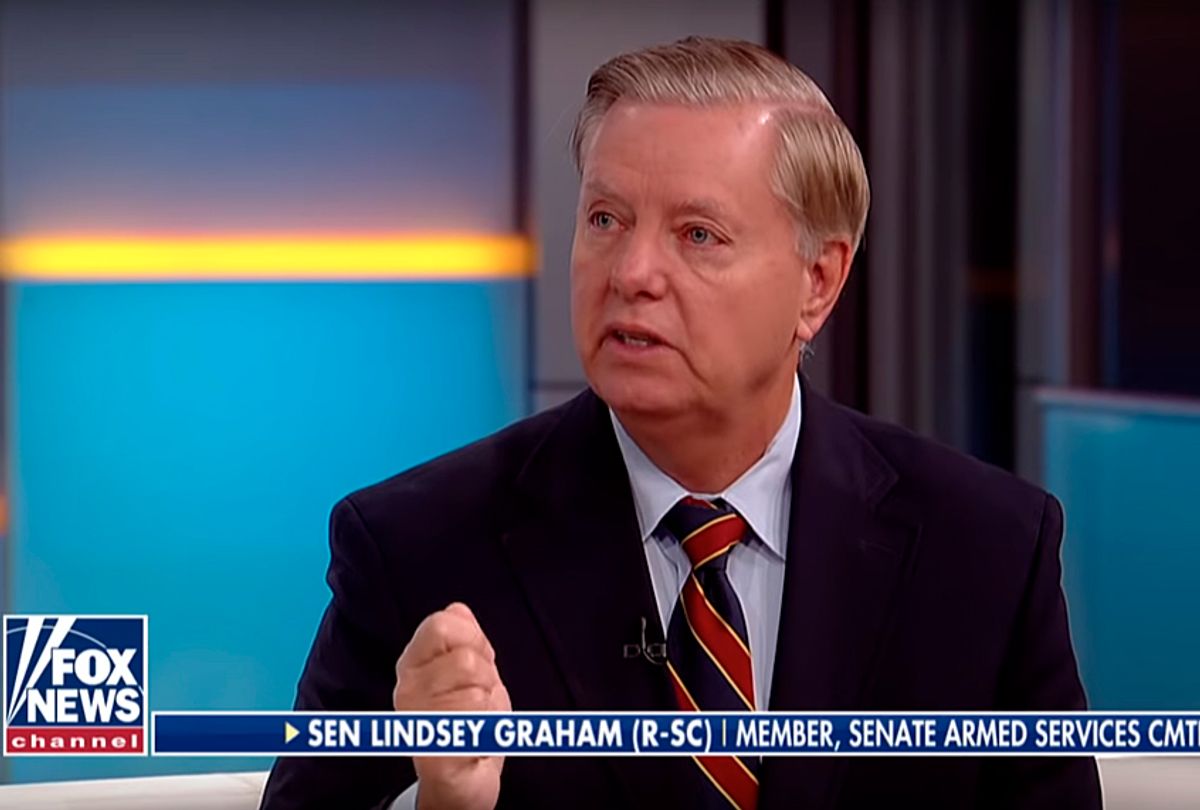 On Fox News Thursday in discussion with Sean Hannity, Sen. Lindsey Graham (R-SC) made an extraordinary statement: That he wants the United States to "cancel" some of the national debt held by the Chinese government as punishment for allowing the coronavirus to spread beyond its borders.

"I want to get the medical supply chain back in the United States, and I want to start canceling some debt that we owe to China, because they should be paying us, not us paying China," said Graham. "So I think you're going to see a bipartisan pushback against China to punish them so severely to deter them in the future."

Putting aside the thorny legal question of whether a foreign country can be legally held at fault for the spread of a deadly disease, there is a big problem with what Graham is proposing: the 14th Amendment.

The amendment, one of the three "Reconstruction Amendments" passed in the wake of the Civil War, contained a clause at the end that was designed to prevent Southern politicians — who historically wielded outsized power in Congress — from canceling the U.S. war debt, which could have shielded the white landowners who led the war effort from having to pay taxes: "The validity of the public debt of the United States, authorized by law, including debts incurred for payment of pensions and bounties for services in suppressing insurrection or rebellion, shall not be questioned."

At a bare minimum, this amendment would appear to make it unconstitutional to "cancel" Treasury bonds held by the Chinese government or businesses. But it might go even further than that — some have interpreted the phrase "shall not be questioned" more literally, to mean that public officials are bound not to say anything that would make creditors "question" the validity of the public debt. If that is the case, then Graham would have violated the Constitution simply by saying he wants debt held by China to be canceled.

Either way, far from the "bipartisan pushback" Graham is predicting, his idea will go nowhere.