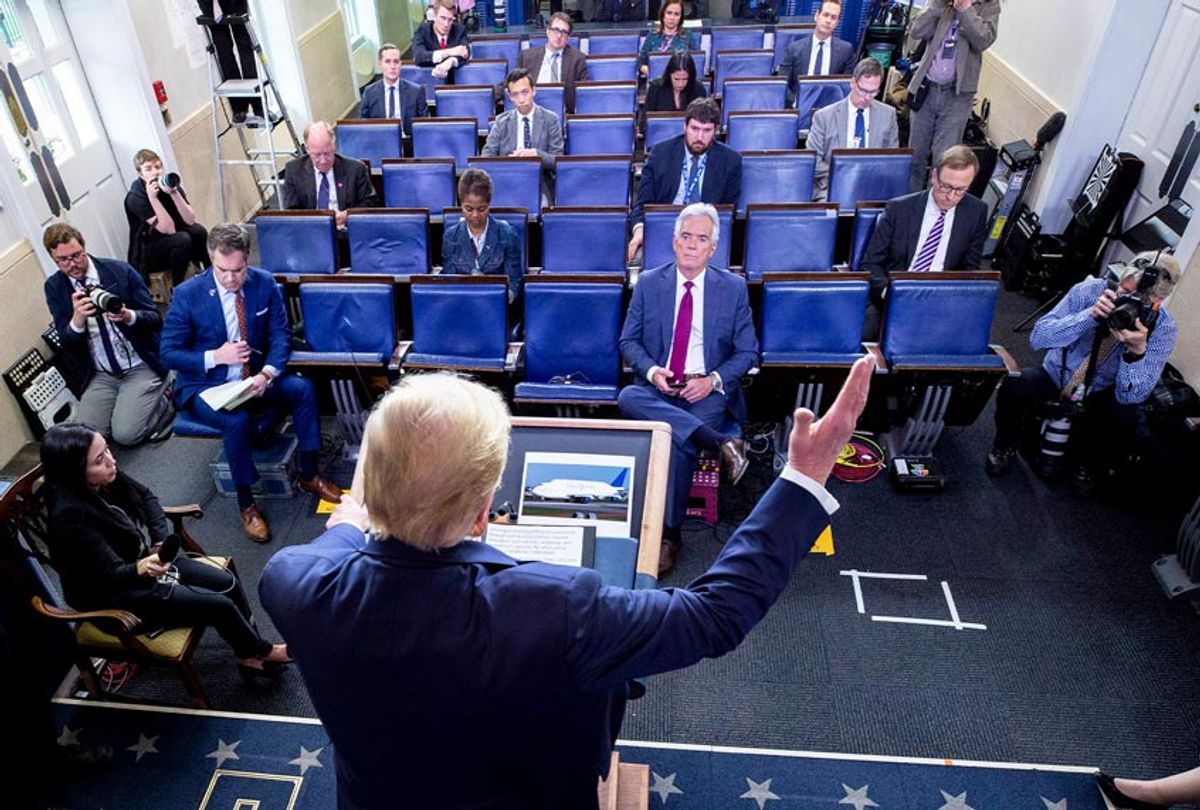 If the world is high school, The United States is the most popular girl: hated by many, worshipped by some and watched by all. Nothing goes unnoticed. This nation's response to the COVID-19 virus has been broadcast to the world and closely observed. Each misstep, every reversal of policy and each statement of misinformation, along with the ways in which our states and the federal government are not in communication or cohesion, projects highly valuable information to the world, and to our enemies in particular.

When I worked undercover as a CIA officer assigned to the Counterterrorism Center, specifically the biological weapons group, I was acutely aware of what information the administration was broadcasting to the terrorists I was tracking. In order to fully understand these terrorists I had to fully understand how and why they saw the United States and Americans as the enemy. Knowing exactly what they perceived as our vulnerabilities helped me suss out their plots to kill massive amounts of people with singular and simple deployment. My thinking as I sought to shut down chemical plans was not only to know the enemy but also to know how the enemy knows us.

When I apply that thinking and methodology to President Trump's response to COVID-19, I see a nation that not only is in danger of the virus itself, but in danger of attacks — in varying forms — from our enemies. Each time blatantly wrong messages are put out, such as when President Trump said, "We pretty much shut it down coming in from China," we are letting our enemies know that this administration does not have a clear, concise and effective plan for how to manage a crisis, since there is no acknowledgment that a crisis even exists. When Gov. Andrew Cuomo of New York, which currently has more cases than any other state (more than 160,000 as of this writing) regularly appears on national television and begs the federal government for ventilators, our enemies know that the individual states of this union are not getting the support and infrastructure necessary from the federal government. And the battle between states as they try to get medical supplies displays the disjointed state of the union today.

Compare this to the responses of former presidents during times of national crises — FDR with the banking crisis of 1933 and George W. Bush after the attacks of Sept. 11, for example. In each case, the president's response exhibited unity, clarity, and the mobilization of the U.S. as a whole to react effectively. Our enemies saw the power of a nation in unity; a nation with a singular focus to keep its citizens safe.

Last month, the Federal Protective Service, a department of the U.S. Department of Homeland Security, issued an unclassified memo stating that violent white supremacist extremist groups have said they have an "obligation" to spread the coronavirus. These groups had pinpointed the vulnerabilities as being law enforcement agencies and minority communities. Ten days ago the Health and Human Services Department was targeted in a cyberattack. It was not reported that the department was compromised, but several tweets of misinformation followed that appeared to come from the CDC but were actually put out by the hackers. So this is not hypothetical: Enemies have already begun to mobilize in face of the chaos and confusion currently being exhibited by the United States.

COVID-19 is a global pandemic; it reminds us that we are all connected, all citizens of the same planet. It is this country's responsibility, as the most watched nation in the world, to act responsibly, morally and wisely. So far, all we have shown is that we do not have leadership, we do not have supplies or equipment and we do not have a cohesive communication system.

It is now crucial that we shut down our vulnerabilities, end our differences between political parties and states and rise up as a unified nation who can hold fast and secure against our enemies. After all, the next pandemic, the next act of bioterrorism, the next dangerous cyber-hack, is just a click away.

is a former staff operations officer at the CIA’s Counterterrorism Center and a special agent at the FBI’s Los Angeles field office specializing in Chinese counterintelligence operations. She sits on the Board of Directors for Girl Security, a nonprofit, nonpartisan group that brings national security curriculum to girls in high schools throughout the U.S. Walder is the author of "The Unexpected Spy: From the CIA to the FBI, My Secret Life Taking Down Some of the World's Most Notorious Terrorists." Follow her on Twitter.