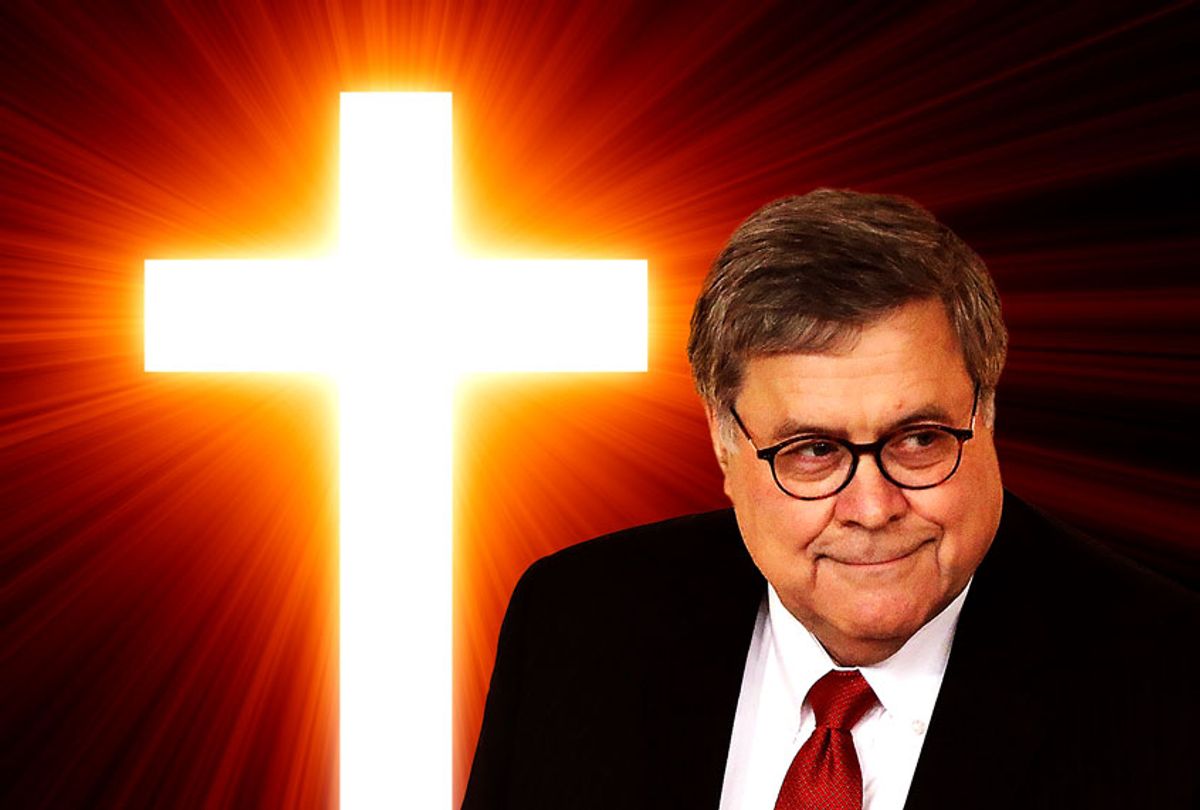 Attorney General William Barr said churches would not be "singled out" in coronavirus restrictions imposed around the country as the Department of Justice backed a Mississippi church that held a drive-in Easter service.

The Justice Department filed a statement in support of a Greenville, Miss., church after the city fined congregants $500 each for attending a parking lot sermon they could listen to using their car radio, according to Politico. The city later dropped the fines.

Barr said in a statement that the city had unfairly targeted the church.

"The city of Greenville fined congregants $500 per person for attending these parking lot services while permitting citizens to attend nearby drive-in restaurants, even with their windows open," Barr said. "The city appears to have thereby singled churches out as the only essential service (as designated by the state of Mississippi) that may not operate despite following all CDC and state recommendations regarding social distancing."

Barr argued that "the First Amendment and federal statutory law prohibit discrimination against religious institutions and religious believers" in spite of the coronavirus pandemic.

"Thus, government may not impose special restrictions on religious activity that do not also apply to similar nonreligious activity," he said. "For example, if a government allows movie theaters, restaurants, concert halls and other comparable places of assembly to remain open and unrestricted, it may not order houses of worship to close, limit their congregation size or otherwise impede religious gatherings. Religions institutions must not be singled out for special burdens."

The DOJ sided with the Temple Baptist Church in the Greenville case, Fox News first reported, after the church and the conservative group Alliance Defending Freedom filed a lawsuit over Mayor Errick Simmons' order barring any church services until the restrictions are lifted.

"The allegations in this complaint strongly suggest that the city's prohibition of drive-in church services, despite the inclusion of measures to reduce the risk such as requiring people to remain in their cars, are neither neutral nor generally applicable," the Justice Department said.

"Thank you to the Trump administration and Attorney General Bill Barr for this strong stand in support of religious liberty," he said. "The government cannot shut down churches. Mississippi is not China. This is still America."

Reeves previously accused Simmons of "trying to get publicity" and dismissed his order as "overzealous."

Simmons rejected the claims that he targeted the church.

"This smear campaign full of lies about my beliefs are unfounded," he said this week. "To publicly state this mayor is targeting a church is unacceptable and reprehensible."

"What we're asking for is definitive guidance regarding drive-in and parking lot services — that's what the issue is," he said. "This whole incident has been taken out of context. It's a misrepresentation of the officers, this council and this mayor."