Michael Avenatti will also be released for 90 days, but underprivileged populations at Rikers Island must remain 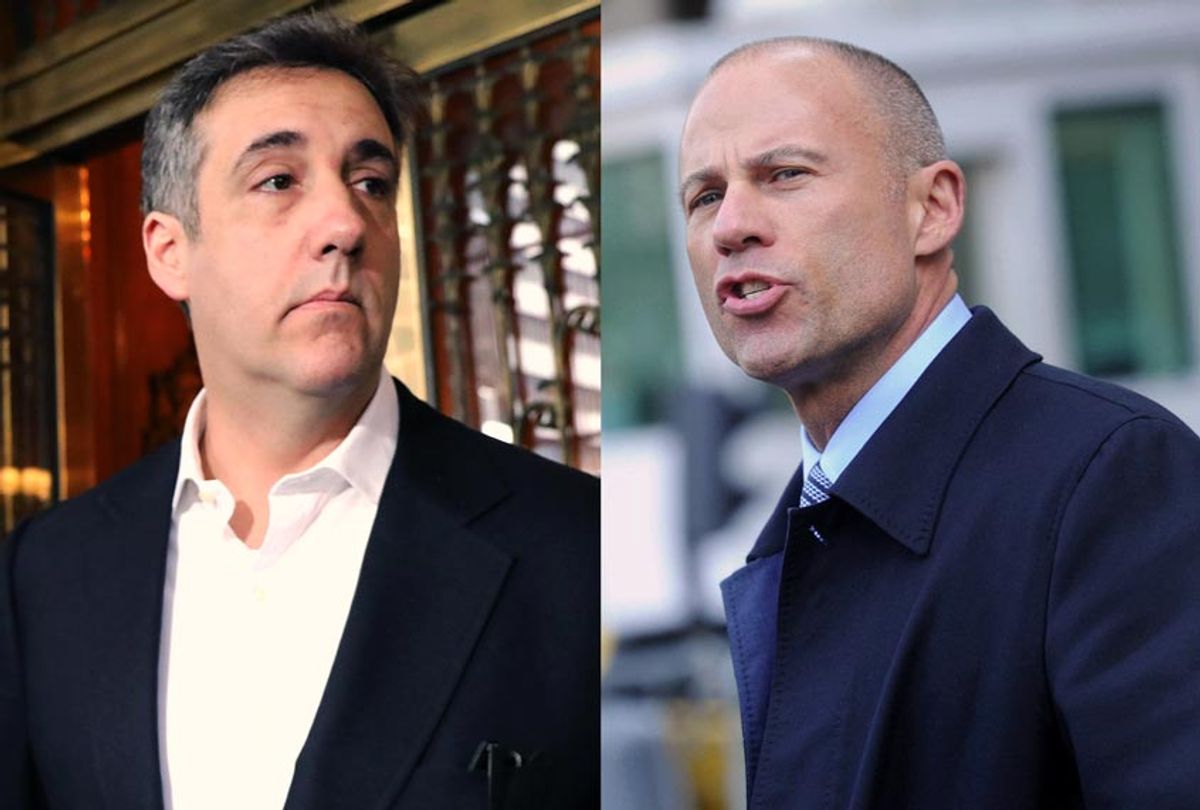 The federal Bureau of Prisons told Michael Cohen, the former attorney and "fixer" of President Donald Trump turned felon, that he would be released early amid concerns about the spread of the new coronavirus.

Cohen has been serving a three-year sentence at the federal prison in Otisville, N.Y., after pleading guilty to multiple crimes, including campaign finance violations. While he was originally slated for release in November 2021, he will now serve the balance of his sentence under home confinement. Federal records show that 14 inmates and seven staff members at Otisville have tested positive for COVID-19, and Cohen will quarantine himself for two weeks before release.

Avenatti's recent home, Manhattan Correctional — which held the infamous drug lord Joaquin "El Chapo" Guzman and convicted child molester Jeffrey Epstein — is not a minimum-security facility. And Cohen's prison, Otisville — one of America's poshest prisons known for holding white-collar and D-list scoundrel — was also not on the list of the three facilities initially identified as coronavirus hotspots.

Jails such as New York's Riker's Island — where the majority of the population is black and Latino men from poor New York neighborhoods — also did not qualify. On April 15, a judge denied petitions from 20 inmates for early release, despite pleas from the jail's chief physician that cases were spiking and the facility was turning into a "public health disaster."

"Michael Cohen will be released from prison due to COVID-19. He'll serve out his term in home confinement," public defender Eliza Orlins tweeted. "Meanwhile, Manhattan DA Cy Vance won't release people from Rikers. Yet another stark example that we have one system for the privileged and another for everyone else." (Orlins is running for Vance's seat.)

Criminal justice advocates, who point to prisons as primed for outbreaks, say the facilities are not doing enough to protect inmates. The Bureau of Prisons claims to have released more than 1,000 convicts into home confinement, calling it a "tremendous logistical lift that was accomplished through the marshaling of all of BOP's resources."

A federal judge denied Cohen's petition for early release earlier this month, saying it "appears to be just another effort to inject himself into the news cycle." (The Bureau of Prisons can move prisoners independently of a judicial order.)

Barr himself appeared to take aim at Cohen. In a press conference held last month to discuss coronavirus releases, the attorney general said, "Frankly, someone in Otisville, N.Y., in a low-security facility is probably better off than if he's released home into New York City."

In a recent appearance on the Howard Stern show, Rosie O'Donnell recalled her prison visit with Cohen, before the outbreak. "He looks good. He looks thin. He looks fit. He looks rested," she said. "'Camp Cupcake' they call it, I think, because it's an easier way to do your time."