If Trump won't abide by the rules, "it’s hard to tell the rest of the America" to do the same, "The View" host says 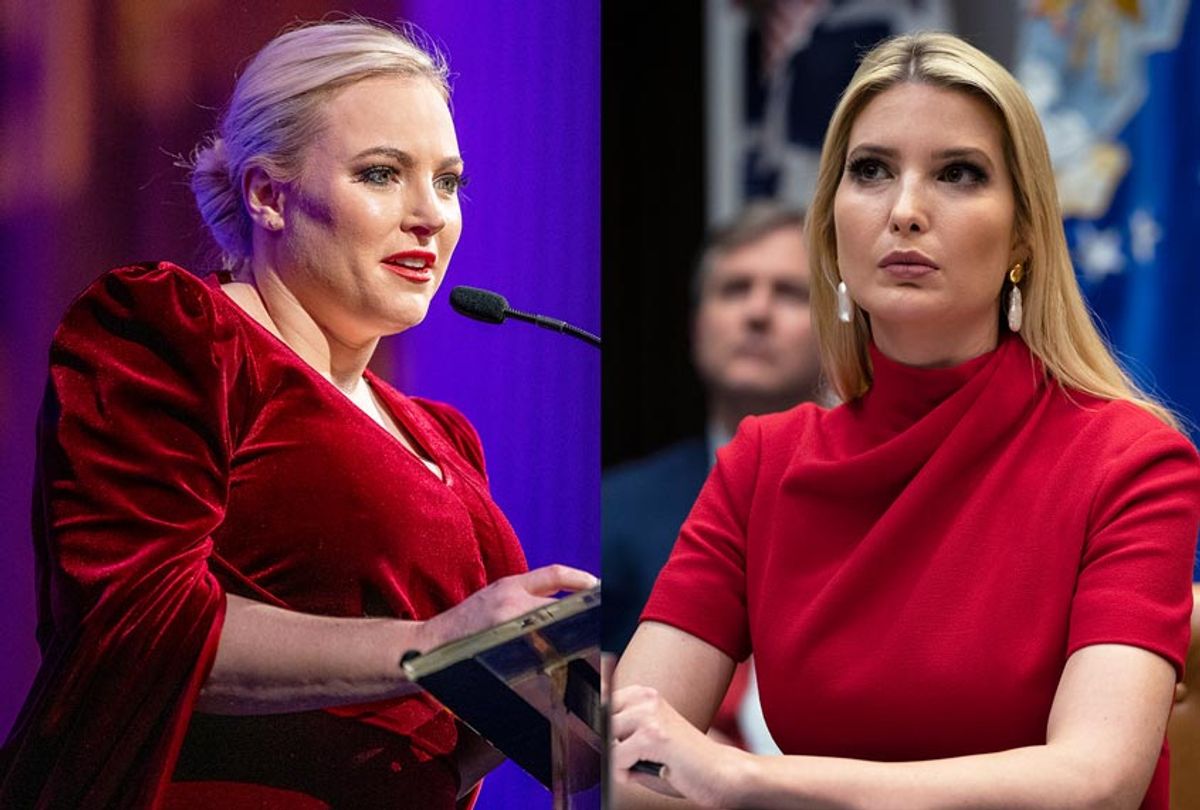 "The View's" Meghan McCain on Friday had some unkind words for first daughter Ivanka Trump, who infamously broke the Trump administration's recommendations on interstate travel by going to New Jersey to celebrate Passover.

While the women of the show discussed whether it was appropriate to "pandemic shame" people who aren't obeying social distancing protocols, McCain brought up Ivanka as an example of someone who deserves shaming.

"Ivanka Trump went on her Instagram and . . . said people needed to stay at home if they can," she explained. "She then proceeded to go to her second home in New Jersey, breaking her own rules and breaking the rules that were set in place."

McCain then revealed that she's found it tough to be stuck at home for several weeks, but she's kept at it because of the risk to both her own health and the health of others.

"If we have our first daughter, who is not abiding by the rules in place, it's hard to tell the rest of the American public that they should abide by those rules," she said.