Miller's hardline refugee policies revived: “Only a matter of time before the situation blows up" 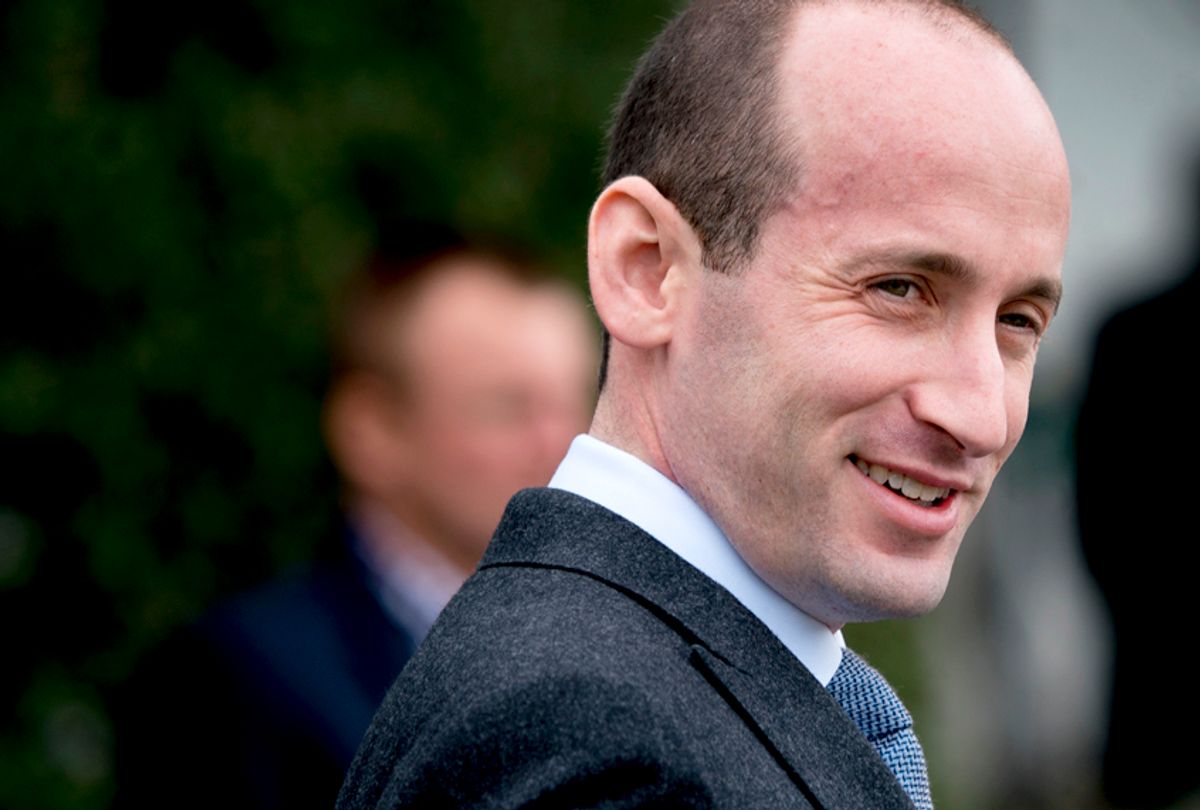 Following a shakeup at the Department of Health and Human Services, the hardline refugee policies championed by senior White House adviser Stephen Miller and other immigration hawks have made a comeback, Politico reported Thursday.

While the country was consumed by the coronavirus pandemic last month, the Trump administration quietly replaced the head of the Office of Refugee Resettlement (ORR) with the immigration hawk Heidi Stirrup. The office, which came under fire in 2018 for its central role in the family separation crisis at the southern border, is reportedly trying to slow down the transfers of migrant children from Border Patrol to HHS shelters. The move would leave those children in Border Patrol custody for an extended period of time.

Officials are also reportedly considering whether to bar undocumented adults from taking custody of refugee children — a George W. Bush administration policy — and pushing to resume the practice of fingerprinting adults in homes which accept refugee children. The policy deters sponsors, because Immigration and Customs Enforcement uses the fingerprints to execute deportations.

President Donald Trump — reportedly under pressure from his daughter, Ivanka — ended his administration's controversial family separation policy in the summer of 2018. Later that year, HHS Secretary Alex Azar put Jonathan Hayes in charge of ORR. Under his leadership, the department ended its fingerprinting policy, and the number of children in government custody decreased by the thousands.

But officials who advocated for family separations purportedly thought Hayes was a poor fit, partly because he valued keeping families together. With the country focused on the coronavirus pandemic, the administration abruptly moved Hayes to HHS's emergency-preparedness division and replaced him with Stirrup, the former deputy White House liaison to HHS. Given the leadership change, it is "only a matter of time before the situation blows up again like it did in 2018," one official told Politico.

The pandemic has given the administration cover to quietly tighten its grip on immigration policy, including invoking a power given to the surgeon general in 1944 that — in the face of the Refugee Act of 1980 — allows Border Patrol to deny entry to anyone who might spread "infectious disease."

An administration official told Politico, "The White House wants ORR to be an immigration enforcement office. That's not its role."

The office does not have a campaign role, either, but its new leadership includes two former Trump campaign aides with a combined near-zero experience in immigration policy. A draconian and xenophobic immigration policy was one of the main platforms of Trump's 2016 campaign. And with little to show following the last three years — which included the heavily criticized family separation policy and legal hangups about the construction of his prized border wall — the president likely feels pressure to reactivate his base.