No longer foes, science and herbalism find common cause

The author of “Plant Magic” talks about the history of herbalism, and how and why it's making a resurgence 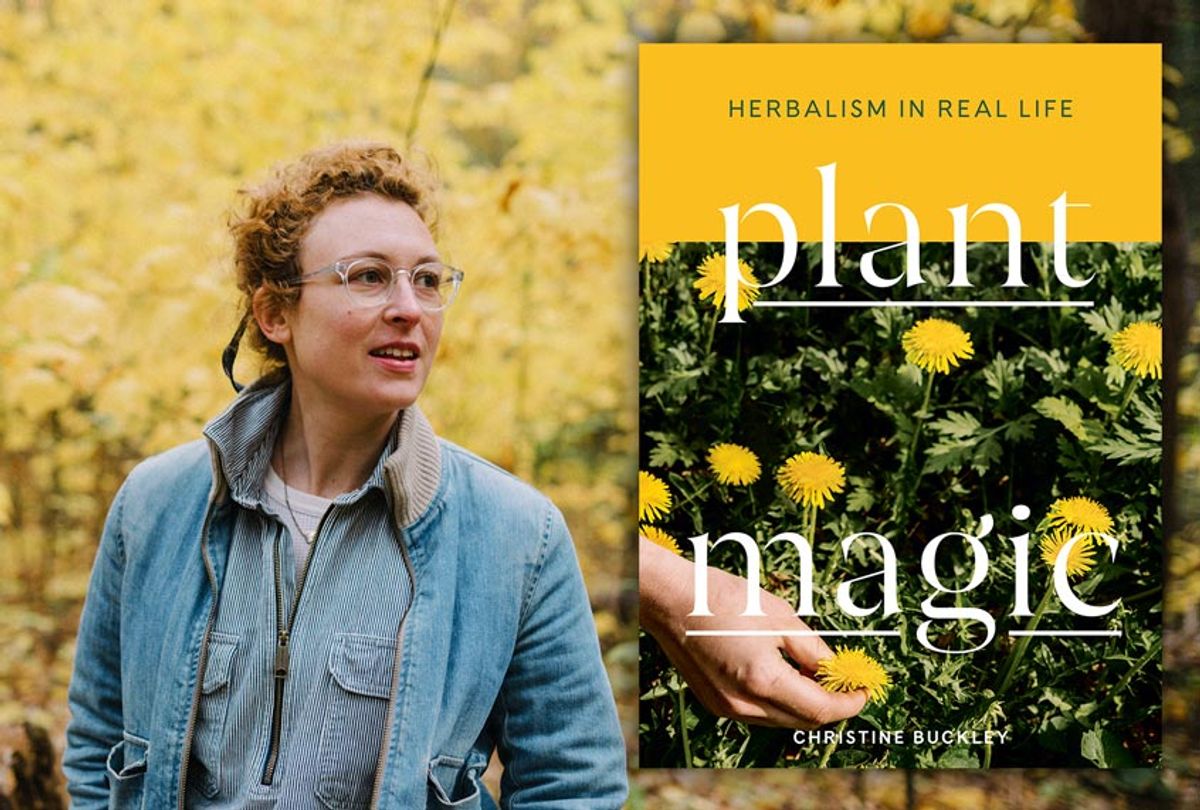 Western medicine revolves around the notion of treating symptoms — something that usually requires drugs or a medical procedure of some sort. Yet before the precepts of Western medicine were normalized, humans relied on the natural world to heal themselves, and in most cases took a preventative approach to medicine. Herbalism is not as ancient as one might think: as recently as the 1980s, root doctors were practicing in the bayous in Louisiana, and other parts of the South, primarily within African American communities.

Herbalism, meaning the study of medicinal plants and their use as medical treatment, is frequently dismissed as pseudoscience, marginalized in comparison to "real" modern medicine. Yet author Christine Buckley makes the case in her new book, "Plant Magic: Herbalism in Real Life," that herbalism and modern medicine can be complementary. "Allopathic/modern/Western medicine (whatever you want to call it) is skilled at heroic interventions," Buckley writes. "Herbalism can't be life-saving surgery or a course of antibiotics, and that's ok." Rather, she says herbalism "can be a way to think about and attend to an entire person as they work to uphold their health."

In other words, science and herbalism are not opposed, as Buckley believes. This is both a fascinating and frankly political proposition given the current cultural moment, when both modern medicine and the big tent of "alternative medicine" are polarizing topics. Yet Buckley asks readers to see herbalism and Western medicine as a "dynamic duo" instead of "arch-nemeses."

We interviewed Buckley about herbalism, science, medicine, and their connection. As always, this interview has been edited and condensed for clarity.

How did you get into herbalism?

I went to the University of Colorado in Boulder in the early 2000s, when raw food was all the rage. My next door neighbor was Brigitte Mars, one of the founding members of the American Herbalist Guild, which I did not know at the time. Brigitte lived in the house next door and grew all kinds of wild plants in the yard. She was always doing things in her kitchen and always had the door open. And so she kind of inspired in me a curiosity about what we could understand from the natural world in terms of medicinal plants. At the time I didn't really think about it too seriously.

My friends and I would like to have juicing parties where we would like drink a bunch of ginger and talk about how our bodies feel, because it was Boulder, and because like that was the food trend at the time — raw food and veganism. We were all dabbling in it, even though none of it really stuck.

So then I moved to New York, and I started cooking professionally. It made me feel just like great to be cooking all the time. I loved working with my hands and working as part of a team — but also as a form of an exploration of things like the food we eat, how our food systems influence our wellness, and how we are able to care for each other.

I started taking classes about herbalism at the Open Center in New York, just like some evening classes and some weekend classes, and then I moved to Boston and did an apprenticeship with two herbalists there, Ryn Midura and Katja Swift. That's really where I did a deep dive into herbalism.

In your book, you talk about how herbalism is a science and an art, and I thought that was really interesting. I'm wondering if you can share more about how and why it's both to our readers?

A comparable setup is cooking and food preparation — kind of like how we understand that baking is a science, there's math involved, and we're taking measurements and we're putting together algorithms that produce a certain outcome.  And there are best ways to do that and there are not so good ways to do that, and it all comes with practice, knowledge and this kind of transference of that knowledge over generations.

The same is true for herbalism, especially now in the modern world where we have access to scientific studies. [Researchers] are testing [herbal remedies] like elderberry, and what happens when you take a lot of cinnamon, or how St. John's Wort interacts with pharmaceuticals that someone might be on. We actually have a lot of data. There's also phytochemistry and botany, and there are all of these kinds of tangential areas of study that are in the sciences that overlap with herbalism.

But then there's also how we're making preparations from the plants.  For example, if you're making a tincture or preparing a syrup — if you are making those things for people to consume you have to be methodical about it, you have to keep records and you have to understand how different herbs interact with one another and how one combination might mean that they're no longer effective and how some other combination might mean that they're synergistic. One plus one doesn't always equal two, it can equal three or five.

But  there's also this artfulness to it. It's the same thing in cooking — we make food because we need to eat it to live. We can survive for a little while without food, but we can't go on forever without food. And all of our food comes back to plants — and we're a lot more likely to comply with either the food we eat or the medicine we take if it tastes good.

Another thing that I love about herbalism is the storytelling — all of the ways that people throughout our time as humans, and especially in our oral and written history, all the ways that we've imagined how to communicate these amazing things that plants do.

Turning to the natural world as a way of healing can be like a very polarizing topic. And I think that your book did a really good job of grounding it in both science, and history and the natural world. How do you think that herbalism can be a complement to modern medicine?

I think that what's evident, especially now, is that we need a lot of resources, everyone needs help. And we're better able to help each other when we have skills and knowledge and tools to share. And I think the thing about herbalism is anyone can do it, really anyone can do it. And so, it means that, in times like these, when there's an emergency, and people who have a certain expertise, who are really needed in a specific way — like we need doctors and nurses to help people who need it the most right now — I think what herbalism offers is a way for each of us to be thinking about each other and to be solving problems that we can fix at home. It means that everybody has a lot more of what they need a lot of the time, and that we're thinking about each other and that we're prepared when things come.

Herbalism has traditionally been a system of care that communities that have been marginalized have relied on, because they've been left out of these other systems of care. So I'm thinking about women, or people of non-binary identity, people living with disability, people of the global majority who are people of color. In a way, I think it makes it easier to minimize because it's connected to these communities that are already marginalized in our society.The other thing a lot of people point to is the Flexner Report in the 1900s that kind of standardized how medical education happens in this country. Lots of doctors in the early 1900s, really up until the 1930s, still relied on natural remedies, and many of them cited formulas, or protocols from the local root doctor. But then things became mechanized in such a way and regulated.

Why do you think herbal medicine is becoming more popular now?

I think it's a combination of reasons like climate change, and loneliness. People are seeking a practice that supports this idea that we're connected and we need to work together. There's a lot going, there are a lot of big issues to solve, and it makes a lot more sense for us all to be together and solve them and have an interconnectedness. I think herbalism in terms of healing offers that, and it offers a connectedness with each other and then also with the land.

People are very eager to "heal" right now. But in your book, you're very realistic about expectations. One herb isn't going to solve all of your anxiety, for example.

One of the things I love about herbalism is that it puts away any idea that there's a normal way to be. We expect that there's variation and we expect there's nuance. What you think is going to happen might not happen or things might change. And every body and every mind is going to need a different plant, and probably a different set of plants.

The way that we've been taught to think about our health is this: we have a problem, and then we fix it. The problems are listed on the back of a bottle. And then we match the thing that the medicine promises to our symptoms, and then we take that and then we address the symptoms. For example, we make the pain in our joints go away, even though the thing that's underneath that pain is inflammation.

We are obviously in very anxious and uncertain times and I know that there's not one plant that can help you cure all of our anxieties, but I'm curious how herbalism can assist in easing our anxieties during this time and if you have any advice?

I think the best shot we have at helping each other out is to figure out how to support our health, and one of the best ways to settle into that is to think about your nervous system. So like chamomile is good, drinking these nervines (which is what chamomile is) helps us to settle into ourselves.