"Is the White House task team concerned that [the protesters] might be spreading the virus?" a Fox News host asked 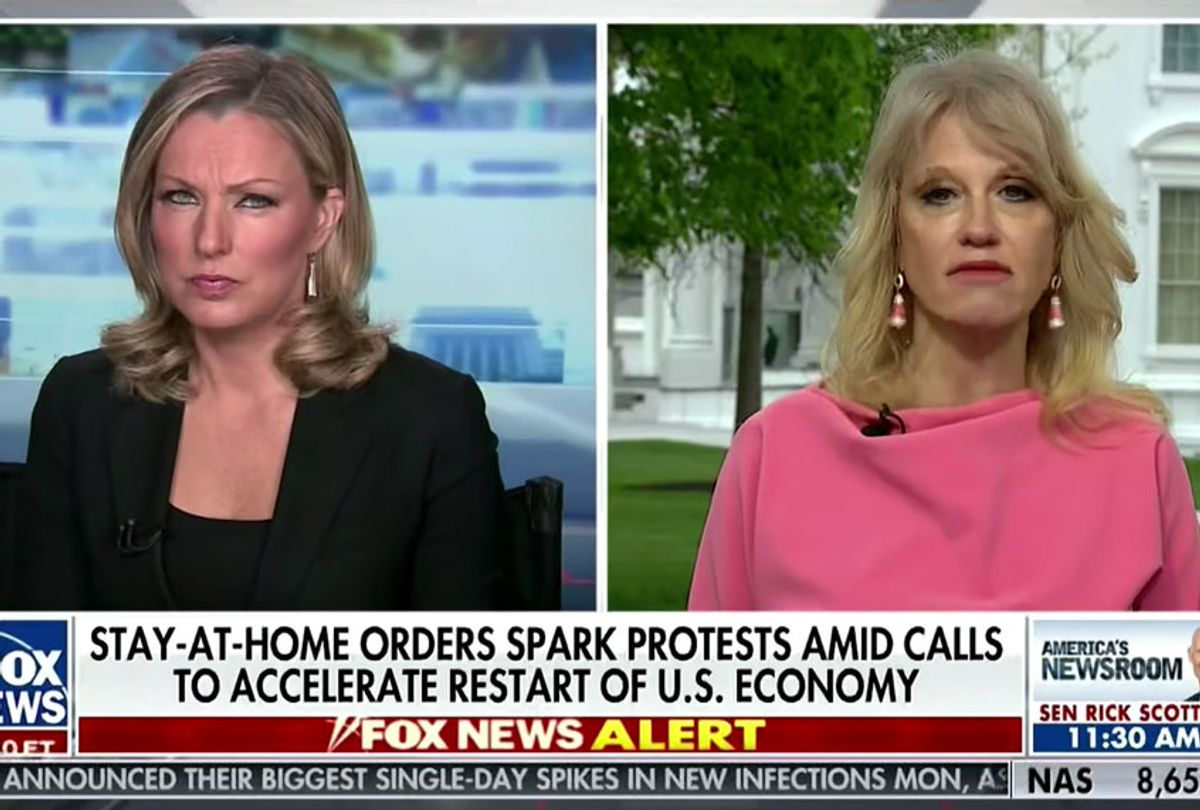 During an interview on Fox News, host Sandra Smith noted that the president has repeatedly encouraged protests against stay-at-home orders in states with Democratic governors.

"Is the president, is the White House task team concerned that [the protesters] might be spreading the virus?" Smith wondered.

Conway then suggested that liberal media are pushing to keep the economy closed until a COVID-19 vaccine can be developed.

"Also remember, our critical infrastructure workers have never stopped working," Conway added. "That gives you a good roadmap on how to reopen pieces of the economy sensibly and smartly."