We don’t need edicts from the crown

Trump claims "Total Authority," but we still don’t have anyone taking charge 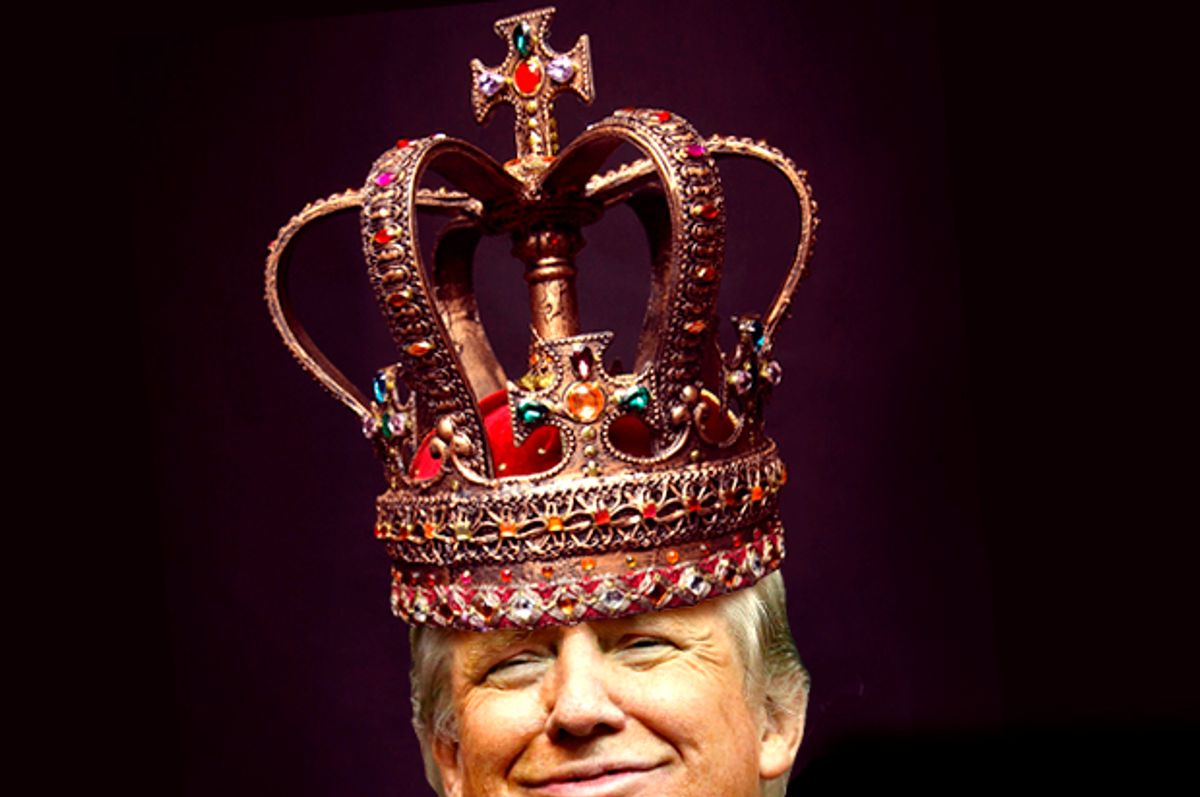 No sooner do states start getting together to talk about what it would take to start a rolling economic re-opening than here comes Donald Trump to assert that only he has that authority. In fact, he says, he has Total Authority in coronavirus matters.

The governors of those several states, including New York Gov. Andrew Cuomo, say, of course, that they are filling the leadership vacuum left by Trump.

Naturally, this is the same, ever-defensive Trump who told states they were on their own to find sufficient supplies of ventilators. Only, then he would sort-or-order federal emergency agencies to re-route state-purchased ventilators to the feds, so Trump could order FEMA to send them to particular states.

Then New York City Mayor Bill DeBlasio announced that it seems necessary to keep city schools shut for the rest of the year. And it is the same Andrew Cuomo who said no, it is he, the governor, who has total authority to waive state requirements for the shutdown of city schools. DeBlasio apparently thought teachers, parents and students need some certainty in this mess and, so, he jumped the gun and only texted Cuomo of his decision minutes before the announcement. In any event, instead, we can all wait, and Cuomo will announce shortly that schools will remain closed.

Anyone listening would think that these exchanges are nuts. We are not interested in a discussion of who has the actual constitutional power to take control of a response to disease — powers not discussed in the Constitution.

In case Trump and other leaders cannot follow it, we want the contagion to pass as quickly as possible, enough protective equipment and medical ventilators for hospitals to function properly, appropriate gear for workers whether emergency or not, straight talk about face masks and elimination of unnecessary coronavirus deaths.

What we don't want or will brook are continuing political pissing matches.

So, we expect that Congress members of both parties should easily agree that there is not enough money in the pot they created for small business — and not enough money in unemployment, money to fill empty state and local coffers and investment in allowing for a mail-in election in November. In fact, most of us would probably favor having the election moved up to the earliest date possible.

Here's the deal, as Cuomo actually outlined himself this week. If Trump wants total authority about re-starting the economy, he ought to take total responsibility for providing all the necessary underpinnings — widespread disease testing, yet wider spread immunity and serology testing for returning workers,  a responsible contact tracing program, a ramped-up equipment provision plan and an actual working plan for businesses and schools to open without worry of restarting the contagion cycle.

Otherwise, Trump, who has insisted every other day on taking on only a cheerleading role, not a hands-on role, should stop talking about his total authority.

So far, what Trump has showed in his Total Authority is that he had total authority

Total Authority at the White House has come to mean total control over criticisms of any delays and total authority to tell reporters that they are "nasty" if they ask for explanations when government actions don't meet up with the Trump pronouncements.

Trump could be showing Total Authority

As The New York Times recorded from the daily briefings yesterday, "The president's reversal raised profound constitutional questions about the real extent of his powers and set him once again on a potential collision course with the states.

"For weeks, he sought to shift blame to the governors for any failures in handling the virus, presenting himself as merely a supporting player. Now as the tide begins to turn, he is claiming the lead role. 'The president of the United States calls the shots,' he said at his evening news briefing. 'They can't do anything without the approval of the president of the United States'."

"When somebody's the president of the United States, the authority is total," said Trump. Unless the president is someone other than Trump. How else does Trump explain overturning dozens of rules, regulations, treaty provisions put in place by former President Barack Obama.

The Washington Post version of the briefing was that as deaths passed 23,000 and unemployment claims jumped past 15 million, Trump "made clear that the paramount concern for Trump is Trump — his self-image, his media coverage, his supplicants and his opponents, both real and imagined. 'Everything we did was right,' Trump said, during a sometimes hostile 2½ -hour news conference in which he offered a live version of an enemies list, brooking no criticism and repeatedly snapping at reporters who dared to challenge his version of events."

Crowing about Total Authority is not supposed to mean just running a campaign-style video at his daily briefing or bragging about television ratings for the briefings or sending out tweets that appear to threaten the nation's top infectious disease specialist. Trump will never persuade that he is not trying to use this coronavirus outbreak to advance his personal political agenda and re-election.

Here's a plea to all parties: Please stop the nonsense and keep your eye on the actual problems.