We're fixated on the official data, which is bad enough. But we may be missing a bigger and more lethal picture 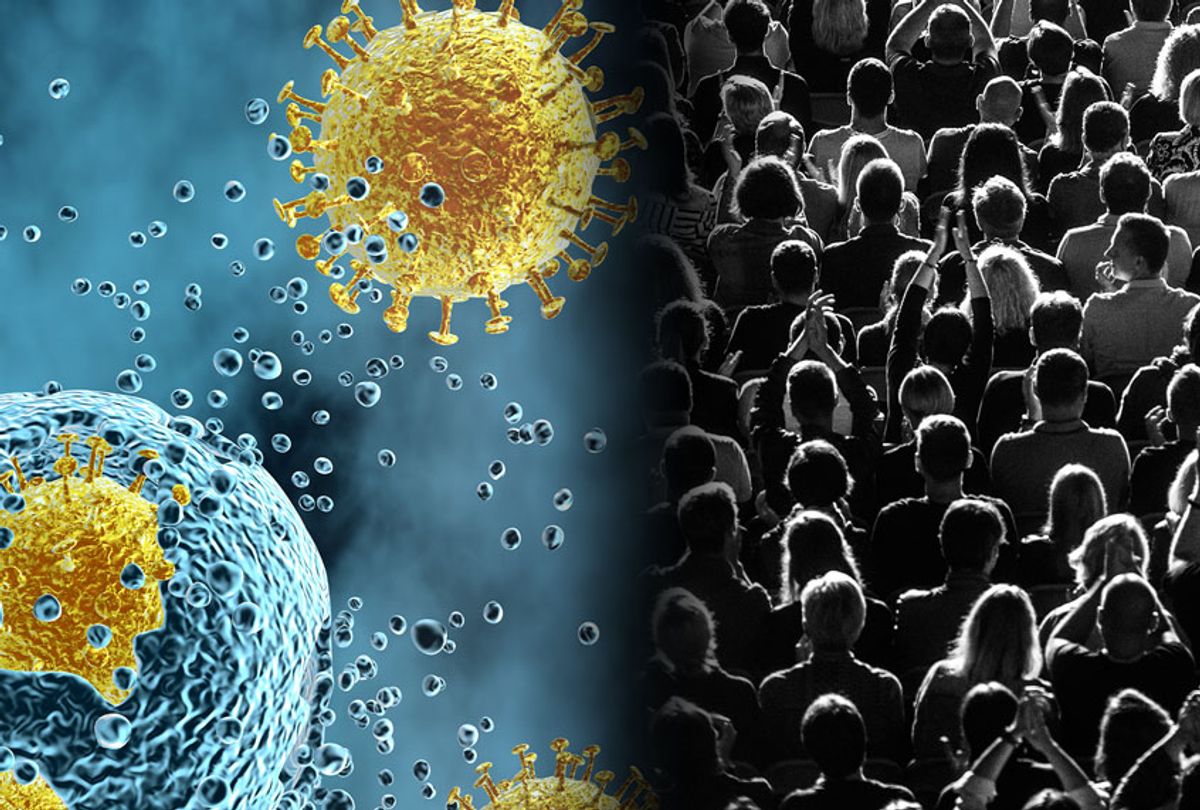 We are now well into the second month of the COVID-19 crisis, which has been largely framed, in the New York region, by Gov. Andrew Cuomo's and Gov. Phil Murphy's daily briefings and daily data dumps, which include hospitalizations, the number of intensive care unit patients, intubations, patient discharges and confirmed cases.

Based on the arc of those data points, both Cuomo and Murphy have sounded guardedly optimistic in recent days that the public's compliance with social distancing and stay-at-home orders are producing the desired effect of reducing the crush of demand on the health care system. Deaths and hospitalizations in both New York and New Jersey appear to be decreasing.

George Kelder is CEO and executive director of the New Jersey State Funeral Directors Association, whose members are responsible for dealing with bodies at the hospital, congregant care facilities and private residences. He warns that if we rely solely on official numbers carried on the TV, we may not fully appreciate the lethality of the virus, and indeed may overestimate our success in combating it.

In a phone interview, Kelder confirmed that on April 15 New Jersey's Office of Vital Statistics and Registry, in accordance with the CDC's National Vital Statistics System, had ordered that deaths of confirmed or suspected COVID-19 patients should no longer be reported with that disease as the immediate cause of death.

"The guidance, available on the New Jersey's Electronic Death Registration System website, states that COVID-19 is not considered an immediate cause of death and should NOT be reported by the medical certifier on the first line of section 36a (CAUSE OF DEATH, PART I) of the death certificate," the association advised its members. "Instead, the immediate cause of death, such as "Acute Respiratory Distress Syndrome," should be listed on the first line. COVID-19 should be listed LAST in Section 36a after the immediate cause(s) has been listed."

Kelder observed that pervasive lack of testing, along with this bureaucratic gamesmanship around how COVID-19 deaths are to be classified, could mean that  the numbers being used officially "would not be equal to what is happening on the street.

"My concern is that we will be getting a false sense of the fatalities based on an administrative and statistical change in reporting," he said.

Lost in the abstraction of the daily graphs that track a the state's "progress" is the actual scale of the number of deaths and how the volume is overwhelming the funeral industry itself.

Bob Prout is a third-generation funeral director who runs his environmentally-minded funeral home in Verona, New Jersey, with his daughter Julia. They have been dealing with the full gamut of COVID-19 confirmed and suspected cases in hospitals, congregant living and residential settings.

"Most people are having a hard time with the sheer volume of deaths and realizing that when a burial happens it is out of the funeral parlor's hands," he said during a phone interview. "Even if a family has set aside a burial plot, cemeteries have such a huge volume and a backlog.

"Even our state's crematoriums are backed up as much as three weeks because the New York funeral directors are sending their bodies over here," Prout continued. "I wish the governor would sign an executive order that for 60 or 90 days our state's crematoriums would have to handle just the bodies of New Jersey residents who lived and paid taxes here."

Kelder opposes such a restriction, saying it could end reciprocal arrangements between New York, Pennsylvania and New Jersey that make it possible for families in one of those states to bury a loved one in another.

The Prouts say they now consider that any body they encounter, no matter the location or circumstances, is a possible COVID-19 case. They take universal precautions based on the latest guidelines from their national trade association that tracks the CDC guidelines.

Personal protective equipment has also been a problem for the funeral industry. "We are at a critical stage on this and are looking to the New Jersey State Police to unlock the supply chain," said Kelder. "When we look back at this it will be clear we have not factored in mortuary care as part of the health care system."

Kelder says the greatest threat to the health of his members and their employees comes from surviving family members of a COVID-19 virus fatality who were likely exposed to that person when he or she was still alive, and are now infected with no symptoms. "We have surviving family members who think it is OK to break their quarantine to deal with the final arrangements for their loved ones," he said.

On April 14, even before the changes to the way COVID-19 deaths are recorded, Newark Patch reported that officials in densely populated Essex County had conceded that the actual number of the deaths due to the pandemic were "much greater than indicated."

Throughout the crisis it's been the deaths in hospitals and senior citizens facilities that are counted and widely reported, whereas the elevated number of deaths at home received scant attention.

In an April 18 phone interview, the Rev. Tony Johnson and Jody Leight, who live in Orange, New Jersey, described seeing local EMTs respond to a neighbor's home wearing biohazard protective gear, while a police patrol car stayed parked outside. Their neighbor's body was retrieved from the residence five hours later.

Leight explained that their community has many undocumented immigrants "who are out there working jobs where they have no protective equipment. They are working jobs off the books and living four or five families to one house. How is social distancing even possible?" Orange has no hospital, she continued. "I am concerned we have hundreds of people here who are at risk and will most likely die in their homes."

At one point earlier this month, the FDNY confirmed that over several days New York City was averaging well over 200 residential fatal heart attacks a day, a tenfold increase over the number recorded this time last year. As recently as this past weekend, the number of cardiac arrests were running exponentially higher than would normally be recorded this time of year.

In subsequent conversations with leaders of the EMS unions, I have been told that their members were encountering people who had actually been released from the hospital only to die at home, and others who had delayed seeking medical attention for fear of being taken to a hospital and exposed to COVID-19.

Dr. Joseph Fennelly, an internist who served for decades as the chairman or co-chairman of the Medical Society of New Jersey's bioethics committee, thinks that the fight to contain COVID-19 can't be just limited to the hospitals and congregant care facilities that have generated the headlines. The virus, he says, is not just inside these facilities but in the community.

"You have to look at this in terms of a cell, a living system, and what the energy is that feeds it," he said. "You can't get a handle on that without looking at the residential facet of this."

One way to do that in real time, Fennelly posits, would be to track deaths at home in real time, even if they can't be conclusively linked to COVID-19, as a way of getting a bead on what we don't know.

Certainly, we should at least learn how many of those deaths at home were people who had already been discharged by hospitals. It would certainly put those patient discharge numbers, on which both Murphy and Cuomo rely so heavily, in their proper context.