An Earth Day after coal: Amid all the bad news, a major turning point

Launched as a call for resistance against the primacy of corporate profits, Earth Day turns a historic corner 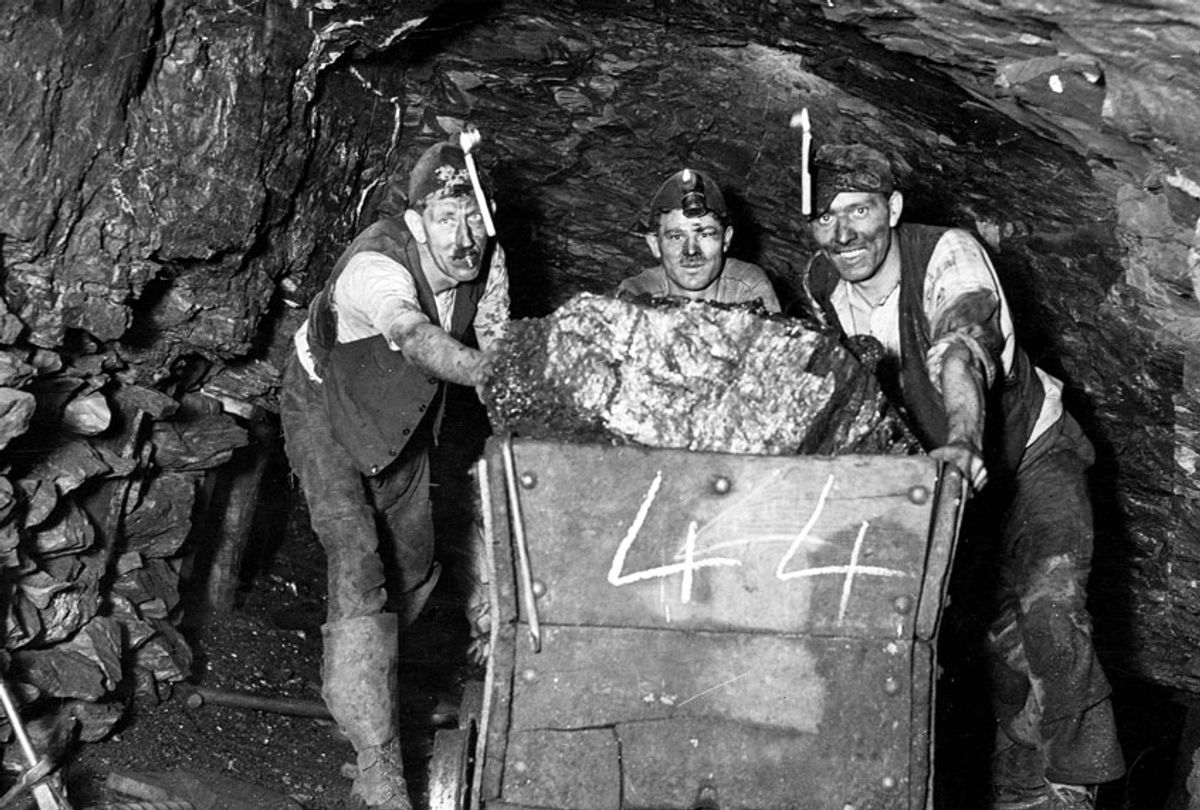 While the demise of coal has ultimately been the result of a series of factors over the past decade, from the falling prices of dirty natural gas and renewable energy to more stringent environmental regulations, an unrelenting undercurrent of resistance has cast a ripple effect of doubt and inevitability.

This year's Earth Day is a reminder that this landmark shift didn't happen by accident.

Originating out of the late 1960s protest movements, at a time of untenable levels of air and water pollution, Earth Day was launched 50 years ago as a call for such a resistance against the legacy of industrial profit over human health and environmental protection.

Ten years ago on Earth Day, my kids and I hiked into the Shawnee forests of southern Illinois, toting two native plum trees, intent on planting them on our strip-mined farm, which had been in our family for nearly two centuries. We called it "guerrilla" reclamation, because the land now belonged to an out-of-state coal company. Our act of trespassing wouldn't have bothered the coal company. After using thousands of pounds of explosives to obliterate the hilly farmland and woods, they had left our valley in piles of gob and mounds of unmanaged grass, without a single tree in site. It didn't matter that this had once been one of the most biologically diverse forest areas in the country.

Our country was in the middle of a coal boom in 2010. Nearly 50% of our electricity generation came from coal, and record levels of exports piled the barges on the nearby Ohio River for foreign markets.

Our Earth Day action might have seemed like a symbolic act of atonement then, similar to our annual ritual of delivering flowers to the neglected family graveyard on Memorial Day.

Despite the fact that two centuries of coal mining had left our region in ruin, with entrenched poverty, toxic discharges of slurry and the region's lowest health indicators, it remained the dominant way of business and politics. Even Barack Obama had made an obligatory trip to the coal mining region of southern Illinois, declaring it the "Saudi Arabia of coal" as late as 2009.

While coal-fired power plants produced more than 40% of our carbon emissions in those days, the Obama administration still clung to the chimera of "clean coal" carbon capture and sequestration schemes. It seemed hopeless to think we might be able to break the stranglehold of the coal industry on our region — and the twisted role of fossil-fuel lobbies in our country's politics.

What was the point of celebrating Earth Day as a one-day event, when the nation largely turned its back on the environmental destruction and human displacement that transpired daily in coal country?

Short answer:  Because Earth Day was not a date, but a process of resistance.

This was something that we understood in the coal country of Illinois, starting with the systematic removal of indigenous people in key natural resource areas like our valley. The first discovery of coal by the French, in fact, had taken place in Illinois among the Shawnee in 1682.

As abolitionists, our ancestors had battled the owners of the first coal mines in Illinois since 1805, when exceptions for indentured servitude and enslaved labor in the coal-fuel salt operations were eventually included in our state's constitution in 1818. Prior to statehood, Illinois' territorial government had passed laws allowing for enslaved Americans to be imported from outside the state for one-year contracts.

Two generations later, our great-grandfathers and grandfathers, joined by the militant Women's Auxiliary of the Progressive Miners of America, led some of the most important labor battles for decent wages and working conditions. Our grandparents and family members spent the next decades fighting for black lung disease benefits. With the dramatic increase of strip mining after World War II, as the beloved John Prine famously wrote in his ballad, "Paradise," entire communities and family histories were destroyed and hauled by "Mr. Peabody's coal train."

A few months after the first Earth Day in 1970, the New York Times editorial board called on the federal government to "outlaw" the radical practice of strip mining.  The Times editorial, "The Great Soil Swindle," pulled no punches: "This ravaging of farmland, pasture and woods in the singleminded pursuit of cheap coal is a desecration."

Strip mining, however, was never stopped. Neither did the resistance against coal mining and burning, as movement after movement emerged in the 1970s, the 1990s, in the Obama era and today, each era taking its turn in getting our country to make a reckoning of the stunning costs of coal.

Since the first Earth Day, a health and humanitarian crisis from the lethal fallout of decades of mining has raged in 25 states, and in indigenous First Nations, due to flawed regulatory measures. Coal companies have defiantly violated workplace safety and environmental laws, often with no penalties or a symbolic slap on the wrists. The cumulative effect of CO2 emissions from coal have powered the engines of climate change despite decades of studies.

Seven years ago, my kids set up an information table on Earth Day in our college town of Iowa City, in an attempt to discuss the impact of mining and burning coal in the university power plant. No one paid attention to their calls.

They ramped up their efforts this year, as part of the global climate strikes, holding weekly protests at the power plant and bringing thousands into the streets to call out the University of Iowa's duplicitous role in an age of climate change.  Recognizing the role of the strikes, the university finally agreed during the winter to accelerate the phase-out of coal in the power plant.

The climate strikers know their efforts, like all Earth Day events over the past 50 years, have been part of this historical process of resistance.

"Doubtless the end of the coal, at least as an article of a mighty commerce, will arrive within a period brief in comparison with the ages of human existence," the Chicago Tribune wrote in an editorial in 1892.

While it may have taken more than a century for that coal-free period to arrive, it takes Earth Day to remind us to celebrate it.