In letter to the Corps, top Marine says Confederate battle flag may inflame "feelings of division"

"Anything that divides us, anything that threatens team cohesion must be addressed head-on," Marine general writes 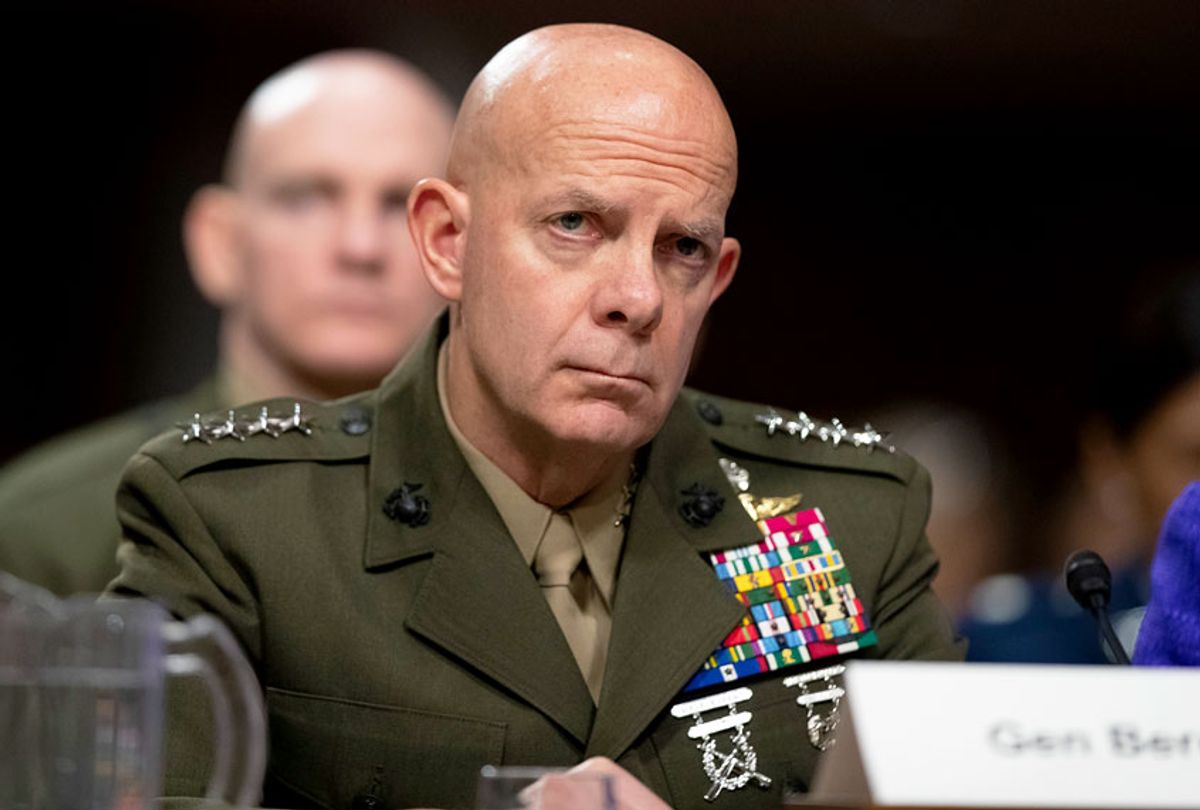 Berger reasoned in his letter that his job as the top Marine is to build a "team" that can fight and win, which requires unit cohesion, unit pride and emphases on the team over individuality.

"We are a warfighting organization, an elite institution of warriors who depend on each other to win the tough battles. Anything that divides us, anything that threatens team cohesion must be addressed head-on," Berger wrote.

"I ask every Marine to understand that I fully accept my duty and responsibility to help build this team. That means I must identify symbols or subcultures that degrade the cohesion that combat demands of us," Berger wrote.

In February, it was reported Berger was planning to remove all "Confederate-related paraphernalia" from Marine bases.

The directive came from a memo sent to the assistant commandant of the Marine Corps Gen. Gary Thomas.

Berger noted in his letter that failure to accomplish the mission has "never been an option" for Marines and that operating as a team was essential.

"In this vein, I have determined it is time to act to exclude from our Corps public displays of the battle flag carried by the Confederate Army during the American Civil War," Berger wrote in the letter.

The top Marine explained in the letter that he understood that for some the Confederate battle flag is a "symbol of heritage or regional pride.

"But I am also mindful of the feelings of pain and rejection of those who inherited the cultural memory and present effects of the scourge of slavery in our country," Berger wrote.

Berger wrote that it was not his intent "to judge" how individuals feel or view the Confederate battle flag.

"Rather, I am focused solely on building a uniquely capable warfighting team whose members come from all walks of life and must learn to operate side-by-side," Berger wrote.

"This symbol has shown it has the power to inflame feelings of division. I cannot have that division inside our Corps," the top Marine wrote in the letter.

"We must remove those symbols that have the effect of division and not mere disagreement," Berger wrote.

Berger asked every Marine to focus on team and the symbols that bring unity.

"Team over self: that is how we must operate to fight and win," Berger wrote.