“It was a mess,” one White House official said after the team failed to roll out coronavirus testing for weeks 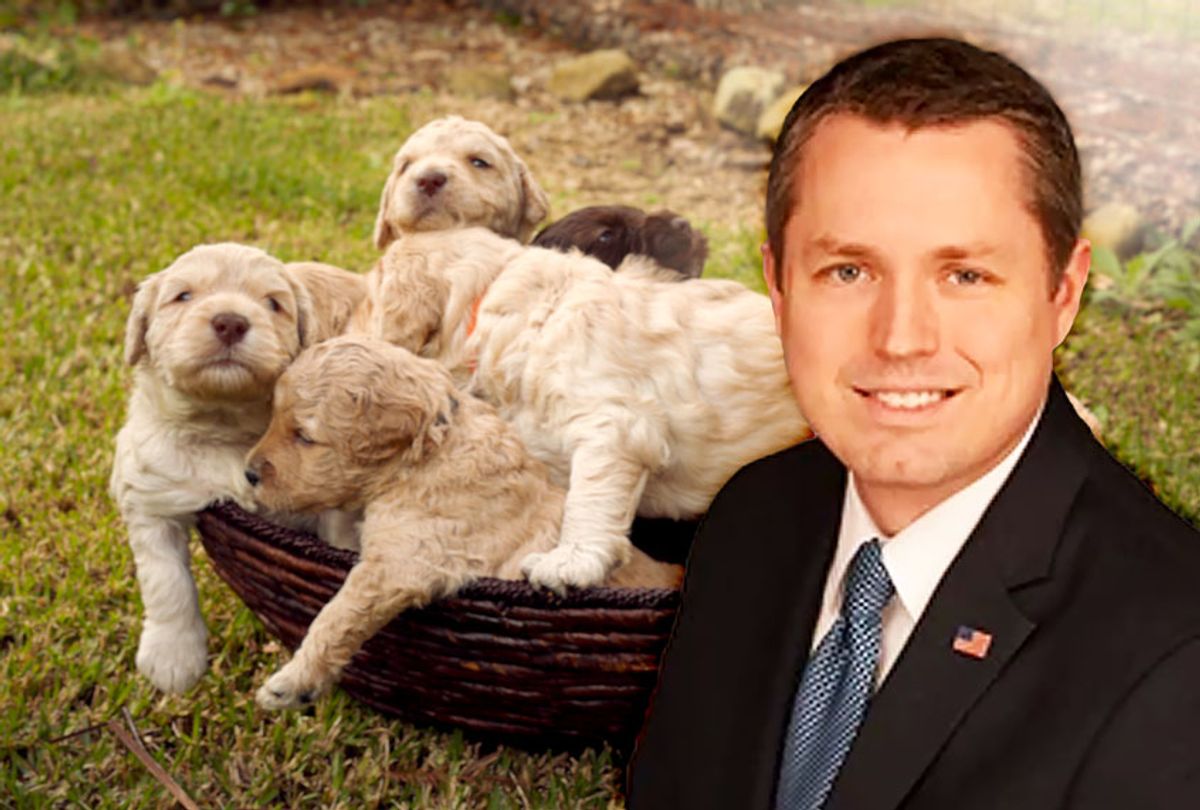 The Trump administration turned to a former labradoodle breeder with little public health experience to oversee the day-to-day operations of the White House coronavirus task force in the early days of the pandemic, according to a new report.

Health and Human Services Secretary Alex Azar, a former pharmaceutical lobbyist who was initially tasked with leading the task force, tapped his chief of staff, Brian Harrison, to lead the agency's day-to-day response to the outbreak, Reuters first reported.

Harrison, 37, was an "unusual choice" for the job, the report noted, since his last job from 2012 to 2018 was running a breeding company called Dallas Labradoodles. The aide had limited public health experience, serving a one-year stint as a "confidential assistant" to then-deputy Secretary Azar in 2006. He also worked as an aide to former Vice President Dick Cheney, the Pentagon and a Washington public relations firm.

Harrison, who White House aides have derisively referred to as "the dog breeder," was promoted to chief of staff in 2019 after his the departure of his predecessor, Peter Urbanowicz, a longtime hospital executive with decades of public health experience.

"Everyone" dealing with the coronavirus response efforts "had to report to him" beginning in January, an HHS official told Reuters.

"It was a mess," one White House official told the outlet, noting that the task force repeatedly bungled its attempt to roll out diagnostic testing in the early weeks of the outbreak. Though Azar announced that the Centers for Disease Control and Prevention had developed a diagnostic test on Jan. 21, the tests were faulty and many hospitals were not able to obtain working test kits until March.

The lack of tests "limited hospitals' ability to monitor the health of patients and staff," a report from the HHS inspector general found earlier this month, which put "staff and patients at risk."

The team was also slow to inform the public of the health risks posed by the pandemic and deliver protective equipment to hospitals. It also failed to set up a surveillance system to monitor the spread.

"You have to blame the problem on the virus, but it's Azar's operation," Lynn Goldman, the dean of the public health school at George Washington University, told Reuters. "And the buck stops there."

The problems began early when Harrison decided to exclude Food and Drug Administration Commissioner Stephen Hahn from the task force.

"He said he didn't need to be included," a source told the outlet.

HHS denied that Harrison excluded the FDA from the task force but would not say who made the decision. Hahn said in a statement to Reuters that the FDA was focused on the virus — "not on when we were added to the task force."

But others told Reuters that the lack of FDA involvement prevented information about the testing effort from reaching the White House.

Though Harrison did not respond to Reuters' questions, he said he was proud of his career as a labradoodle breeder.

"Americans would be well-served by having more government officials who have started and worked in small family businesses and fewer trying to use that experience to attack them and distort the record," he said.

"From day one, Brian has demonstrated remarkable leadership and managerial talents," he told Reuters.

Azar was ultimately removed as head of the task force in favor of Vice President Mike Pence in February. Hahn and the FDA are now actively involved in the task force.

Azar, who assured the public in early February that the risk of infection to the public "remains low," appeared blindsided when he was replaced by Pence that month.

"I'm still chairman of the task force," he told reporters at a news briefing before learning that he was not.

Ashish Jha, the director of Harvard University's Global Health Institute, told Reuters that the White House should have intervened even sooner.

"It was very clear that Azar wasn't able to marshal the forces across the government like he needed to," he said.

Jeffrey Flier, the former dean of Harvard Medical School, added that Azar had failed to coordinate with key agencies during a critical time in the administration's response.

"Clearly, there was a need for better coordination of the FDA and CDC and other agencies," he said. "HHS has to be operating effectively in a crisis like this."