“If what he says about his personal wealth is true, Trump doesn’t need the money," one local councilor says 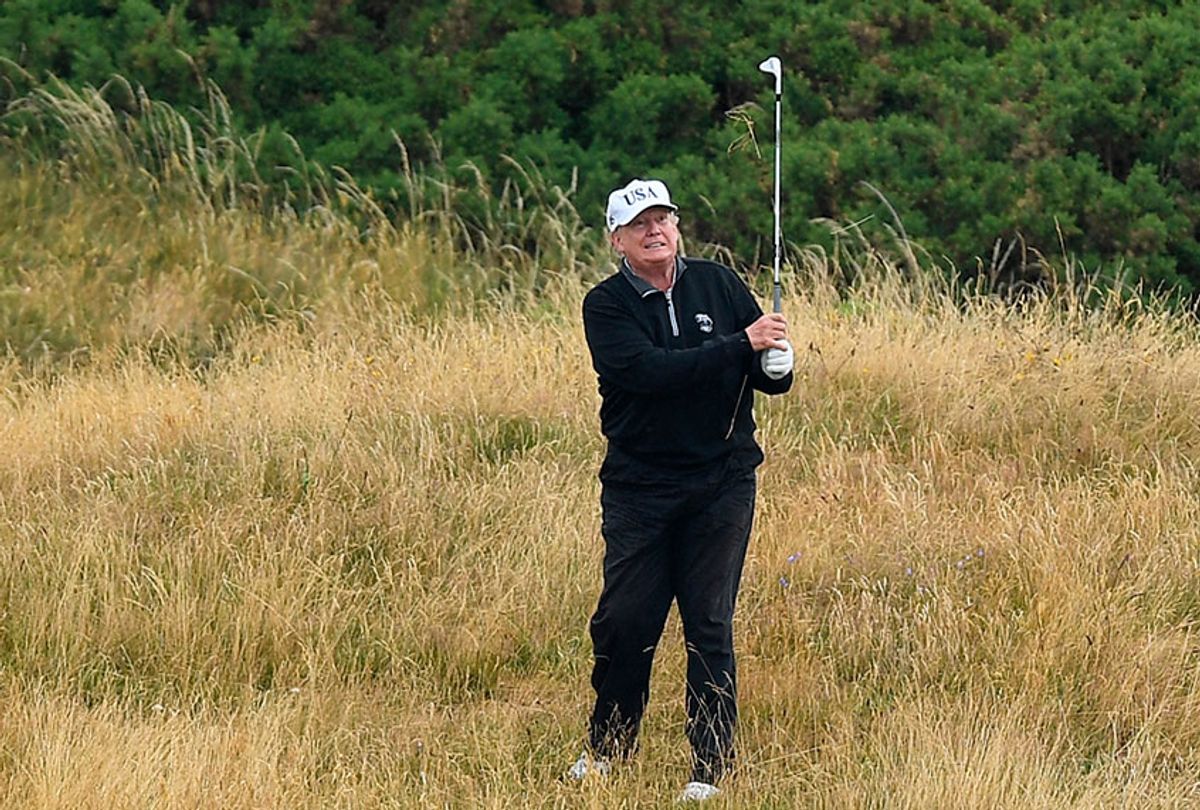 President Donald Trump plays a round of golf at Trump Turnberry Luxury Collection Resort during the President's first official visit to the United Kingdom on July 15, 2018 in Turnberry, Scotland. (Getty/Leon Neal)
--

President Donald Trump's businesses are legally barred from receiving bailouts from the American government — but that's not stopping the Trump Organization from trying to secure help from other governments.

Scottish newspaper The National reports that the Trump Organization is "seeking government aid to pay most of the salaries of bartenders, bagpipers and other employees at its three money-losing golf resorts in Scotland and Ireland."

Although the golf courses have been money losers for years, the Trump Organization is now claiming that the COVID-19 pandemic has put them in extreme danger of going bust.

"Like millions of businesses around the globe, we have been forced by government mandate to temporarily close our hospitality and leisure facilities," said Sarah Malone, executive vice president of the Trump resort in Aberdeenshire.

Local political leaders, however, are giving the Trump Organization's plans a cool reception.

"If what he says about his personal wealth is true, Trump doesn't need the money, and I don't see why UK taxpayers of the future should be helping him out," local councilor Martin Ford explained.