Asked if the virus was more lethal the flu, Dr. Fauci told Fox News: "It just is — and we've got to face that fact" 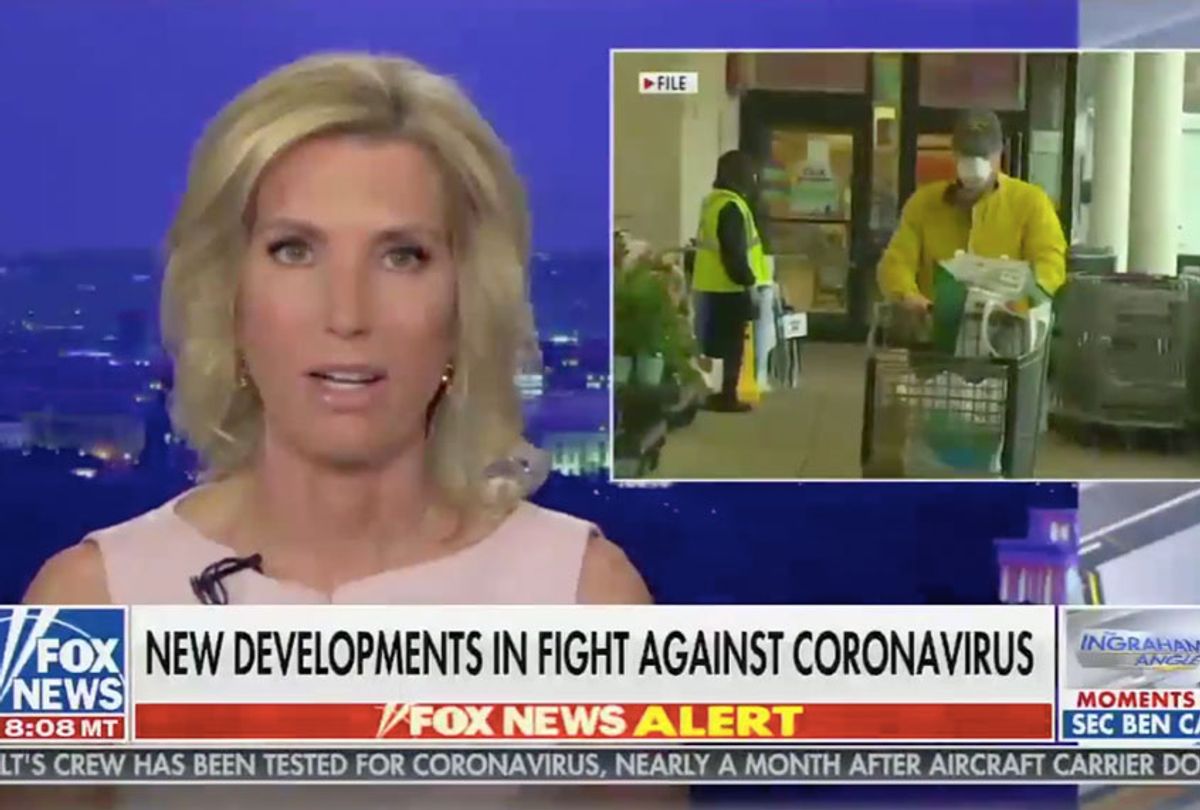 Fox News host Laura Ingraham continued to downplay the threat posed by the new coronavirus Thursday night by inaccurately comparing it to the flu. More than 50,000 Americans have died from COVID-19 over the last month, and the respiratory disease has become the leading cause of death in the U.S.

"We were told the virus was far more lethal than the flu," she said. "That was terrifying. Now, we know it's likely to be closer to maybe a really aggressive flu season."

Health experts have warned for months against likening the coronavirus to the flu, because doing so not only downplays its lethalness but also the many difficulties of fighting the pandemic. Dr. Anthony Fauci, the director of the National Institute of Allergy and Infectious Diseases, explained the key differences between the flu and the coronavirus to Ingraham's Fox News colleague Chris Wallace on March 15.

"One, it's brand new so we don't have any prior experience about what it's going to do — what it's dynamic's going to be," he said. "Number two, it spreads very easily. There's no doubt about that. It isn't like some of the other outbreaks that we had that just didn't adapt itself to spread among humans. And number three, it's very serious in the sense of morbidity and mortality, particularly among — and very heavily weighted — towards individuals who are more susceptible: the elderly and those with underlying conditions."

Asked directly if the virus was more lethal than the flu, Fauci replied: "Well yes, I mean it just is — and we've got to face that fact."

Ingraham cited recent reports of antibody tests, which indicate the virus "spread under the radar" in major U.S. cities earlier than previously thought.

"That means more people were exposed to it, and many of those had innate immunity to it," she said.

Health officials have cautioned that we cannot yet be sure what immunity might look like, though studies are underway.

"There is no proof at this point that the development of an antibody response will be protective," professor of pathology at Harvard Medical School David Walt told Bloomberg last week. "There is no evidence yet that people can't be reinfected with the virus."

Ingraham also pointed to Gov. Andrew Cuomo's, D-N.Y., daily presentation from earlier that afternoon, in which he said the latest data suggested that COVID-19 had a fatality rate of about 0.5% in his state. That would be about half the CDC's early estimates if true but still be five times more lethal than the flu.

The Fox News host on Wednesday dedicated more than five minutes of airtime to mocking CNN anchors who tested positive for COVID-19.

CNN's coverage, she and guest Raymond Arroyo, the lead anchor of the news division for Eternal Word Television Network, claimed, "seems to be a deliberate attempt to graft" network talent onto a pandemic.

"They're always kind of nasty to us," Ingraham added as she belittled three journalists who contracted the disease.

Twitter earlier this removed removed some of Ingraham's tweets for violating its coronavirus misinformation policy by pushing an unapproved drug treatment which was a mainstay of President Trump's public reassurances.

Minutes after likening the virus to the flu on Thursday's show, the Fox News host suggested a prolonged pandemic would hurt Trump's odds in November. The longer the country is shut down, she said, "the less likely it is Trump will win re-election.