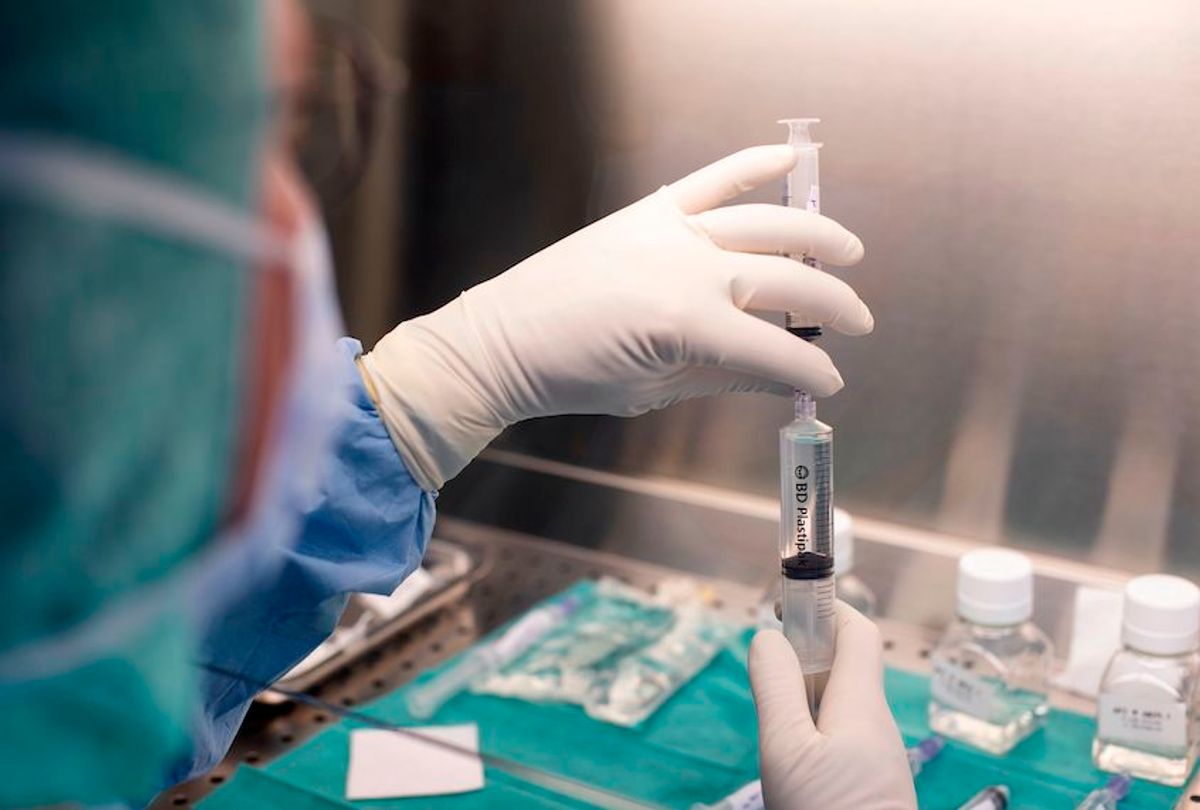 After reaching a new low in consumer confidence last year, thanks to public anger over rising drug prices, the pharmaceutical industry's reputation is on the rise as researchers worldwide rush to develop a vaccine for the novel coronavirus. A new national poll finds that the COVID-19 pandemic has benefited the industry's public image, with 40 percent of respondents saying they have a more positive view of private drug companies than before the outbreak.

However, public health experts have warned for years that the world is at risk of a major pandemic, and advocates say Big Pharma showed little interest in developing vaccines — or even antibiotic and antiviral medications — until the latest outbreak offered an opportunity to rake in public funding and turn out massive profits with minimal risk.

Antibiotic and antiviral drugs are usually prescribed for short periods of time and therefore generally don't yield blockbuster sales, according to Patients for Affordable Drugs. Meanwhile, the pharmaceutical industry has gradually abandoned vaccine development over the past 50 years as it focused on lifestyle drugs and treatments for chronic conditions such as cancer that are in consistent demand. Drug companies also substantially decreased their investment in treatments and vaccines for emerging infectious diseases over the past decade. In 2018, only 1 percent of the global pharmaceutical industry's research and development spending focused on emerging infectious diseases, according to the Access to Medicines Foundation.

In January, the World Health Organization warned that a lack of private interest and innovation in the development of new antibiotics was undermining global efforts to combat drug-resistant infections. The United Nations issued a similarly dire warning last year.

Drug companies have historically pleased investors by promoting vaccine development programs during disease outbreaks, then quietly dropping them later, according to Dana Brown, director of The Next System Project, a research and development lab for political-economic alternatives. Despite an outbreak raging in the Republic of Congo, the British drug maker GlaxoSmithKline recently gave up its effort to develop a vaccine for Ebola and handed off its research to a nonprofit lab. Ebola is deadly but relatively rare globally, and the market was too small to generate significant profits. In 2017, the massive French drug maker Sanofi pulled out of a partnership with the U.S. Army to develop a vaccine for the mosquito-borne Zika virus.

"Big Pharma's business model is one of maximizing shareholder value — and it hinges on short-term returns," Brown said in an email. "There's little if any gain for shareholders when companies invest in vaccine development…. A number of companies report losing money on Ebola or SARS vaccinesprograms."

Last year, there were only six active clinical trials of vaccines and therapeutics for coronaviruses involving private drug companies, and all of them depend heavily on public funding, according to Public Citizen. Had there been more sustained interest in the private sector, researchers would have more tools for combating the current outbreak, such as more platform technologies for vaccine development.

Now that COVID-19 has spread across the planet, the industry boasts that at least 310 clinical trials for treatments and vaccines for the virus are underway across the world, including 40 in the United States. U.S. taxpayers have already invested $700 million in publicly funded research on coronaviruses and vaccines since the SARS outbreak in 2002, largely through the National Institutes of Health (NIH). Since the outbreak, Congress has appropriated $1.8 billion for the NIH for coronavirus research.

"With COVID-19, the US government has eliminated many risks that often dissuade drug companies from vaccine investments," wrote David Mitchell and Ben Wakana with Patients for Affordable Drugs in a blog post this week. "By bankrolling research, sponsoring clinical trials, and eliminating all liability for drug corporations, American taxpayers are heavily subsidizing drug corporations' search for a COVID-19 vaccine."

Indeed, CEOs of major drug companies are already worried that governments will cut funding once the crisis begins to recede. These companies are demanding billions of dollars in additional public spending. The federal Biomedical Advanced Research and Development Authority (BARDA) gave $721 million to three private drug companies over the course of one week in March, and the NIH just announced a massive public-private partnershipfor accelerating COVID-19 drug development with more than a dozen private biopharmaceutical firms.

The large role of private companies in the vaccine quest raises concerns about their commitment to research as well as patient access to the vaccine itself. Experts say a COVID-19 vaccine must be available worldwide for free to stop the pandemic. Yet, Brown said, the NIH partnership has no "access provisions" requiring private companies that benefit from public funding to make the medicines they develop accessible and affordable for patients. Private companies will likely want exclusive licenses and marketing rights in exchange for their investment in COVID-19 drug development, advocates say. This could create huge shortages of a vaccine, particularly in lower-income countries.

"It's essentially a giveaway of public funds to private corporations — ones that already benefit from massive amounts of public funding, plus monopoly rights, plus subsidies and tax deductions — with no conditions," Brown said.

Brown pointed to private companies that benefitted financially from the Canadian government's investment in the Ebola vaccine development, but did little if anything to develop the actual vaccine and may have even delayed its rollout.

"In a global pandemic that will forever shape our societies — one in which we are losing thousands of people a day — we can ill afford such delays," Brown added.

That's why Brown and other reformers propose a "public option" for developing pharmaceuticals that exists purely to benefit public health, not profit margins. Advocates say taxpayers in the U.S. are forced to pay for drugs twice — first by funding research through agencies like BARDA and the NIH, and then again at the pharmacy counter. Instead of using public funding to support for-profit research, Congress could create and fund a publicly owned pharmaceutical outfit. Brown said this would not abolish the private industry, which could remain focused on lifestyle drugs and blockbuster cures. However, she said, when it comes to pandemics, the interests of the public and the interests of private companies are not aligned.

"This is simply an instance in which a competitive, market environment is not an apt vehicle for solving the problem," Brown said. "Only an open, collaborative approach to coronavirus vaccine development can assure a safe and effective vaccine will be made accessible to all — and it would speed up the process of discovery as well."