Let’s call the Nova Scotia mass shooting what it is: White male terrorism 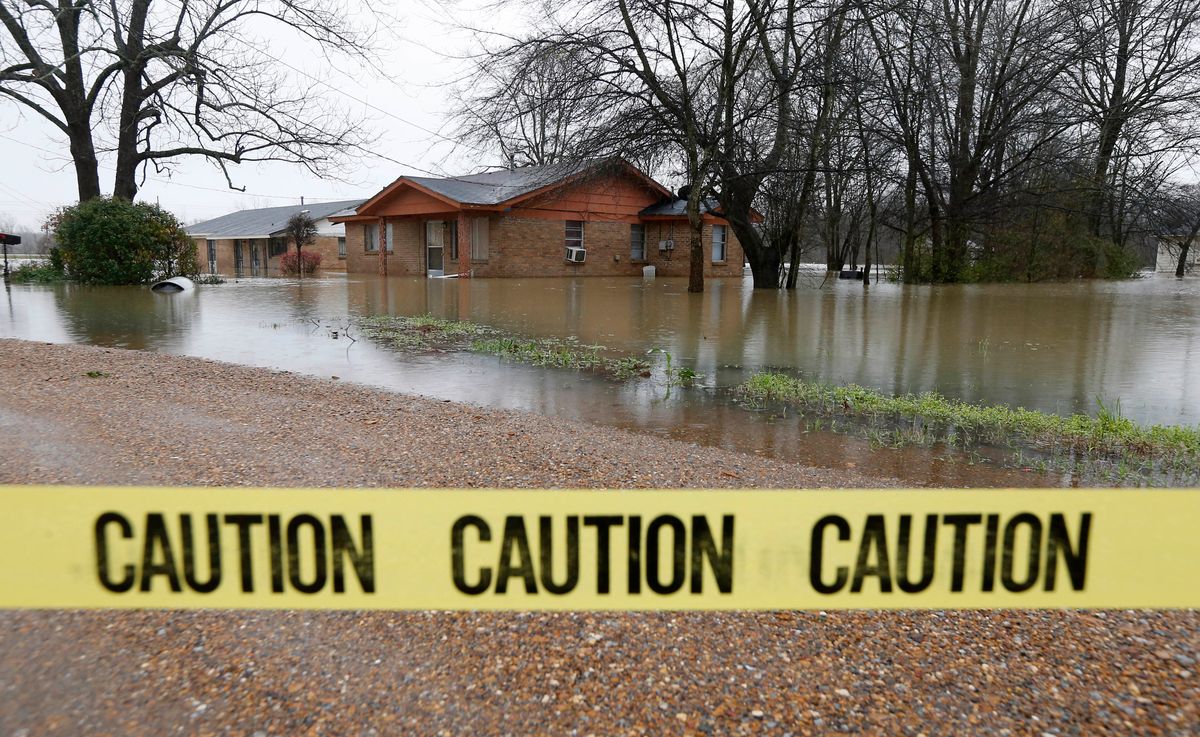 Caution tape closes off this neighborhood in Drew, Miss., Friday, March 11, 2016, as floodwaters have affected areas in the Delta. The flooding has affected the Delta to varying degrees. Additional rain is expected to continue through Saturday. (AP Photo/Rogelio V. Solis) (AP)
--

While the mainstream media has been quick to situate the deadly recent events that unfolded in Nova Scotia within the context of Canadian mass murders, no one seems to be drawing attention to the most prominent link connecting Canadian mass killings: all of the accused perpetrators have been men, and most of them have been white.

Given this explicitly gendered pattern of perpetration, why don't we talk about these mass murders as male terrorism?

When speaking about the mass murder during his regular COVID-19 update on April 19, Prime Minister Justin Trudeau referred to the violence in Nova Scotia as "senseless" and proclaimed that "violence of any kind has no place in Canada."

As a survivor of multiple forms of violence with more than 20 years of researching and responding to gender-based violence in my academic and professional career, I beg to differ. Male-perpetrated violence underpins Canadian society and is by no means "senseless" — instead, it serves to reinforce patriarchy and male social domination. The mass shooting in Nova Scotia reportedly began with domestic abuse incident against a woman.

As long as we are unwilling to name, acknowledge and address male violence, the lives and well-being of people in Canada, especially women and children, are at risk.

The normalization of male violence

Regardless of specific motive, the fact that Canadian mass murders have been exclusively committed by men makes this violence explicitly gendered. This is male violence and, as such, must be linked to other forms of male violence and understood as gender-based violence.

While the term gender-based violence primarily implies violence on the basis of gender identity, gender presentation or perceived gender, it also encompasses patriarchy and violence perpetrated by men. In other words, regardless of specific motive, we need to consider these mass murders in relation to patriarchy and male social domination in Canada.

Patriarchy establishes what we refer to as "hegemonic masculinity" — the dominant social definition of what it means to be male, and violence is an essential part of this. In fact, violence plays a fundamental role in securing male social dominance: because patriarchal domination is predicated on unfounded claims to male supremacy, violence serves to reinforce this illegitimate claim to social supremacy by force.

To be a dominant socially acceptable man, then, involves the use of violence and aggression and, from birth, males are socialized into this violent hegemonic masculinity. For example, in addition to action figures of superheroes who regularly use violence to "save" the world, my six-year-old son received two toy guns for Christmas last year.

The phrasing is frequently echoed in court cases of young men who have committed sexual assault or murder or both. The perpetrators are portrayed as good boys who simply took things too far. Courts, for their part, are notoriously lenient on male perpetrators of violence, reinforcing the right of men to do violence.

In addition to being an explicitly gendered crime, mass murder in Canada is also explicitly racialized. The perpetrators are overwhelming white males and we must consider how race, and particularly whiteness and white privilege, operate here.

While hegemonic masculinity and the right to use violence is open to all males, race and racism shape that tendency. To establish white male social supremacy, racist discourses portray all racialized males as inherently violent and a perceived threat, justifying white male violence.

This principle is exemplified in policing and the greater likelihood of BIPOC males to be killed by police. While violence is used to pathologize racialized males and justify social domination and violence perpetrated against them, the violence of white males is justified, excused and erased.

He says: "If you feel entitled and you have not got what you expected, that is a recipe for humiliation."

As hegemonic masculinity makes crystal clear, if your existence is being threatened you have the right — indeed, in the minds of some mass killers, the responsibility — to use violence and set things right.