Trump won’t actually do the job of being president, but he’ll play one on TV. 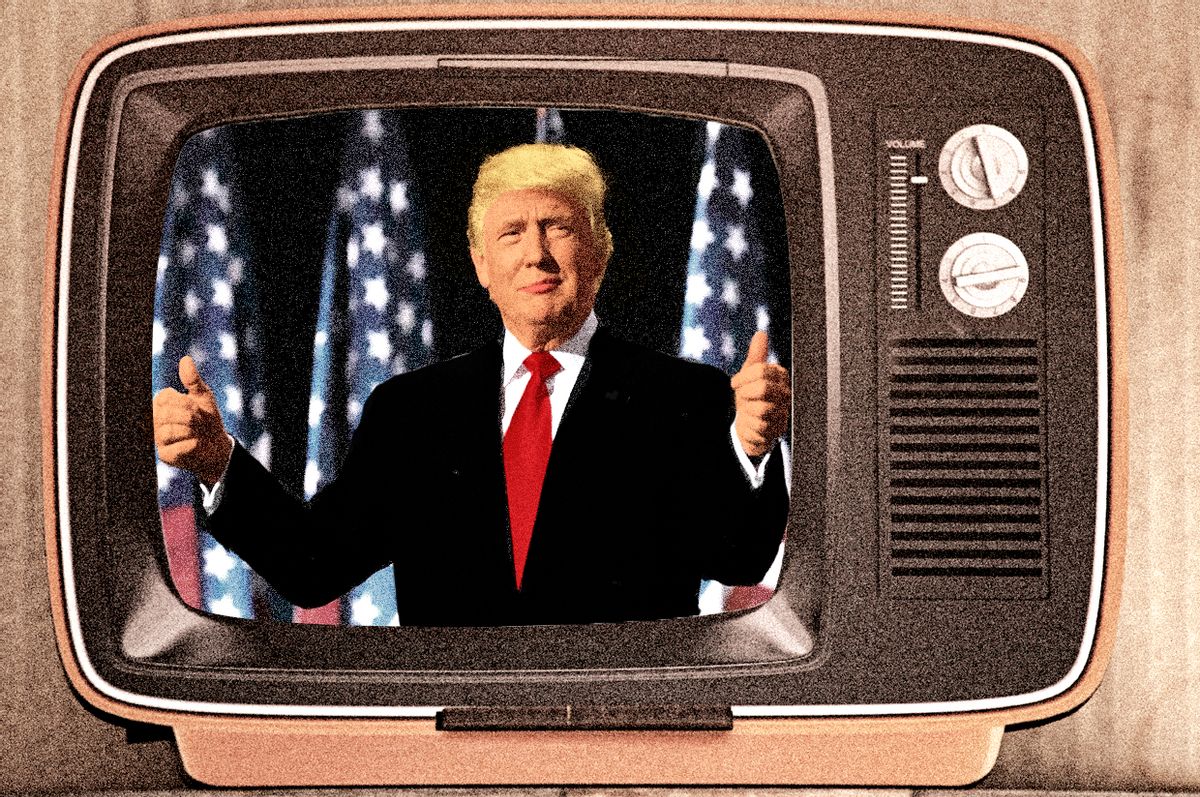 After all this time, he still hasn't figured out how to do the job.

President Donald Trump entered the White House as a political neophyte, and he's shown perhaps the worst learning curve of any of his predecessors. Despite the fact that it feels as though the past three years of his presidency had enough news and revelations to fill several decades, the complex workings of the federal government remain an opaque mystery to the commander in chief, the man at the center of it all.

And it's dreadful time to have a man so incompetent steering the ship of state. A public health crisis on the scale of COVID-19 is virtually unprecedented, and it requires all the skill and power that the administration has to offer to handle it well. We need health experts, diplomats, the military, emergency responders, manufacturers, universities, state governments, local leaders, spokespeople, the criminal justice system, foreign governments, international agencies and more all coordinated together working toward the suppression and destruction of the virus. It's a monumental undertaking, and the president of the United States is the only person who can lead the pack. Even the most skilled of the president's predecessors would strain under the challenge, but Trump doesn't have a prayer.

In fact, he's barely even trying. He's told states they're on their own to get crucial medical supplies and to establish testing regimes, which will be essential to coming safely out of lockdown. He said he has total authority, but he wants to leave the big choices up to the states. We should think of the federal government only as a "backup," he said.

He likely doesn't have the ability to coordinate all the relevant actors, tap into the expertise of the administration, and craft a long-term strategy for fighting the pandemic and saving as much of the economy as possible. But regardless of whether he could do what is needed, it's clear that he's not interested in this hard work.

Instead, he wants the quick fix. That's at least part of the reason why he latched on to the idea that hydroxychloroquine might be a miracle cure for COVID-19, despite a paucity of evidence (whether or not there were financial motives behind his advocacy for the drug will have to be determined at a later time). The urge for the quick fix is why he assumed the virus would never become a problem in the first place, that it would go away in April, that the lockdowns could end by Easter.

And on Thursday, this desire for the quick fix manifested itself in the most bizarre, dangerous, and self-parodic form yet. Trump suggested from the White House briefing room that UV light or heat might be used or applied to the body, perhaps internally, to treat the disease. Dr. Deborah Birx, the White House coronavirus response coordinator, looked simply bemused at the suggestion. Even more bizarrely, Trump suggested that scientists should investigate whether injecting humans with disinfectants could treat the illness, an obviously absurd and outright hazardous idea. To even suggest it on national television with the authority of the presidency is an act of blatant negligence.

I'm still stunned that he actually said it. If someone had a few days ago joked that Trump would suggest injecting household cleaners as his next potential treatment after hydroxychloroquine, it would have been brushed off as an over-the-top quip. But he actually said it.

So why did he say it? What compels him to float such desperate ideas?

Some of it is just an overabundance of ego. "I'm not a doctor, but I'm like a person that has a good… you know what," Trump said after his unsolicited medical advice, pointing to his head.

But that's not all of it. An egotistical president could simply build their own self-esteem by working hard to fight the pandemic and be seen as a strong leader in so doing. Many governors across the country are seeing their approval rates rise as they lead heir states through the crisis.

Without the patience of the discipline to do what's required, though, Trump reverts to what he knows best: reality TV. Journalist Marcy Wheeler pointed to one quote from Trump's briefing where he perfectly encapsulated what he thinks he's doing by promoting his every whim as a possible coronavirus panacea.

He referred a recently conducted study That evaluated the ability of sunlight and disinfectants to kill the virus — on surfaces and in the air, not in humans — saying that this is where he got his wild ideas.

And this is how things work on a reality TV show. Someone comes up with a wacky idea, somehow they make it work, they impress the judges, and they move on to the next round. On "The Apprentice," Trump got to pick whichever contestant jumped through all the right hoops to be the winner. By the following episode, no one cared what came before — and it was on to the next wacky idea.

Trump ran his businesses this way, too. He moved from venture to venture, product to product. He ran casinos into the ground, he promoted a pyramid scheme, he slapped his name on a fake university. While many of these businesses fell through or went bankrupt, Trump kept gaining in fame, which he could always leverage into the next venture.

And now that's the way he's running the country. He says it's all he has — try longshot ideas, see if they work (even when they obviously won't work), move on to the next while manipulating the media. But of course, that's not all he has. He has the federal government at his disposal, and he can work with Congress to expand his capability to fight the virus and the recession even further. And yet he's been totally uninvolved. Treasury Secretary Steve Mnuchin has been the primary administration negotiator on Capitol Hill as Congress passed relief bills; the president's biggest contribution was signing the legislation without a fight.

He won't actually do the job of being president, but he'll play one on TV. And because the electoral college favored him in 2016, and the Senate refused to remove him from his position in 2020, every American is forced to become a supporting character in the reality TV show of his mind.