How the Trump administration accidentally expanded coverage to over 200,000 people through Obamacare

One of the President’s moves in health care had surprising results. 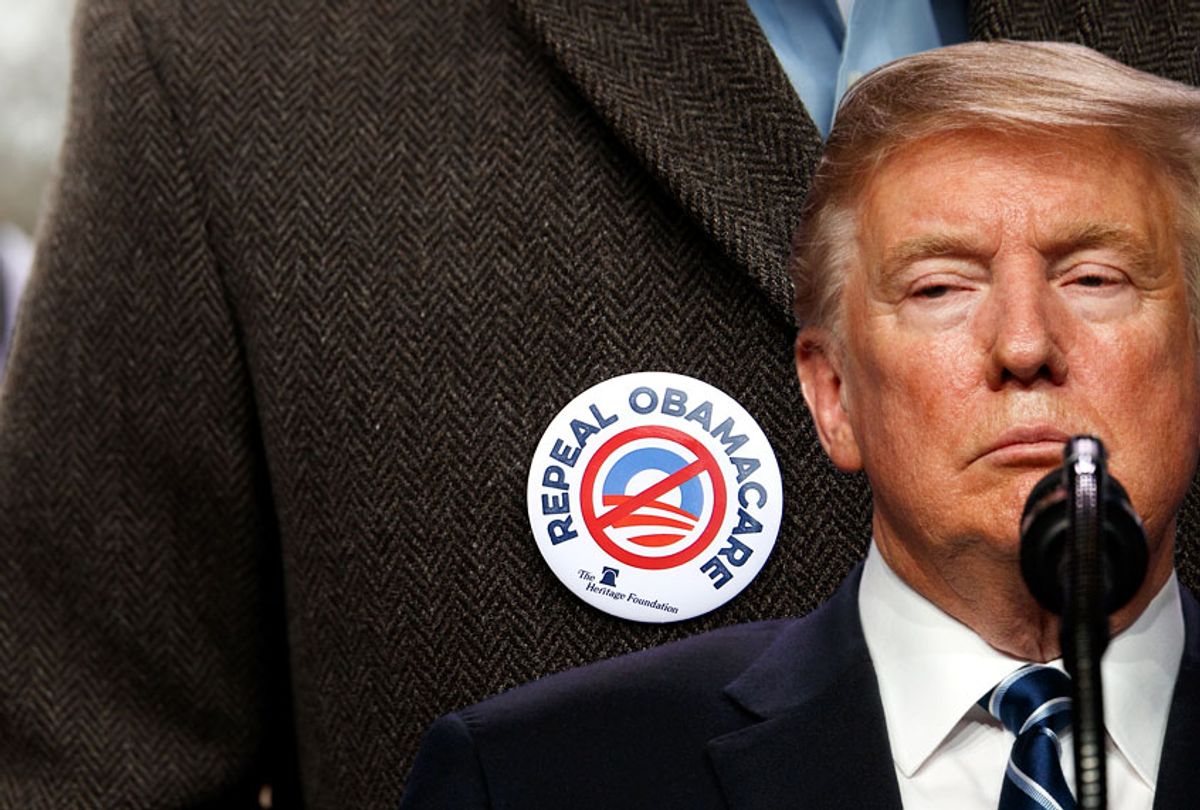 With an eye on replacing the Affordable Care Act, the Trump administration took one particularly critical action in October 2017. It discontinued cost-sharing reduction subsidy payments to health insurers participating in the ACA marketplaces.

But the response to those cuts was likely not what President Trump expected. State insurance commissioners and insurers used them to make marketplace health plans more affordable.

Premium decreases were large — so large that 4.2 million potential enrollees had the option to purchase a marketplace plan for free in 2019.

These changes made us wonder: Did President Trump's effort to sabotage the Affordable Care Act backfire? I'm a health economist at the University of Pittsburgh. Along with my colleague David Anderson, a policy expert on the Affordable Care Act, we tried to answer that question shortly after the payment cuts. We discovered that more than 200,000 people, using the Healthcare.gov platform in 2019, gained insurance in 37 states due to the Trump administration's actions. This finding may even be more important now as massive unemployment from the coronavirus pandemic leads to huge losses of employer-based insurance coverage — and ultimately more people enrolling in the marketplaces.

People who sign up for a plan in the Health Insurance Marketplaces may qualify for two types of subsidies. The first type is the advanced premium tax credit, which reduces the premium paid by the enrollee; lower-income enrollees receive larger premium tax credits. The second type is the cost-sharing reduction subsidy, which decrease deductibles and co-pays.

Premium tax credits may be applied to any marketplace plan, though they're based on silver plan premiums, which cover 70% of an average enrollee's health care expenses. Cost-sharing reduction subsidies can only be applied to silver plans; that means qualifying enrollees in less generous bronze plans and more generous gold plans don't benefit from reduced deductibles and co-pays provided by these subsidies.

When Trump ended those payments, marketplace insurers were suddenly in a bind. They are legally required to provide cost-sharing reduction subsidies to enrollees whether or not the federal government was paying. The expectation: marketplace insurers, forced to make up the lost revenue, would either increase premiums or exit the marketplaces altogether. And Obamacare would implode.

But that's not what happened. Why did the plans become more affordable? Insurers increased only the premiums of their silver plans. That approach — known as silver loading — did two things. First, the cost of silver plan premiums rose drastically. Second, premium tax credits increased along with premiums. So those enrollees receiving premium tax credits saw no increase in the premiums of their silver plans.

In 2019, 4.2 million enrollees could enter the marketplace for free through a zero-dollar bronze plan, largely due to silver loading. Without those zero-premium plans, our analysis showed more than 200,000 lower-income marketplace enrollees would have gone uninsured.

Another 60,000 would have gained insurance had California and New Jersey eliminated regulations that prohibited zero premium plans — and if Indiana, Mississippi and West Virginia had adopted silver loading. Many more likely got coverage in states not included in our study.

All this is clearly not what the Trump administration had in mind when it cut subsidy payments. Other changes to the marketplaces probably masked some coverage gains that occurred. Notably, cuts in the public outreach for Healthcare.gov, along with the elimination of the individual mandate, decreased enrollment. But the popularity of zero premium plans resulting from silver loading likely stopped much of the damage — and Trump's attempt to destabilize the marketplaces.

Now states can take advantage of the attractiveness of zero premium plans to increase health coverage through the marketplaces. One way: States requiring marketplace insurers to provide extra benefits — again, like California and New Jersey — can pick up the small tab for those extras. For example, California enrollees pay for abortion coverage through a one-dollar monthly premium surcharge. This is not covered by premium tax credits. By shifting premiums from even one dollar to zero dollars, our estimates indicate enrollment would increase by approximately 13% among those with lower incomes.

Another way: States without silver loading should adopt it. This is not a partisan issue. Conservative states — or at least, GOP-controlled states like Alabama, Wyoming and Florida — have silver-loaded. State governments pay nothing, revenue for insurers is increased, and most critically, lower-income Americans are provided with affordable health insurance. Put simply, there's no downside for states.

The Trump administration is prevented from restricting silver loading through 2021. However, a forthcoming Supreme Court case, Texas v. Azar, may yet repeal the entire ACA. If the court's conservative majority rules in favor of the GOP plaintiffs, they will put affordable health insurance out of reach for the 11.4 million Americans that purchased health insurance in the marketplaces. They will also eliminate Medicaid coverage for an additional 16.9 million Americans.

If the case succeeds, the uninsured rate could easily surpass levels not seen since the height of the Great Recession. And for millions of Americans, access to health insurance — desperately needed, particularly during the COVID-19 pandemic — will be eliminated.