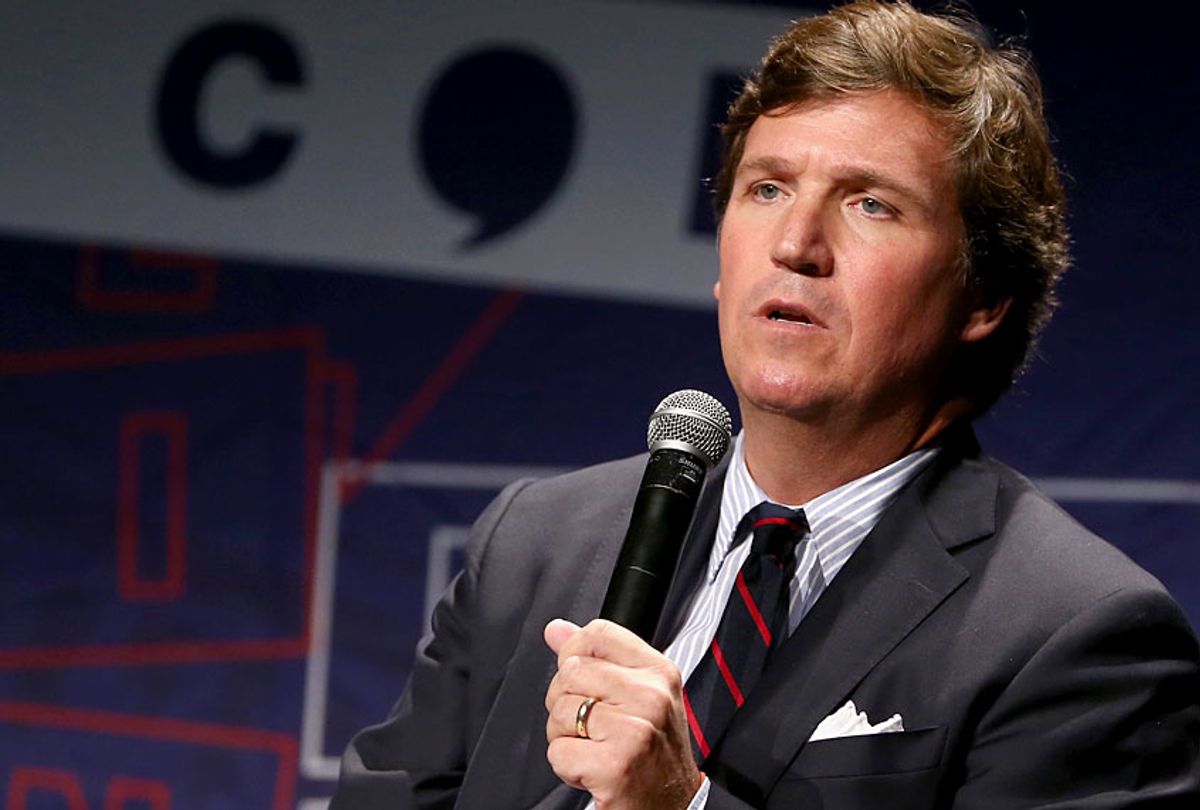 Carlson argued that, despite a still-rising death rate approaching 60,000 in the United States, COVID-19 just isn't really as deadly we were told. To buttress these dubious claims, Carlson cited the work of doctors whose views have been widely rejected by the medical and public health establishment.

In a clever rant in his Tuesday night show, Hayes flipped the script of Carlson's usual populist shtick. Since the rise of Trump, Carlson has tried to present himself as a voice of the working class standing up to elitist liberals. But Hayes made the case that it's Carlson's current stance about the coronavirus that is appallingly elitist.

"Tucker Carlson, who has been broadcasting in safe isolation, is telling you it's safe to go out," Hayes said. "That's his message to you, bus drivers. And you, people who work in meat-processing facilities. And you, who are providing elder care in a senior home or assisted living facility — or a cashier at a grocery store, or working in an Amazon warehouse. The cable news pundit wants you to get back out there because 'it's just not that deadly.'"

He continued: "But for all the faux-populist ire being mounted by the conservative politics legacy case from La Jolla, polling shows that most Americans continue to believe that shelter-in-place is the right policy. In fact, more than three in four Americans who have lost work, lost work or lost pay from the virus, still support stay-at-home measures."

"Yet Tucker Carlson, who has been broadcasting in safe isolation, is telling you it's safe to go out…The cable news pundit wants you to get back out there. Because 'it's just not that deadly.'" pic.twitter.com/umnnYiPtMG