“People are having trouble re-hiring . . . The workers are saying to them, ‘I’m making more on unemployment'" 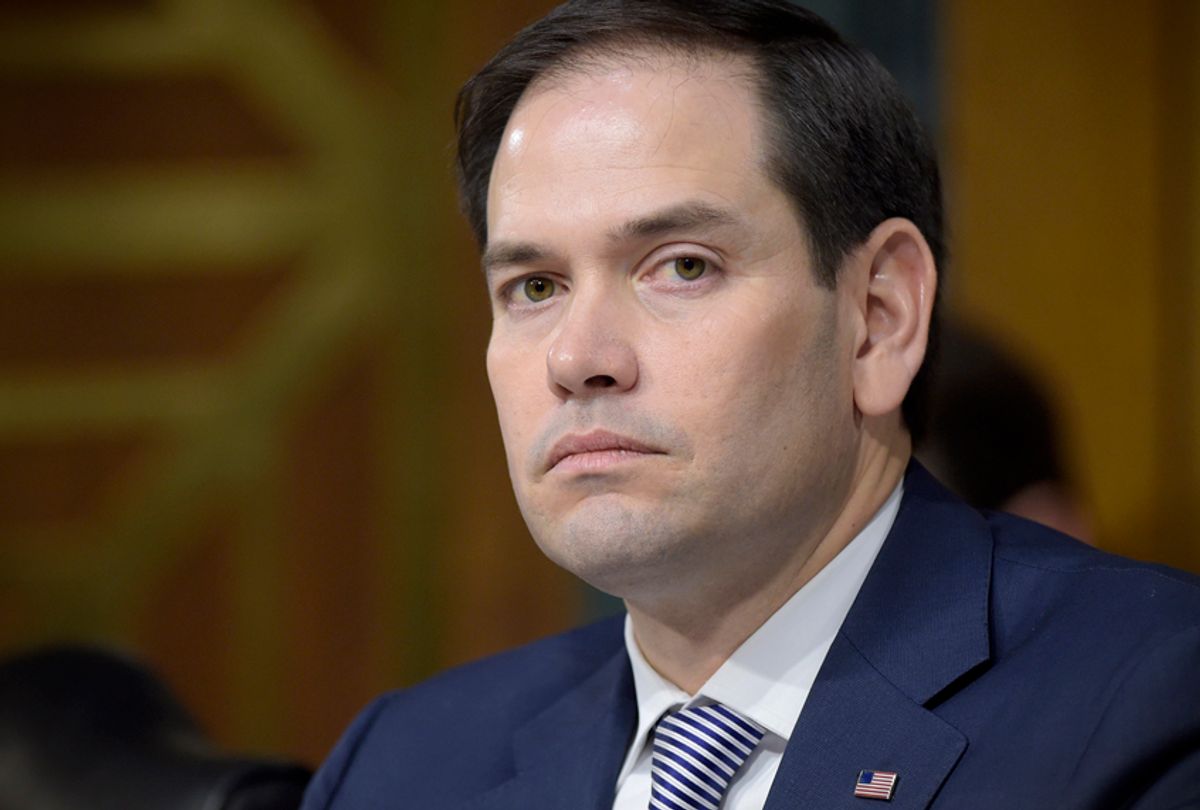 Senator Marco Rubio, R.-Fla., falsely claimed Wednesday on "Fox & Friends" that "a lot" of employers were "having trouble re-hiring workers" because some Americans would rather collect unemployment than go back to work. The remarks came as unemployment claims soared to a record-high 30 million across the nation.

"A lot of people are having trouble re-hiring workers. Because the workers are saying to them, 'I'm making more on unemployment. Not everybody — most people would prefer to have a job obviously — but that's an issue we're hearing reports about," the Florida Republican told Fox News host Brian Kilmeade, later sharing the statement on his official senate page.

Florida on Thursday reported 430,000 residents filed jobless claims last week, making it the first state to surpass California in weekly unemployment claims. According to the latest state data, more than two million Floridians have filed for unemployment since March 15, but complaints about delays and undue rejections have led to a lawsuit against the Sunshine State.

Jobless claims rose 3.8 million nationally last week, raising the total number of claims across the last six weeks to more than 30 million as the fallout from the pandemic continued to hollow out the national economy.

Rubio's remarks echoed Rick Scott, his fellow Republican senator from Florida who tweeted the day before the "Fox & Friends" interview that "if given the chance to make more on a government program than in a job, some will make the rational and reasonable decision to delay going back to work, hampering our economic recovery."

"This is a big problem that I've been warning about for weeks now," Scott, who with a net worth of at least $362 million is one of the five wealthiest congressman, added. Rubio ranks 96th at an estimated $1 million.

Rubio is also a dogged critic of minimum wage laws, making an argument for a $0 minimum to Charlie Rose in 2013.

"I support people making more than $9. I want people to make as much as they can," he said at the time. "I don't think a minimum wage law works."

Rubio also believes wages are too low, telling an audience at a 2015 New Hampshire campaign rally that "you can't live on $10 an hour. You can't live on $11 an hour." He voted down a bill to raise the national minimum wage to $10.10 the year prior.

Florida caps its unemployment benefits at $275 for 12 weeks, a payout which has not increased since 1998. Republican Gov. Ron DeSantis has not shown an appetite to raise them.