The coronavirus is causing Trump's supporters to abandon him 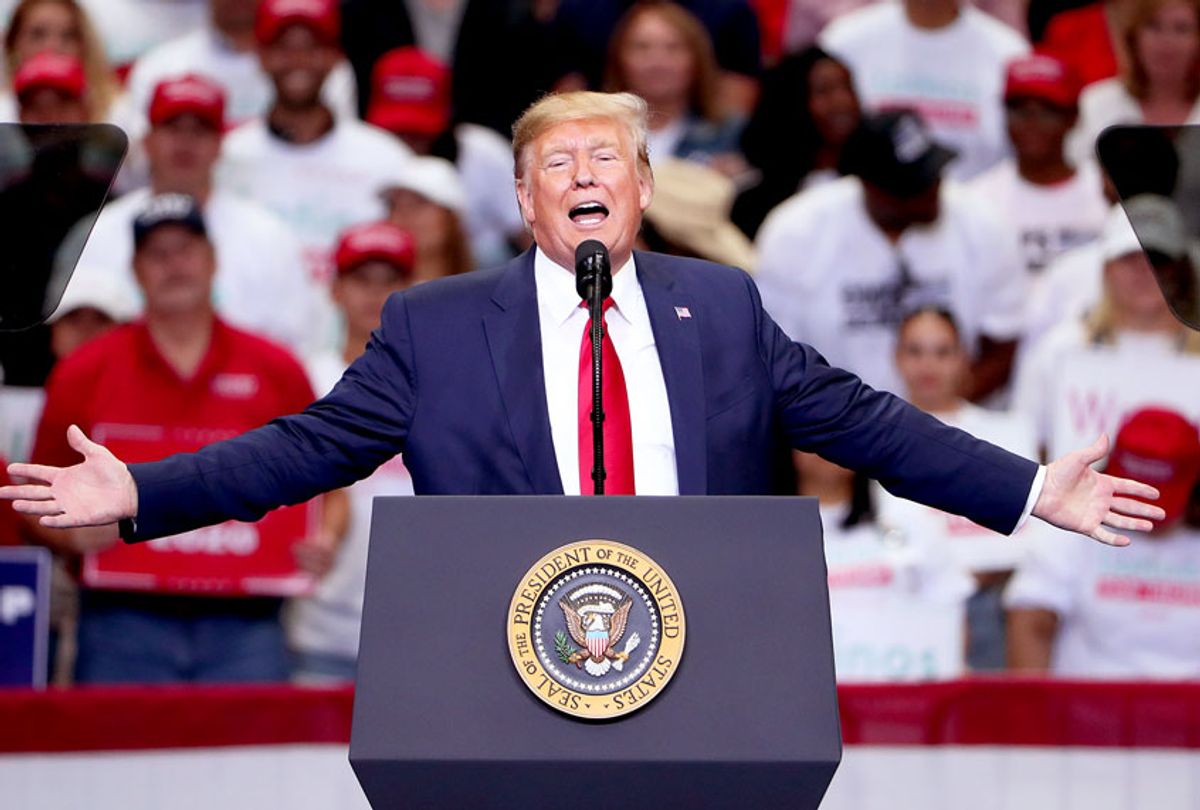 On Thursday, TIME Magazine reported on how the coronavirus pandemic has done something that for years has seemed impossible: disillusioning President Donald Trump's supporters.

"Over the past four years, Trump has developed a Teflon mystique: no matter what he says or does, nothing seems to stick to him," wrote Charlotte Alter and Tessa Berenson. "Predicting that the latest outrage will finally sever his bond with supporters has been a mug's game. And even as the coronavirus crisis escalated in March and April, there have been few signs that this is changing: 93% of self-described Republicans said during the first half of April that they approved of Trump's performance, according to Gallup — up two points from a month prior."

"Yet there is also little question that the pandemic has transformed the election," continued the report. "Two months ago, Trump was an incumbent president riding a strong economy and a massive cash advantage; today, he looks like an underdog in November. The RealClearPolitics polling average has former Vice President Joe Biden, the presumptive Democratic nominee, leading Trump 48.3% to 42% nationally. Trump's prospects aren't any brighter right now when broken down by states that were key to his 2016 victory. According to Real Clear Politics polling averages, Biden leads Trump by 6.7 points in Pennsylvania, 5.5 in Michigan, and 2.7 points in Wisconsin. Biden is also leading Trump narrowly in Florida and Arizona."

Among the Trump voters whose vote he has lost are Heidi and Dennis Hodges of Erie, Pennsylvania. "I liked his tough stance. I liked that he wasn't a politician," Dennis told TIME. But after seeing the pandemic ravage the nation, and his wife's father spend weeks on a ventilator in a medically induced coma, while Trump spent weeks downplaying its severity, Dennis had enough. "Before the pandemic, Trump would have gotten my vote again," he said. But not now.

Jessica Lavine Freeman of Georgia agreed, saying "If we had sat down and had this conversation in August of last year, I probably would have voted for Trump again," but that Trump's incompetence managing coronavirus was the "final straw" and she would instead vote for former Vice President Joe Biden.

"It's a pandemic where over 50,000 people have died, and he shows no empathy, no remorse, no compassion—it's all about ratings and opening up the economy as quickly as possible," said Brandon Hughes, a hospital official in Kentucky who backed Trump in 2016 and now regrets it. "I don't think he's capable of compassion and empathy. If he can't show it during this, in what instance would he?"

The majority of Trump's voters are still with him, according to polls. But Trump can't afford to lose that many of them — he won thanks to 80,000 people in Michigan, Pennsylvania, and Wisconsin.