Republicans in tight races are fleeing Trump in fear of a November election disaster: report 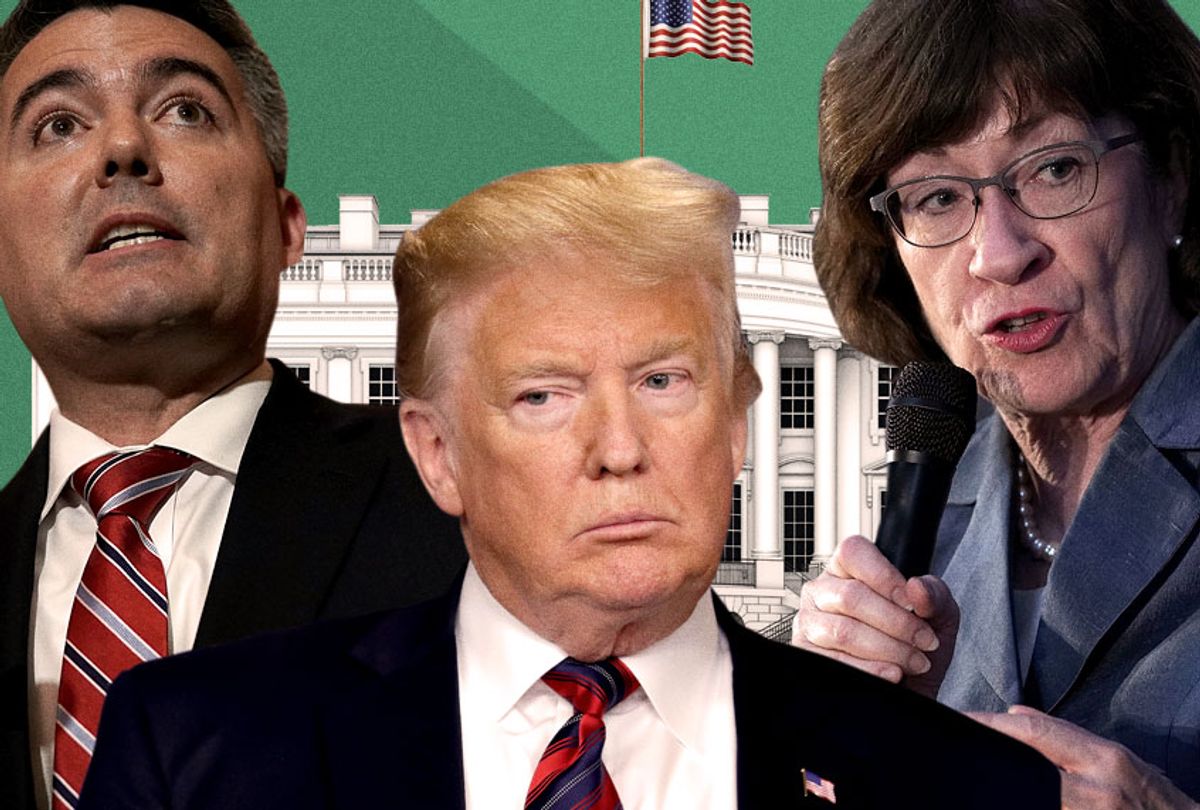 According to a report in the New York Times, Republican officeholders in competitive districts fear Donald Trump's unpopularity — particularly in light of his coronavirus failures and the subsequent collapse of the economy — will swamp their chances of holding onto their seats in November.

As GOP lawmaker put it: "I'm holding on."

"It is a tricky task for lawmakers like [Rep. Fred] Upton (R-MI) in centrist districts throughout the country, who understand that their re-election prospects — and any hope their party might have of taking back the House of Representatives — could rise or fall based on how they address the pandemic. Already considered a politically endangered species before the novel coronavirus began ravaging the United States, these moderates are now working to counter the risk that their electoral fates could become tied to Mr. Trump's response at a time when the independent voters whose support they need are increasingly unhappy with his performance," the report notes before adding, "The president's combative news conferences, which his own political advisers have counseled him to curtail, have made the challenge all the steeper."

"In an attempt to ensure their contests become referendums on their own responses to the virus, rather than the president's, vulnerable House Republicans are instead brandishing their own independent streaks, playing up their work with Democrats, doubling down on constituent service and hosting town-hall-style events — avoiding mention of Mr. Trump whenever possible," the report continues with Rep John Katko (R-NY) admitting, "It does make it difficult at times."

According to former Rep. Carlos Curbelo (R-FL) who battled with Trump and ended up losing his seat in the 2018 "blue wave" election — it is not an easy task.

"The president continues to be reckless in the context of the Covid-19 crisis," Curbelo explained. "You could see a similar dynamic where a lot of Republicans in competitive districts will just break with him in an effort to protect their own candidacies."

"Many of his former colleagues in competitive districts had hoped the severity of the crisis would give them a platform to highlight their own responses, Mr. Curbelo said. But as Mr. Trump's nightly briefings 'became more about the president and his personality' than about the disease, he added, 'Republicans have perceived a peril in that development, and certainly some of the recent polling validates that,'" the report continues.

"In some ways, the dilemma these centrist Republicans are facing is the same one they have had to navigate since Mr. Trump was elected, as they have repeatedly been called upon to answer for his more provocative statements and actions. But the pandemic has sharply raised the stakes as their constituents bear the brunt of its dire consequences," the Times reports. "At home in their districts, lawmakers have largely been able to avoid direct questions about the president's handling of the crisis, instead fielding an onslaught of requests from constituents and reporters for basic information about when relief will reach them."

One Republican voter who voted for Trump in 2016 and will likely support him in 2020, said he understands the problems faced by GOP lawmakers who are trying to avoid the president.

"It's a tightrope," explained Gary Dixon, a retired salesman who supports Rep. John Katko (R-NY). "You've got to be on that wire where you're trying to stay in the middle, but I don't think his middle position will alienate the true Republicans."