The Ayatollah in the White House

Ironies of the coronavirus times: For all their mutual enmity, have the United States and Iran ever been closer? 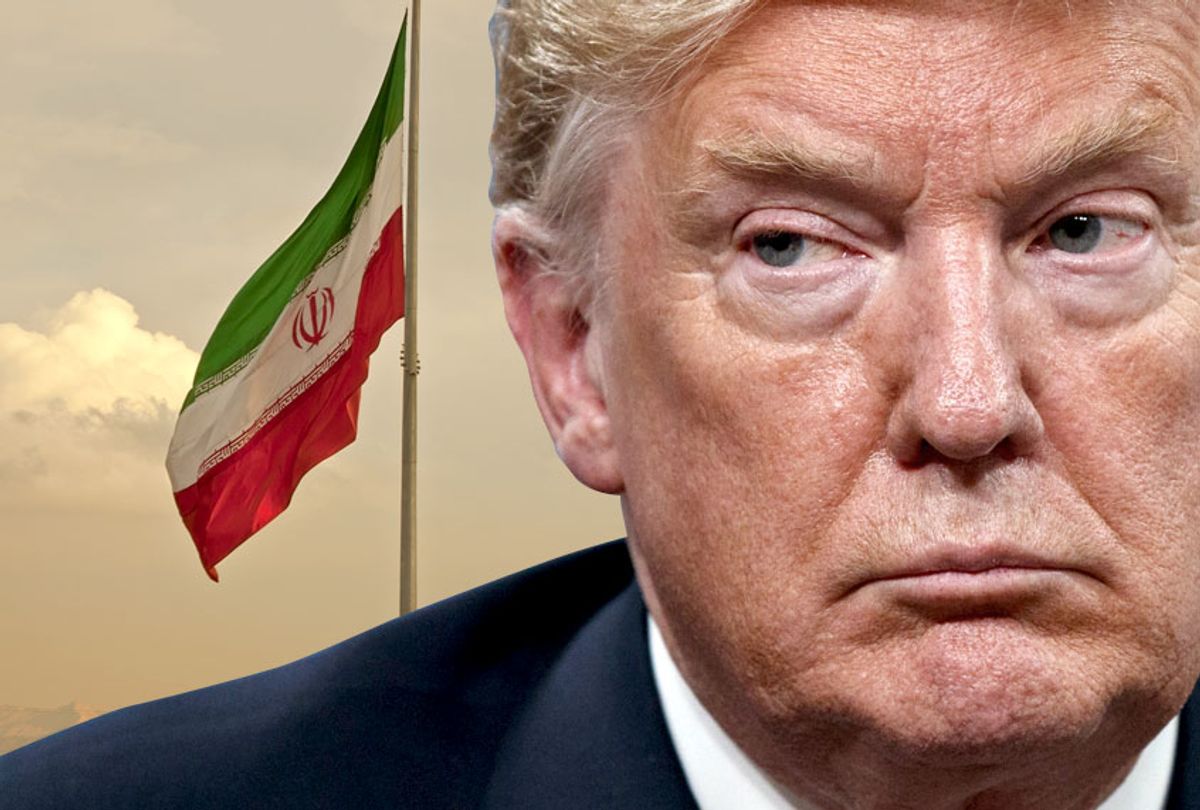 Since the 1950s, the history of the United States and of Iran has been amazingly intertwined.

Unfortunately, at decisive turns in history, the two countries' relationship was a tragic one. The action taken by one typically triggered disastrous effects in the other.

Usually, the lubricant that facilitated – and also doomed – the interaction between the two nations was the question of the ownership of, or easy access to, oil.

That was the case, for example, when the U.S. government at the time collaborated with the UK on toppling the duly elected government of Prime Minister Mohammad Mossadegh in 1953. He was ousted in a coup just because he wanted to have the Iranian people benefit from the spoils of their nation's oil resources.

Or when the U.S. government in the 1970s clung to the ever more despotic acting Shah of Iran. U.S. protection was not only insufficient to prevent, but also actually fomented the Shah's eventual ouster in the popular, religiously inspired Iranian revolution of 1979.

Moving beyond oil, nukes and terrorism

Later that same year, in early November, U.S. diplomats were taken hostage by Iranian students who, in turn, were supported by the revolutionary government. That event rankles Americans to this very day.

Of course, not just over the past decade, Iran's pursuit of nuclear weapons and the West's appropriate response to that, has become a major bilateral battlefield. As has the issue of Iran's support for international terrorism.

Fast forward to the present. Ever since he took office in January 2017, U.S. President Donald Trump has been adamant about tackling Iran, including through the killing of General Soleimani.

But of late, stunning parallels between Donald Trump and Ayatollah Khameini have come into sight. While Donald Trump does not wear a black turban, like the ayatollahs of Iran, his hairdo is no less prominent or protrusive. In addition, it is far more colorful.

Both Trump and the Ayatollahs very much live in their own, highly twisted worlds that, in each case, grossly violate even the most basic ideas of human decency.

They pretend to serve their religion and their nation, respectively, but are only wedded to advancing their own selfish causes and those of their wider clan.

Now, for their part, the ayatollahs of Iran and their henchmen in the Iranian Revolutionary Guards use the precepts of their religion in order to pseudo-legitimize their brutal and oppressive rule. They thus systematically abort the vitality and productivity of Iranian society, which had been proven through the ages.

In the narrow context of religion, the ayatollahs of Iran offer their praises to a prophet and never refer to God himself. Meanwhile, the Ayatollah in the White House has no such compunctions. Trumpism is a form of theocracy where God has a first and a last name.

Flunking on science and reality

Another bewildering commonality between the religious leaders of Iran and the current U.S. President is even more troublesome.  The fact that Trump's relationship to science, evidence and the truth is on par with that of the Ayatollahs, is probably his greatest betrayal of American traditions.

But even that truly earth-shattering statement applies with one big difference. The ayatollahs of Iran – cynics that they are – may know that they are lying through their teeth. They justify (mis-)leading a great people into the abyss by the adherence to their form of Islam.

In contrast, Trump is actually far more dangerous. He actually believes his own falsehoods. That is true even if the narrative of his own story turns 180 degrees from one day to the next.

People accuse Trump of being a pathological liar. Indeed, he is incapable of distinguishing truth from falsehood, and passionately believes in what he says.

His short-term memory is such that he cannot detect any patterns — even if the falsehood has changed from Monday to Tuesday. This is a frightening psychological pattern.

When it comes to dealing with the Coronavirus,Trump first called it a Democratic hoax spread by the fake media. When he was finally — and much too late — pushed to action, he blamed former President Obama for the crisis.

Then, he spoke of the miracle cures for the virus (based on two existing malaria drugs), when neither has been clinically tested. Thereafter, he had the U.S. Secretary of State Pompeo once again introduce references to the "Deep" State Department, which were completely unrelated to the issue at hand.

As for the effectiveness of malaria drugs, he was quickly and in front of the very same cameras set straight by the country's lead virologist, Dr. Anthony Fauci, currently the director at National Institute of Allergy and Infectious Diseases (NIAID).

When Trump made his "deep state" remark, Dr. Fauci was shown first snickering at the remark then putting his palm in front of his face in utter embarrassment as he stood right behind Trump.

And now Fauci finds himself faced with death threats by Trump-worshipping forces. The stunner, however, is not even those death threats, but the fact the U.S. President has so far not seen fit to at least disavow his self-acclaimed avengers.

How the Ayatollahs mimicked Trump (and vice versa)

Tracing the Iranian side's comparative ineptness, the Ayatollahs prove their ability to match Trump blow-by-blow. While Trump has called it the "China Virus," Khamenei referred to it, predictably enough, as an American creation.

And, despite knowing about the presence of Coronavirus in Iran, the country's top leaders kept the news from the Iranian people in order to not interrupt parliamentary elections and the celebration of the 41st Anniversary of the Islamic Revolution.

Iran's religious crew must have had the smile of brotherhood on their faces when Trump declared the following:

It is my great honor to declare Sunday, March 15th as a National Day of Prayer. We are a Country that, throughout our history, has looked to God for protection and strength in times like these…

Like Trump, Iranian leaders don't just have a surreal – but counter-real – relationship to the truth. For example, they boasted success in controlling the spread of the virusdespite rising deaths and infections.

As Mr. Rouhani put it during the Iranian New Year's celebration: "Our nation has managed to reach its goals, despite difficulties … Iran will overcome the coronavirus with unity."

Echoed Trump: "It's a very contagious virus. It's incredible. But it's something we have tremendous control of."

What is so jarring about it all is that Trumpism signifies a stunning deterioration in terms of human development.

The nation co-founded by such men as Jefferson, Hamilton and Madison and shaped in its early, politically feeble stages by a practical and principled man such as George Washington now has to contend with a Trump.

The 45th U.S. President represents not just a remarkable climbdown for the nation that was an early representative of enlightenment, but the polar opposite of what the Founding Fathers had in mind. They would have abhorred – and explicitly warned – against any cult of personality.

In case you wonder how regimes like this can persist, look no further than this. In Iran, the Revolutionary Guards resolutely stand by the Ayatollahs. Why? Because they know where and how their bread is buttered.

In the United States, virtually all the Republicans in the U.S. Congress act like a similar praetorian guard. They show no hesitation to worship the Great Donald, so that they, too, protect their own racket.

Editor's note: The author would like to thank Behzad Yaghmaian for his insights related to Iran.