The coronavirus has mutated. Here's what that means 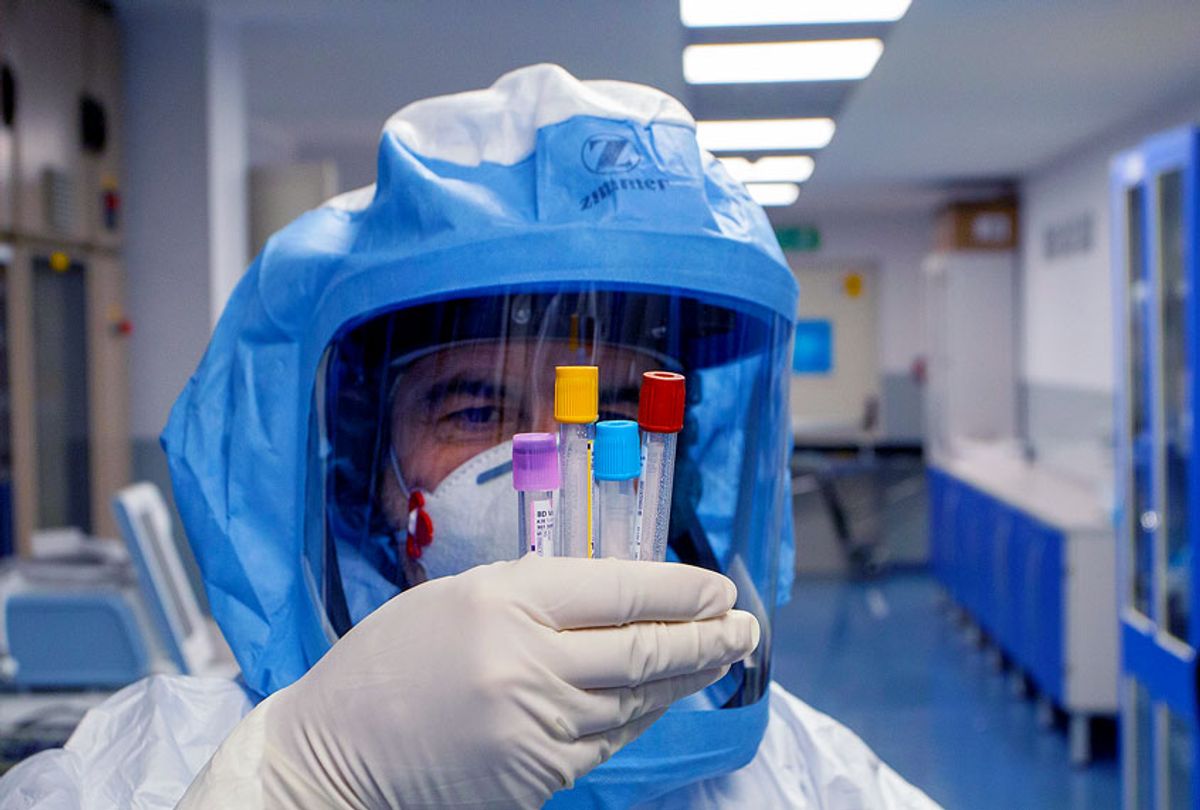 A nurse looks at test tubes after taking a blood sample from a patient suffering from Covid 19, in the Covid-19 department at the Bari Polyclinic on May 05, 2020 in Bari, Italy. (Donato Fasano/Getty Images)
--

A new strain of the novel coronavirus appears to be more contagious than the version that gained footing at the beginning of the COVID-19 pandemic, according to a new study led by scientists at Los Alamos National Laboratory (LANL).

The new strain, dubbed D614G, surfaced in Europe in February before appearing in the east coast of the United States. It has been the dominant strain across the world since mid-March, according to the report. That fact is raising concerns, not just over the new strain's infectivity but also because some believe the existence of a secondary strain may make some patients vulnerable to a second infection after surviving a different strain.

Because much existing research was focused on earlier strains, such research may not be applicable to this new strain, Los Alamos scientists warn.

The 33-page report was posted on BioRxiv, and has yet to be peer-reviewed.

"The mutation Spike D614G is of urgent concern; it began spreading in Europe in early February, and when introduced to new regions it rapidly becomes the dominant form. Also, we present evidence of recombination between locally circulating strains, indicative of multiple strain infections," the authors of the study wrote. "These finding [sic] have important implications for SARS-CoV-2 transmission, pathogenesis and immune interventions."

"D614G is increasing in frequency at an alarming rate, indicating a fitness advantage relative to the original Wuhan strain that enables more rapid spread," the study continued.

According to the Los Angeles Times, one of the lead authors, Bette Korber, a computational biologist at Los Alamos, wrote on her Facebook page that the findings were "worrying." Korber is known for her contributions to HIV vaccine research.

"The story is worrying, as we see a mutated form of the virus very rapidly emerging, and over the month of March becoming the dominant pandemic form," Korber wrote on her Facebook page. "When viruses with this mutation enter a population, they rapidly begin to take over the local epidemic, thus they are more transmissible."

Korber said it was "hard news," but that the public must not be "disheartened."

"Our team at LANL was able to document this mutation and its impact on transmission only because of a massive global effort of clinical people and experimental groups, who make new sequences of the virus (SARS-CoV-2) in their local communities available as quickly as they possibly can," Korber said.

Salon has contacted Korber for comment, and will update upon hearing a response.

The report was based on a computational analysis of over 6,000 coronavirus sequences which were collected by a project called the Global Initiative for Sharing All Influenza Data. In total, the researchers have identified 14 mutations to date. Specifically, the mutation of the new version, D614G, affects the spike protein of the virus which allows the virus to enter a human host.

As CNN reported, it remains possible that no vaccine for COVID-19 will be made, or that it could take far longer than 18 months to create. Case in point: four decades and 32 million deaths later, the world doesn't have an HIV vaccine. This is in part because of the nature of the virus itself.

"Influenza is able to change itself from one year to the next so the natural infection or immunization the previous year doesn't infect you the following year. HIV does that during a single infection," Paul Offit, a pediatrician and infectious disease specialist who co-invented the rotavirus vaccine, told CNN. "It continues to mutate in you, so it's like you're infected with a thousand different HIV strands," Offit tells CNN. "[And] while it is mutating, it's also crippling your immune system."

Does this mean that we might have to wait decades for a COVID-19 vaccination? It's too early to tell, but some experts do warn that humanity should think about reorganizing to be better suited to stop the spread of the coronavirus.

"It's absolutely essential that all societies everywhere get themselves into a position where they are able to defend against the coronavirus as a constant threat, and to be able to go about social life and economic activity with the virus in our midst," Dr. David Nabarro, a professor of global health at Imperial College London, told CNN.