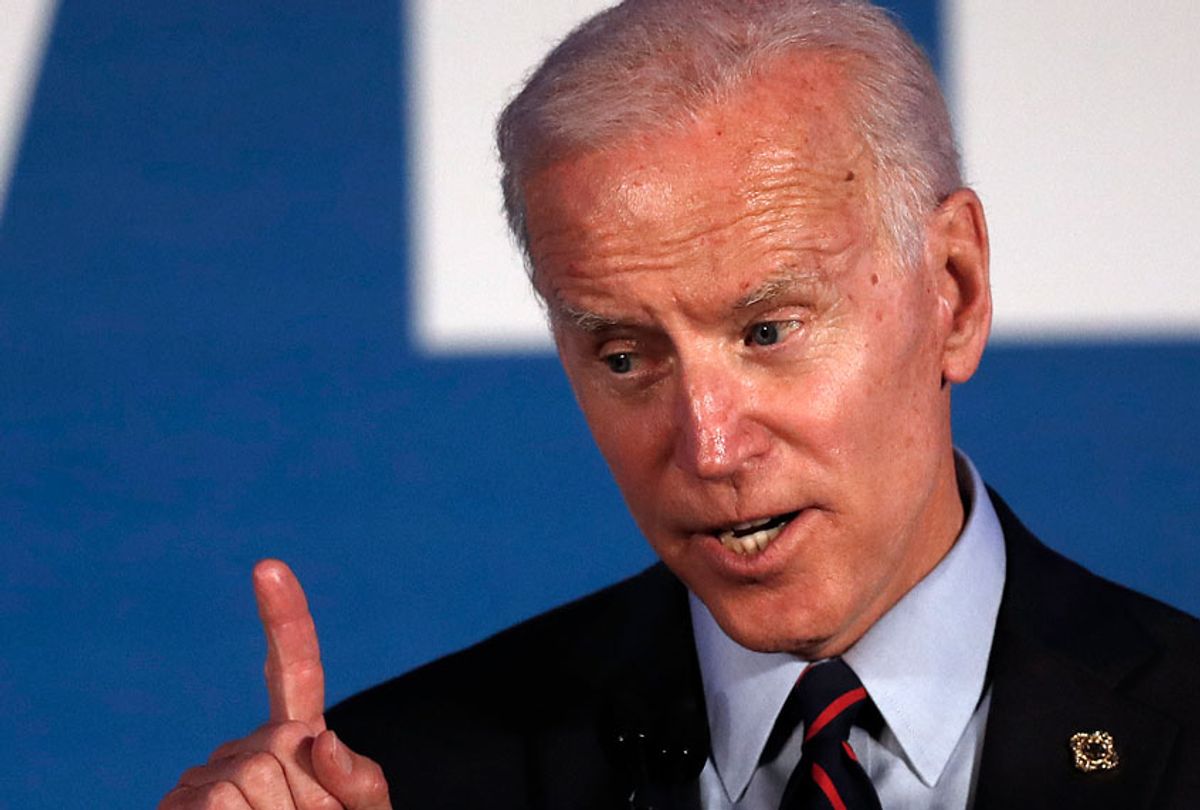 Observers hoping to get to the bottom of Tara Reade's accusation that former Joe Biden sexually assaulted her have latched on to a plan: The records of Biden's old Senate office should be searched for any reference to a complaint Reade says she filed about his behavior back in the '90s.

The New York Times editorial board made one of the most prominent calls for this course of action, writing:

Any inventory should be strictly limited to information about Ms. Reade and conducted by an unbiased, apolitical panel, put together by the D.N.C. and chosen to foster as much trust in its findings as possible. Admittedly, this would be a major undertaking. Mr. Biden served 36 years in the Senate. He turned over nearly 2,000 boxes and more than 400 gigabytes of data to the University of Delaware; most of it has not been cataloged. But the question at hand is no less than Mr. Biden's fitness for the presidency. No relevant memo should be left unexamined.

But this idea is a mistake. It almost certainly will not lead to any further clarity about the allegation, and it will just be a larger distraction from both Reade's claims and the Biden campaign.

If no document is found, we will have learned nothing. It's possible the file was lost or destroyed any time from the present back until the time it was written. It's possible, too, that Reade never filed it at all. Finding nothing wouldn't give us any more information either way, and it could inspire more conspiracy theories on both sides of the dispute. And it seems likely that nothing will be found — Biden suggested the personnel files would be with the National Archives, but officials denied that it had such documents. So no one even really knows where to begin looking.

Suppose that the document is found, however. Reade says she doesn't remember what she said in the form, but she knows she didn't specifically mention any sexual assault. She has suggested she didn't use the term "sexual harassment," but described behavior that made her uncomfortable.

There are many allegations of harassment and unwanting touching against Biden; he's apologized for this kind of behavior. And whether or not that apology or conduct should be accepted, it hasn't been treated as a major issue in the primary after the allegations first emerged. Nobody thinks searching the vice president's old Senate office files is meant to settle questions about that kind of conduct.

What people want to know is whether the presumptive Democratic presidential nominee did, in fact, assault Reade. And while finding a document confirming that Reade complained about his conduct would be consistent with her story of assault, it would also be consistent with her previous account in which she had omitted any mention of the assault. So it wouldn't serve to help settle the question of whether the assault happened at all.

So what, exactly, is the point of the search for the records?

I've written that I find Reade's allegation compelling and plausible. But I don't think it helps her case to search for information that would neither prove or disprove it. And it certainly does nothing to help Biden or his campaign.

It does help people, like those on the New York Times editorial board, who want to appear to be taking Reade's claims seriously without actually coming to a judgment about them and the viability of Biden's candidacy. And it could help Trump in his campaign against Biden, by giving him more ammunition. The truth about the mysterious Biden papers could easily become the new version of "Hillary's missing emails" that Trump obsessed about during 2016.

But there's likely not any more truth to find in the Biden archives when it comes to Tara Reade. While it's possible there's some document that offers persuasive evidence for or against her claim, it seems exceedingly unlikely, and neither party in the dispute appears inclined to think such evidence exists.

What there is is a trap. A trap for the media, which will waste time going down pointless rabbit holes. A trap for the Biden campaign to trip and fall down these holes. A trap for Reade in a false promise for corroboration. A trap for well-meaning observers trying to understand the truth but delaying putting off making any substantive determinations. And a trap for American voters who will be fed a deluge of pointless details and speculation about a trove of documents that is unlikely to have anything of importance to factor into their political decisions.