There is a significant variation across political parties 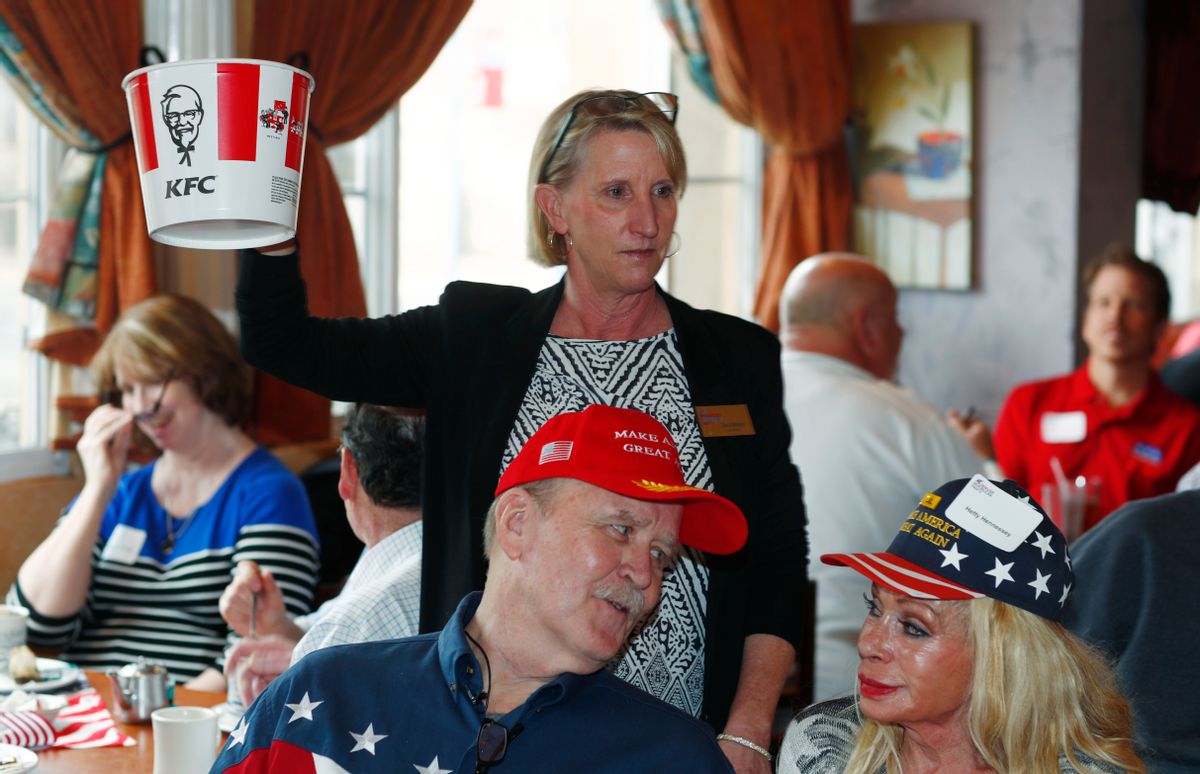 Sue Moore holds up an empty chicken bucket as she asks for donations from local Republicans as they gather to watch the inauguration of Donald Trump as president of the United States at a Greek restaurant on Friday, Jan. 20, 2017, in east Denver. (AP Photo/David Zalubowski) (AP)
--

Scientists are still months away from putting a safe and effective COVID-19 vaccine on the market. But even before it exists, many Republicans are reflexively rejecting it.

A new Morning Consult poll shows that while 64 percent of Americans would get a vaccine if it were available, there is a significant variation across political parties. 20 percent of Republicans say they will not accept the vaccine, versus only 7 percent of Democrats who say the same.

President Donald Trump has spent a large portion of this year downplaying the threat of coronavirus. Even once he accepted it was a serious crisis, he aggressively touted an unproven drug cocktail involving an anti-malaria medication, something many Trump supporters still firmly believe is the cure.