"Every scientific and medical report shows . . . it actually will lead to an increase and spread," Abbott says 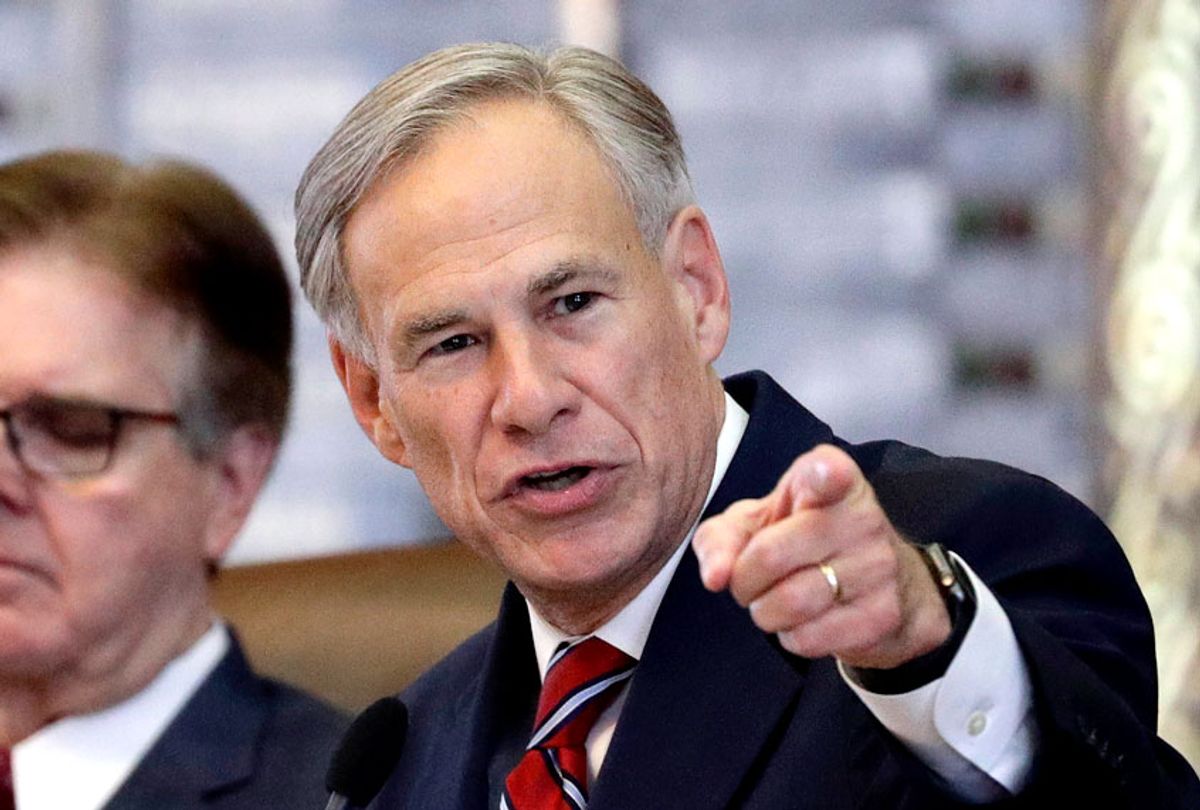 Gov. Greg Abbott, R-Texas, privately told lawmakers Friday that reopening businesses in the state would "lead to an increase" in COVID-19 cases after he began to ease social distancing restrictions.

"How do we know reopening businesses won't result in faster spread of more cases of COVID-19?" Abbott asked during a phone call with state and federal lawmakers that was first obtained by local news outlet Quorum Report. "Listen, the fact of the matter is pretty much every scientific and medical report shows that whenever you have a reopening — whether you want to call it a reopening of businesses or of just a reopening of society — in the aftermath of something like this, it actually will lead to an increase and spread. It's almost ipso facto."

"The more that you have people out there, the greater the possibility is for transmission," he added. "The goal never has been to get transmission down to zero."

A spokesperson for Abbott confirmed that the recording was authentic to The Daily Beast but claimed that the comments were in line with the governor's public statements. Abbott has repeatedly said the state may see an increase in the number of cases but argued that this would be the result of increased testing.

"One thing that all scientists and doctors say is that as we do begin to open up, there could be an increase in the number of coronavirus cases," he told KSAT-TV last month, before insisting that a key "reason for the increase is we are going to be doing more testing."

A spokesman for Abbott told The Daily Beast that his recorded comments matched what he said in another local interview, in which the governor argued that "when you begin to reopen, there can be spikes or increases in those who test positive for COVID-19." But in that interview, he also stressed that "this is nothing to be worried about, in part, because we will be doing far more testing in the future than we have in the past and that alone will identify more people testing positive."

"The governor has said this from the beginning, as we begin to open up, we will see flare ups, whether we open now or three months from now," a spokesman for Abbott told The Daily Beast. "The key is ensuring we are able to contain that spread, which is where contact tracing comes into play."

Abbott announced last week that some businesses, including retail stores, malls, restaurants and movie theaters can begin to reopen at 25% capacity. He stressed again in his announcement that the expected increase in cases would be driven by expanded testing.

Democrats accused Abbott of giving the public different messages than the ones he gives in private.

"Republicans are not here to protect you or your family. Governor Abbott finally admitted that prematurely opening Texas is going to lead to more cases and more deaths," Manny Garcia, the executive director of the Texas Democratic Party, said. "Republicans are putting our families' lives at risk so their billionaire donors can get richer. What Texas Republicans say in public yet again doesn't match what they say in private . . . He knew people would die after reopening Texas, and now, he needs to own it."

Dr. Zuo-Feng Zhang, an epidemiologist at the University of California at Los Angeles, told the Associated Press this week that he was "particularly concerned" about Texas, "where cases have been rising steadily and the potential for explosions seems high."

A recent University of Texas/Texas Tribune poll found that the state's residents are also concerned. More than 75% of Texas voters support stay-at-home orders for non-essential businesses.

"Gov. Abbott is trying to normalize an increase in cases to make people think the illnesses and deaths are not surprising," Glenn Smith, a strategist at the Democratic-aligned advocacy group Progress Texas, said in a statement to the San Antonio Current. "He wants to say this isn't news. Really? There is no bigger news than a government leader confessing to us that there will be an increase in illnesses and deaths from his actions. Texans are concerned for their families, neighbor  and communities, yet Gov. Abbott plows ahead while following orders from Donald Trump."