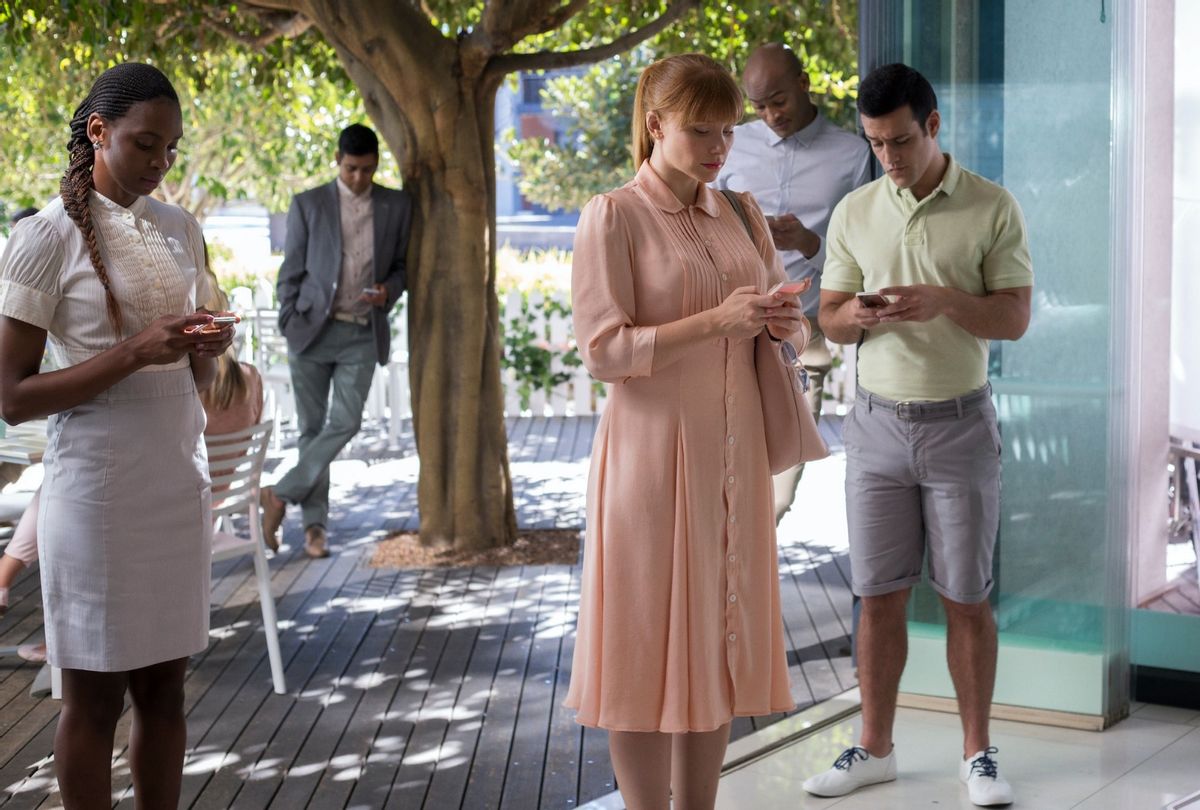 "Black Mirror" is one of the buzziest Netflix original shows whenever new episodes debut, but does a world plagued by a viral epidemic really need the added existential dread of the science-fiction anthology series? "Black Mirror" creator Charlie Brooker doesn't think so. The mind behind the anthology smash hit was recently asked by Radio Times about a Season 6 update, with the outlet reporting that Brooker said "he's not sure if audiences could stomach another season at the moment." "Black Mirror" debuted its fifth round of episodes in June 2019 and often takes over a year off in between seasons.

"I've been busy doing things. I don't know what I can say about what I'm doing and not doing," Brooker said. "At the moment, I don't know what stomach there would be for stories about societies falling apart, so I'm not working away on any on of those ['Black Mirror' episodes]. I'm sort of keen to revisit my comic skill set, so I've been writing scripts aimed at making myself laugh."

READ MORE: "Brockmire": Hank Azaria on the seriesfFinale and saying goodbye to a dream role

The most recent run of "Black Mirror" episodes featured high profile actors like Miley Cyrus and Anthony Mackie. The fifth season's June 2019 release date on Netflix makes it eligible for the upcoming 2020 Emmys. "Black Mirror" has won the Emmy for Outstanding Television Movie for three years in a row thanks to the episodes "San Junipero," "USS Callister," and "Bandersnatch." The show will compete for the 2020 Emmy with the episode "Smithereens," which stars "Fleabag" breakout Andrew Scott. Netflix had to make an official appeal to the TV Academy in order to submit "Smithereens" as the episode runs 70-minutes, below the 75-minute cutoff the Academy mandates for Outstanding Television Movie submissions. The Academy allowing the 70-minute "Smithereens" to compete has generated a bit of controversy from awards pundits.

Brooker has been the driving force behind "Black Mirror" since its start on Channel 4 in December 2011. The creator currently serves as showrunner alongside Annabel Jones. Brooker hasn't said much about the future of "Black Mirror" after Season 5 other than telling Digital Spy last summer that the series' future was "pretty flexible." The creator said, "I don't think there's anything to stop us. We could do one-offs, we could do an ongoing story, we could do spin-offs."

All episodes of "Black Mirror" are now streaming on Netflix.