President Trump's order to paint border wall back could increase cost by up to $3 billion: report 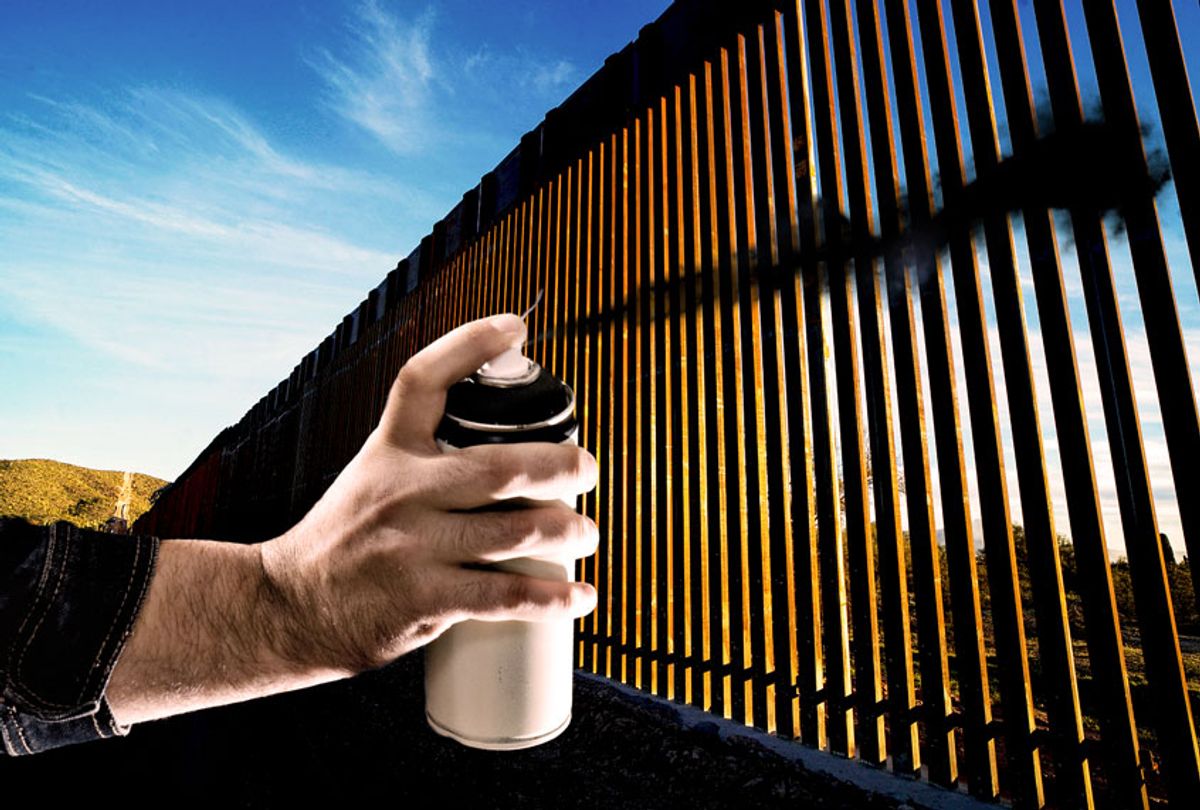 President Donald Trump has re-upped his demand that the multibillion-dollar wall being built along the southern border be painted black, an unnecessary amenity which would add an additional cost of $500 million to $3 billion, according to a new report.

The $500 million option would cover two coats of acrylic paint, while the $3 billion price point would support a premium "powder coating" for the barrier's 30-foot steel slats, per documents obtained by The Washington Post.

Trump has long agitated for a black wall, reportedly believing the paint will not only make the structure more formidable but also absorb enough heat in the sun-bleached deserts to ward off climbers. He has specifically lobbied for "flat black" or "matte black" for this reason, The Post reported, though the White House has not yet picked a color.

Officials believed that they had finally convinced Trump not to paint the wall black last fall following years of deliberations. Paint jobs also require maintenance, which would create substantial legacy costs. The option did not make the cut for the original U.S. Customs and Border Protection specifications.

But at a wall meeting last month, the president allegedly directed senior adviser Jared Kushner to hit the gas on the paint plan. (Trump is still holding White House border wall powwows amid the global coronavirus pandemic. He has publicly promoted the project as a national defense against the coronavirus.)

"POTUS has changed his mind and now wants the fence painted. We are modifying contracts to add," one official, who spoke anonymously out of a "fear of being fired," told The Post.

The paint raises the perennial challenge: How to pay for the wall, total costs of which have now reportedly passed $15 billion. The president long ago let his unfulfillable vow to make Mexico pay for the project wither on the vine, and congressional stonewalling has forced him to dip into his own Pentagon kitty, redirecting billions of dollars from existing domestic military construction projects.

The wall is, even among conservatives, seen as unnecessary, as well as an infringement on personal liberties granted in the constitution — a right near and dear to influential hyper-conservatives around the country such as Cliven Bundy, who otherwise support the president's agenda but fiercely oppose the eminent domain Trump must invoke to build on private property.

When Trump aides air these concerns, including telling the president that some of his directives are illegal, he has allegedly vowed to pardon anyone who runs afoul of the Constitution on his behalf.

"Take the land," he has said, according to government officials. "Don't worry, I'll pardon you."

"He said people expected him to build a wall and it had to be done by the election," a former official told The Post. Trump has demanded 500 additional miles by early 2021, an unrealistic goal which requires work at nearly double-time.

Failure to deliver on the signature promise of his 2016 campaign would be a letdown to Trump's supporters and an embarrassing defeat. With the election less than six months away and hundreds of miles of fencing plans still in blueprint form, Trump has held regular White House meetings for progress updates and to hasten the pace, according to several people involved in the discussions.

It remains unclear whether a superheated structure will serve as the additional deterrent Trump imagines. The slats are already unclimbable, and smugglers have been sawing through the bars and using camouflage ladders to cross into the country. Trump has added about 75 miles of barrier since the beginning of the year.