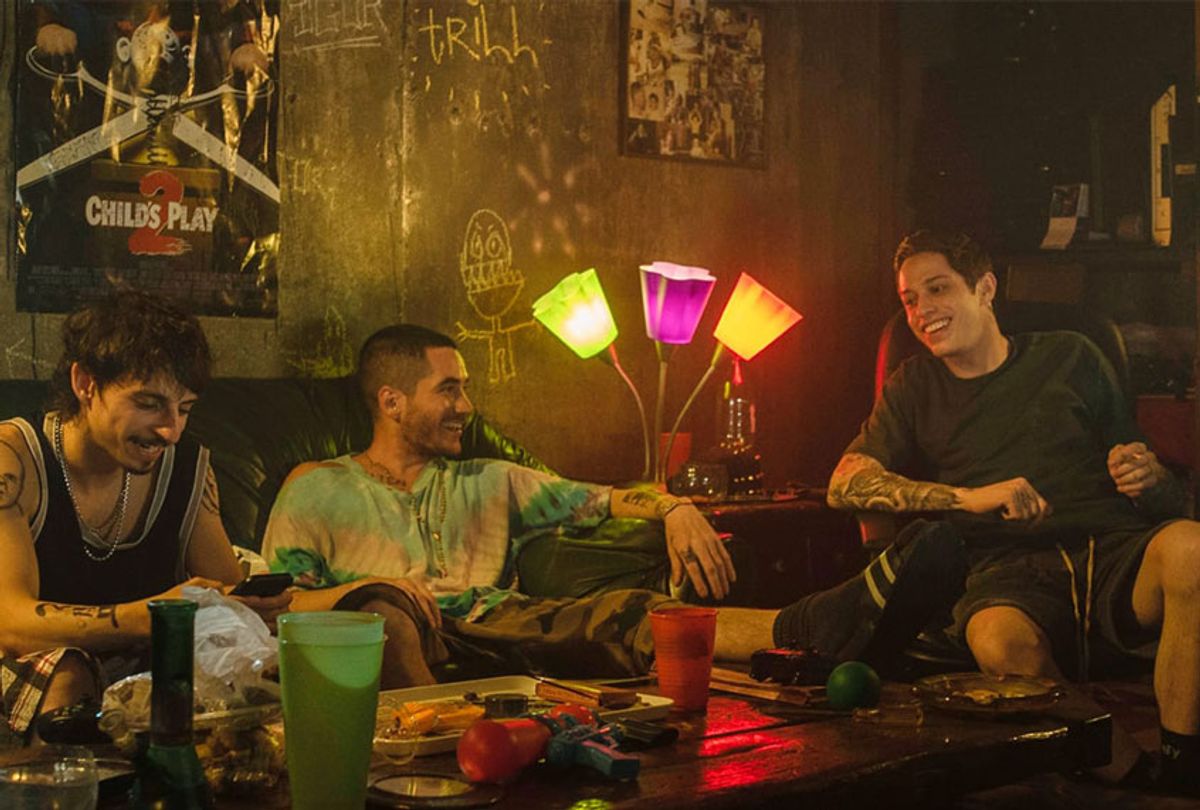 If you can't get enough Pete Davidson in your life, Judd Apatow has just the thing: "The King of Staten Island" is coming this summer, and NBCUniversal just dropped the trailer for the upcoming comedy film.

"The King of Staten Island" sees the "Knocked Up" director revisiting familiar territory, as his latest film tracks another weed-smoking slacker who dreams big but does little — until life forces his hand. Apatow also co-wrote the script with Davidson and "Saturday Night Live" alum Dave Sirus. The film, once set to open SXSW before a theatrical release, will premiere June 12 on PVOD.

Scott (Davidson) has been a case of arrested development ever since his firefighter father died when he was seven. He's now reached his mid-20s having achieved little, chasing a dream of becoming a tattoo artist that seems far out of reach. As his ambitious younger sister (Maude Apatow) heads off to college, Scott is still living with his exhausted ER nurse mother (Marisa Tomei) and spends his days smoking weed, hanging with the guys — Oscar (Ricky Velez), Igor (Moises Arias) and Richie (Lou Wilson) — and secretly hooking up with his childhood friend Kelsey (Bel Powley). But when his mother starts dating a loudmouth firefighter named Ray (Bill Burr), it sets off a chain of events that will force Scott to grapple with his grief and take his first tentative steps toward moving forward in life.

The film also stars Steve Buscemi as Papa, a veteran firefighter who takes Scott under his wing, and Pamela Adlon as Gina, Ray's ex-wife. The film is produced by Apatow through Apatow Productions, alongside Barry Mandel. The film's executive producers are Davidson, Michael Bederman, and Judah Miller.

Read more IndieWire: Universal Just Told the World That Theaters Are No Longer the Priority

Davidson recently expressed a desire to work on material outside of "Saturday Night Live," which he noted has become a difficult show to work on in a February interview with radio personality Charlamagne Tha God. Davidson dropped "Alive From New York," his first Netflix special, earlier in the year and has already been cast in "The Suicide Squad" and "The Rookie."

Davidson added that he was shooting one or two additional projects over the summer during his interview with Charlamagne Tha God, and though production is presumably on an indefinite hiatus due to current events, they indicate that "The King of Staten Island" and the aforementioned films and series will be the first of many non-"Saturday Night Live" appearances for the comedian.

Check out the trailer for "The King of Staten Island" below: