In a viral clip, a scientist falsely states that hospitals are being paid to put "COVID-19" as cause of death 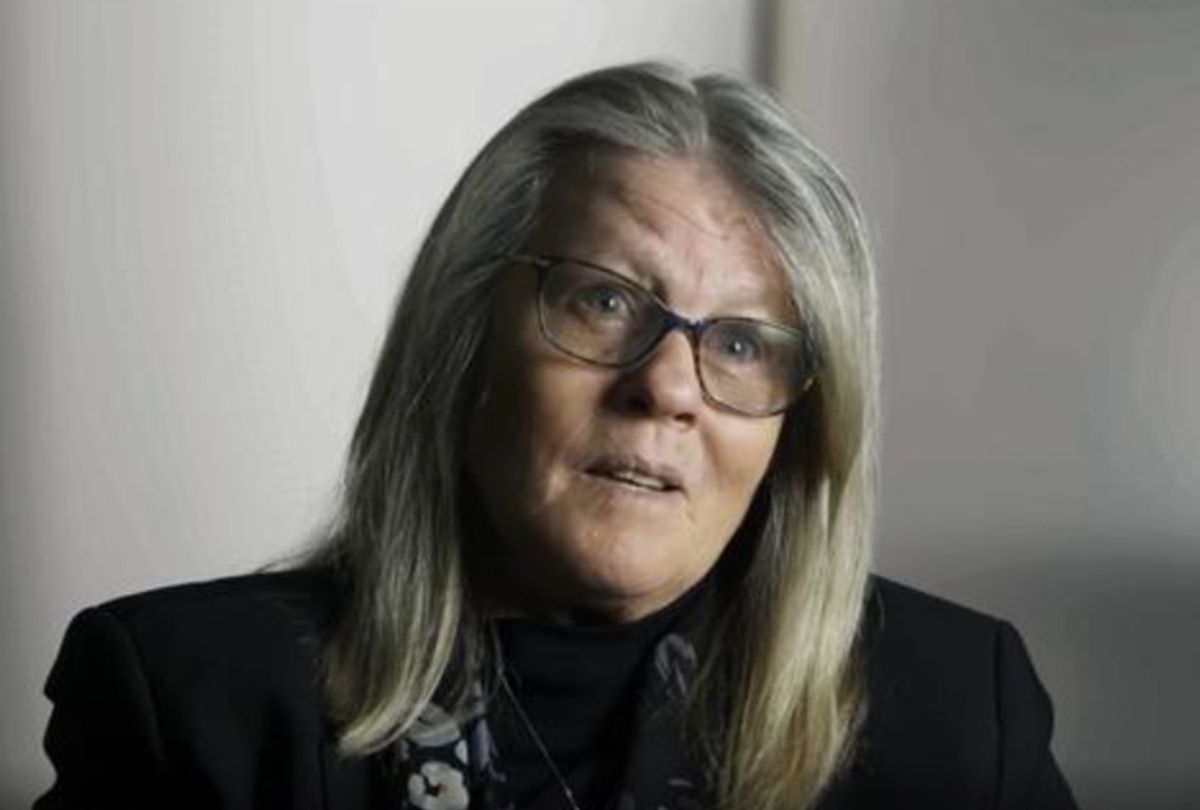 Judy Mikovits, pictured in a 26-minute preview of the documentary "Plandemic." ("Plandemic" (Fair Use))
--

Every crisis has its equal and opposite conspiracy theory. The coronavirus pandemic is no exception; one of the most-trafficked examples of a conspiracy theory has been making the rounds in the form of a 26-minute documentary, titled "Plandemic," which has gone viral in the past few days. In typical YouTube-doc noir fashion, the documentary overlays spooky music with the serious interrogation of one ex-research scientist, Judy Mikovits. In response to beaches being closed during shelter-in-place, she says "that's insanity." "You've got sequences in the soil, in the sand, you've got healing microbes in the ocean, in the saltwater," Mikovits says.

Editing-wise, the video is seductive: it posits quite convincingly — at least, within the un-fact checked realm of the documentary — that the coronavirus is part of a vast, coordinated plot, and that scientists are lying about it. (Note: it isn't, and we're not.)

Even on my own Facebook and Twitter feeds, a surprising number of my followers have condoned this documentary "clip." (I specify that it's a clip because, according to the documentary's website, the full documentary will be released in summer 2020). Many of its adherents urgently advise watching it "before it's taken down." Accordingly, Facebook and Youtube have yanked the video from their platforms, deeming it misinformation; ironically, such moderation only further speculation that Facebook and Youtube are in on the conspiracy theory.

What, exactly is "Plandemic", and who made it?

The 26-minute video titled "Plandemic" features an interview with Judy Mikovits, who is staged to look like a whistleblower who was ousted from the science community years ago. The film positions her as a once-disgraced figure whose insights into the coronavirus were dismissed. The video also depicts heavily edited clips of two discredited California doctors, Dan Erickson and Artin Massihi, co-owners of Accelerated Urgent Care. The two became infamous for recommending lifting shelter-in-place in California, and for stating that the coronavirus is no worse than influenza.

"Plandemic" alludes to a larger conspiracy theory, but it is unclear what or who exactly is behind it. The film's rhetoric mentions "great forces," and suggests many are being "killed by this agenda."

The film was produced by Elevate Films, a California production company run by former model and actor Mikki Willis. Willis interviews Mikovits in the film. On YouTube, Willis has over 30,000 subscribers and posts New Age-y videos, including one of him and his son doing a "third eye" meditation.

What are the claims made in "Plandemic?"

First, all of the big, spooky claims that Mikovits makes in the film have all been debunked by very credible fact-checking sites including Poynter's Politifact. Of the virus's origins, Mikovits says:

I wouldn't use the word 'created.' But you can't say 'naturally occurring' if it was by way of the laboratory. So it's very clear this virus was manipulated. This family of viruses was manipulated and studied in a laboratory where the animals were taken into the laboratory, and this is what was released, whether deliberate or not. That cannot be naturally occurring. Somebody didn't go to a market, get a bat, the virus didn't jump directly to humans. That's not how it works. That's accelerated viral evolution. If it was a natural occurrence, it would take up to 800 years to occur.

When asked where it originated, Mikovits replies, "Oh yeah, I'm sure it occurred between the North Carolina laboratories, Fort Detrick, the U.S. Army Medical Research Institute of Infectious Diseases, and the Wuhan laboratory."

A Nature journal article study stated that the virus had no signs of direct genetic engineering. However, as Sam Husseini in Salon noted, that does not rule out the possibility that a biowarfare lab discovered the virus in the wild, and studied it in a lab from which it escaped. Politifact, too, says that the March 17 Nature article doesn't rule out the possibility that the novel coronavirus was being studied in the Wuhan Institute of Virology and managed to get out.

The Wuhan lab itself denied the claim in February, calling it one of many "rumors" that had had "damage to our researchers who have been dedicated to working on the front line, and seriously interrupted the emergency research we are doing during the epidemic."

Mikovits also says that hospitals get $13,000 from Medicare if they write "COVID-19" on the death certificate a patient dies, suggesting that there is an effort to inflate the COVID-19 death rate. This debunked statement has appeared on websites like conservative blog The Spectator, which was flagged as part of Facebook's efforts to combat false news.

As part of the CARES Act, there's a 20 percent "add-on" for COVID-19 Medicare patients, but that statute was written to assist hospitals who are facinga loss in revenue from routine care and elective surgeries. USA Today corroborated this in an article at the end of April.

Mikovits also claims that the novel coronavirus was caused by a "bad strain" of the flu vaccine that circulated between 2013 and 2015. She insists that wearing masks will "activate" the virus and infect people again. And that Dr. Anthony Fauci, the nation's leading expert in infectious diseases, has ties to the lab in Wuhan, China.

Who is Judy Mikovits?

Mikovits worked for the National Cancer Institute for 22 years, which she left in 2001. She graduated with a PhD in biochemistry from George Washington University. According to an article about her written by the New York Times, she then moved from Maryland to California to work for a drug company that failed, which led her to a bartending stint. Then she worked for Whittemore Peterson Institute and conducted research on chronic fatigue syndrome. However, once scientists failed to replicate her research, her employer fired her, as reported by Science magazine.

According to the Washington Post, her employers then filed civil and criminal charges against her for allegedly stealing research and data when she left the job. The documentary opens with Mikovits addressing these charges in which she says she was arrested in her California home and was charged for being a "fugitive from justice." However reports state that she was arrested in Nevada. After her legal problems, Mikovits wrote a book with an anti-vaccination activist Kent Heckenlively in 2014. Together, they wrote a second book, "Plague of Corruption," which shot to the top of Amazon's bestsellers list this week.

Will this misinformation just keep spreading? What's next?

Well, cancel culture is oft-ineffective in the face of conspiracy theories. Rather, the suggestion of cancellation is enough to fan conspiratorial flames, as it provides evidence of repression. Especially amid a public health crisis, tensions are high, Americans are scared, and 60% of Americans have little to no trust in the federal government, according to Gallup. While "Plandemic's" claims are dangerous, one can see the appeal in grasping at the most trustworthy-sounding video in the room.