Veteran unemployment up to nearly 12 percent amid coronavirus crisis

More than 1 million veterans filed for jobless benefits last month, according to the Bureau of Labor Statistics 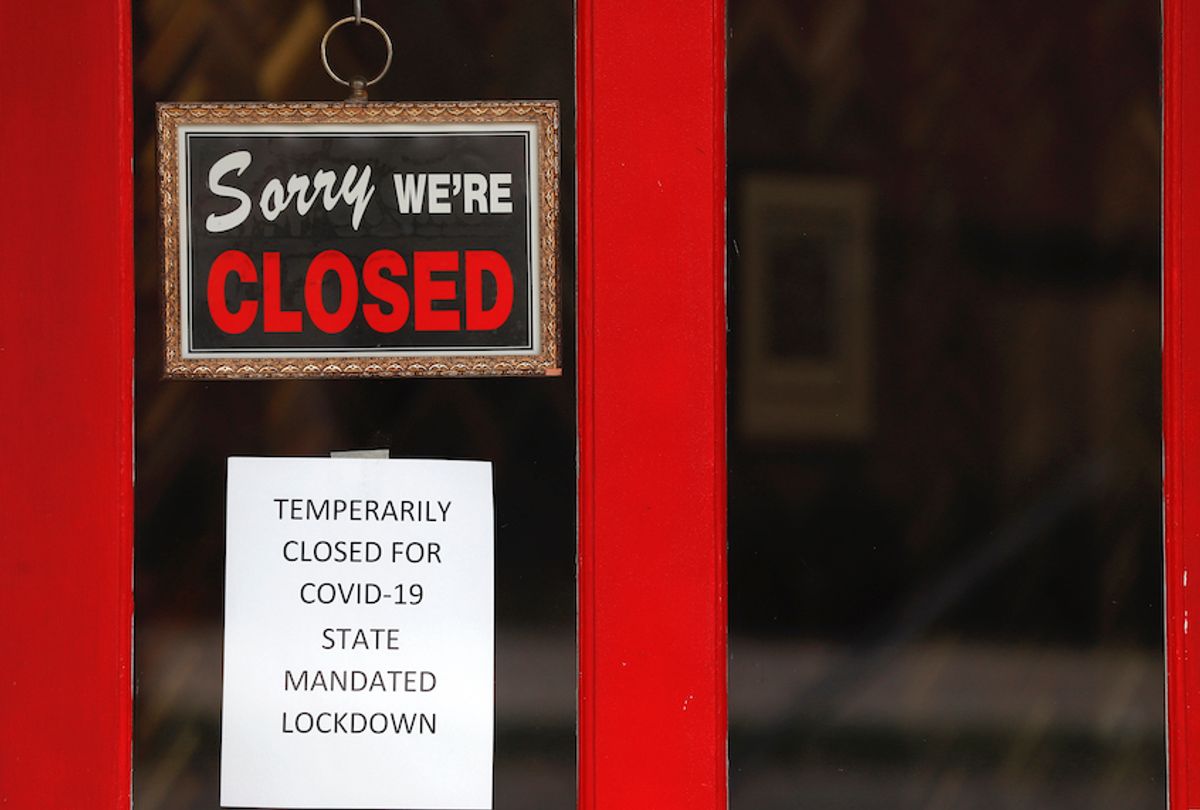 A sign in the widow of The Framing Gallery shows they are closed due to the new coronavirus COVID-19 pandemic, in Grosse Pointe, Mich., Thursday, May 7, 2020. (Paul Sancya/AP Photo)
--

Veterans unemployment jumped to nearly 12 percent in April as the country's total jobless rate rose to its highest levels since the Great Depression because of the ongoing coronavirus pandemic.

More than 1 million veterans filed for jobless benefits last month, according to the Bureau of Labor Statistics. At 11.7 percent, the unemployment rate for veterans was two points higher than its peak during the 2008 recession, and nearly triple the reported level just two months ago (3.5 percent in March).

Younger veterans seeking jobs were hit even harder last month. Federal researchers reported a 13 percent unemployment rate for veterans of the post-9/11 era. Nearly half of all unemployed veterans in America left the service in the last two decades.

The negative veterans news still outpaced the unemployment rate of the nation as a whole. April was the first full month of reports tracking the effects of the coronavirus pandemic, which has forced the temporary (or permanent) closing of thousands of businesses nationwide and left much of the country in self quarantine since mid-March.

BLS officials said that total non-farm payroll employment for the United States fell by 20.5 million individuals in April, pushing the unemployment up to 14.7 percent. In February, that figure was 3.5 percent.

In an interview on Fox News Friday morning, President Donald Trump called the grim jobs news "totally expected, it's no surprise" but vowed to repair the national economy in coming months.

Nathalie Grogan, a research assistant at the Center for a New American Security's Military, Veterans and Society Program, said the spike in veterans unemployment was predictable given the larger problems facing the country.

"This is another reminder that veterans live as part of their local communities, so as problems happen for other parts of the country, veterans are likely to be impacted too," she said.

Still, in coming months she and other researchers will be closely monitoring certain aspects of corporate hirings and firings to see if recovery from the downturn could be more difficult for veterans than non-military job seekers.

"Veterans tend to be concentrated in specific types of jobs," she said. "Nearly 12 percent of veterans working in the private sector are in manufacturing. So if the recovery lags there, veterans could be more severely affected."

Rosalinda Maury, director of applied research at the Institute for Veterans and Military Families at Syracuse University, said the impact on older veterans is also of concern.

Individuals who served in the Vietnam era or earlier saw a 17 percent unemployment rate last month, higher than any other veterans group or the country as a whole.

"We haven't seen the older population see a fluctuation like that," Maury said. "The younger veterans have had some swings in the past, but I'm surprised to see the older generations hit that hard."

Women veterans were also hit harder than men in the latest jobs report. About 14 percent of that group filed for unemployment benefits last month, in comparison to 11.4 percent for men.

Nearly 9 million veterans were employed across the country last month.