"The notion that everyone needs to be tested is just simply nonsensical," McEnany said during a press briefing 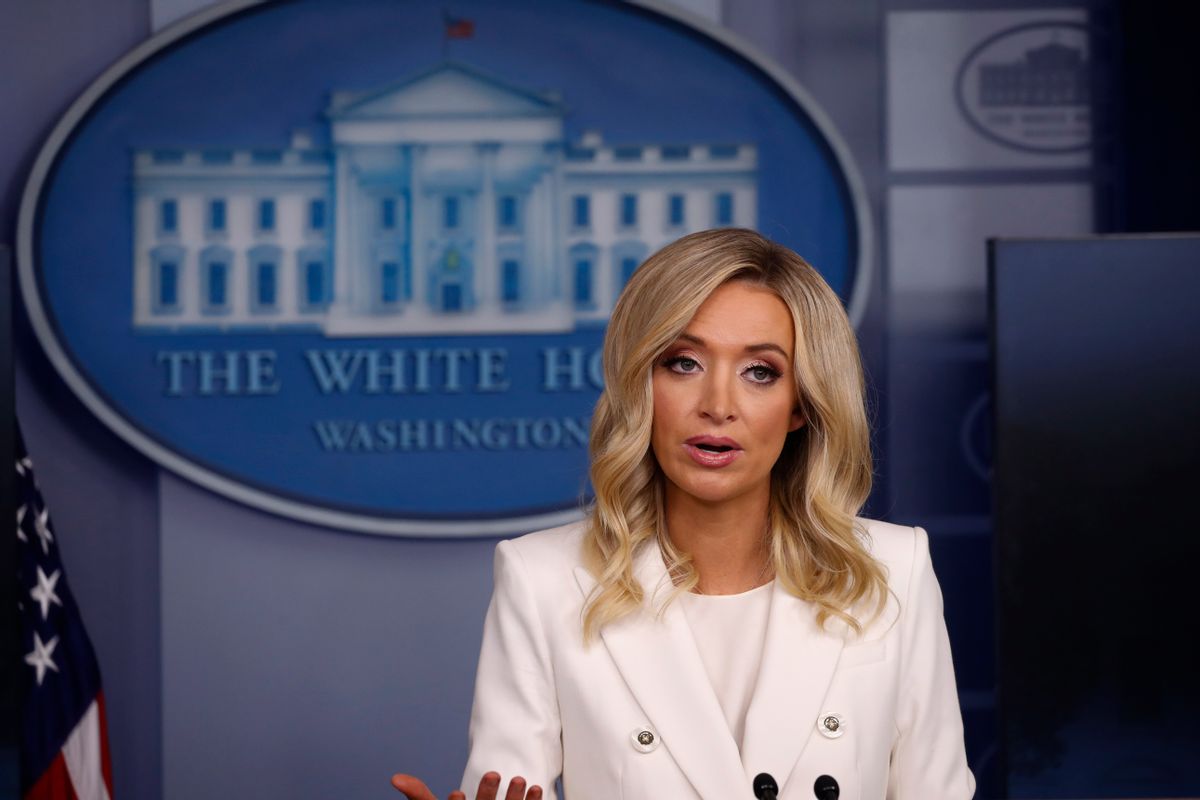 President Donald Trump has no plan for stopping COVID-19 from ravaging the country, so he expects the rest of us to simply continue on with our lives — no matter the cost.

But there is a plan in place for him to avoid the virus. Trump, Vice President Mike Pence, and those around them are frequently being tested for the coronavirus to keep White House leadership safe, even while testing for regular Americans remains inadequate.

Among those who are tested regularly in the president's inner circle is White House Press Secretary Kayleigh McEnany, according to the New York Times:

At the White House, Mr. Trump's new press secretary, Kayleigh McEnany, reinforced the impression that administration officials were getting preferential treatment when she delivered her first news briefing on Friday — without a mask. She is among the group of senior officials tested weekly, as all assistants and deputy assistants to the president are, an official said on Friday. Aides who are lower in rank are tested based on how often they are in proximity to Mr. Trump.

That's why it was particularly galling on Wednesday during the daily press briefing that she dismissed a suggestion about mass testing the public:

Q: Kayleigh, we were just talking about masks.  You said, at Honeywell, that the President was told by the folks at Honeywell, as was the team, that they didn't need to wear masks.  The reason he was told that was the people who would be interacting with him had all been tested and had been shown to be negative before that took place, I guess.  So the President had those circumstances.  Obviously, he's the President.  But why shouldn't all Americans who go back to work be able to get a test before they do to feel comfortable in their own work environment to be interacting with other individuals?

MS. MCENANY:  Yeah, well, let's dismiss a myth about tests right now.  If we tested every single American in this country at this moment, we'd have to retest them an hour later, and then an hour later after that.  Because at any moment, you could theoretically contract this virus.  So the notion that everyone needs to be tested is just simply nonsensical.

In fact, it was her answer that was "nonsensical." If every person in the country were tested, we would be much better off (even if "theoretically" you can contract the virus at any moment). That's because anyone who was asymptomatic but tested positive could go into isolation; many of those people right now are likely working in essential (or even essential) industries and are continuing to spread the virus. If we knew who needed to be isolated and who didn't, we would be on a much easier path toward normalcy.

Of course, nobody thinks we'll have the capacity to test everyone in a single day. But the fact that the White House doesn't realize why it would be good if we could shows a dire lack of understanding about the nature of the crisis.

We won't get even close to a sufficiently robust testing regime without stronger federal guidance. And it seems the leadership of the country is more worried about using tests to keep themselves safe while encouraging the public to believe that testing for the common folks would be a mistake.