Why does Ryan Murphy’s "Hollywood" ignore disabled actors in its narrative? 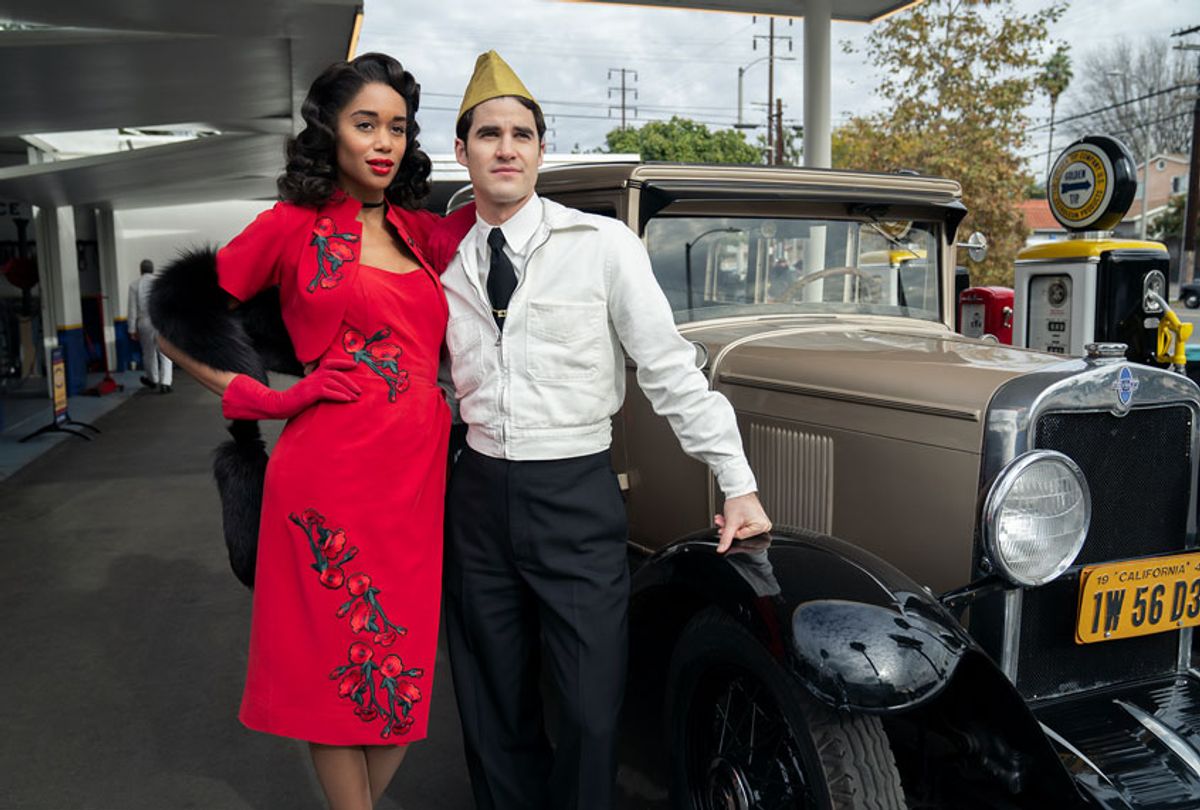 Ryan Murphy's new limited series "Hollywood" is about envisioning a filmic landscape more representative of real people. Murphy and co-screenwriter Ian Brennan envision a world where anyone, regardless of race, gender, or sexual orientation can thrive in entertainment. Their hope is that, by revising history, it makes the viewer think about how different movies (and our conversations about them) can be.

And, yet, there's a crucial group whose contributions, either within the late-1940s landscape "Hollywood" is set in or in Murphy's revisionist fairy tale, aren't acknowledged: the disabled. People with disabilities are commonly ignored from inclusion talks so, sadly, this isn't particularly surprising in the grand scheme of things. What is surprising is that Murphy, who has placed disabled actors in prominent roles before, ignores the actual strides disabled actors made by 1947-1948 (the year in which "Hollywood" takes place). And to create a revisionist Hollywood that lacks the disabled is to, once again, ignore a group whose fairy tale ending hasn't even begun to be discussed.

Before anyone says "there weren't disabled performers" for Murphy to draw from — which negates the fantasy and fictional characters already contained in the series — there were. In 1932 director Tod Browning released the horror film "Freaks," a movie that still boasts the largest cast of disabled performers in an American film. The story, focused on a family of circus performers, was neither a critical nor awards darling at the time — in fact, the film's studio, MGM, exploited the movie to the point of saying it caused a woman to miscarry — but remains a landmark feature in the portrayal of disabled actors. Wouldn't it have been great for fictional director Raymond Ainsley (Darren Criss) to cite that film and strive for a disabled performer in his feature film?

More importantly, the 1947 Oscar ceremony, honoring the best feature films of 1946, had presented the first Oscar to an actor with disabilities. Harold Russell served in the U.S. Army during WWII and lost both his hands after a defective fuse detonated some TNT he was holding. With two hooks in their place, he caught the eye of director William Wyler, who cast Russell in his WWII feature, "The Best Years of Our Lives."

Russell portrayed United States Navy sailor Homer Parrish who, alongside fellow soldiers played by Fredric March and Dana Andrews, returns back home to a world greatly changed. He struggles to find a job and maintain a relationship with his girlfriend Wilma (Cathy O'Donnell), whom he doesn't want to burden with his disability. Russell pulled double duty on the project, not just acting in the feature but also consulting on how a disabled veteran would be approached by others. Watch how March and Andrews shake Russell's wrist instead of his hook, much of the etiquette was created by Russell's mentoring.

Read more IndieWire: Programs Nominated for Oscars Can No Longer Compete for Emmys

The burgeoning actor would win two Academy Awards, one for Best Supporting Actor and an honorary award for "bringing hope and courage to his fellow veterans." (Yes, the second award was for being inspiring and courageous, the standard adjectives us disabled people are saddled with.) Unfortunately, Wyler encouraged Russell to get out of acting, reminding him that there just weren't a lot of roles for actors without hands. While Russell thrived and led a happy life, it's hard to ignore that he was told he'd served his purpose and the acting world wasn't going to do more with him. Considering "Hollywood's" narrative revolves around actors being told they have to hide or that their skin color prohibits them from growing beyond stereotype, it would have been heartening to see a Russell-esque character succeed.

And even when "Hollywood" ends, in 1948, there was another actor who's story could have been worked in. Actress Susan Peters was not a household name, but she holds the distinction of being one of the earliest disabled women to act in Hollywood. Peters was accidentally shot during a duck-hunting trip in 1945. Paralyzed from the waist down she used a wheelchair and, encouraged by good friends Lucille Ball and Desi Arnaz to keep acting, she starred in the feature film "The Sign of the Ram" in 1948. Sadly, Peters started to suffer from clinical depression and would die at the age of 31. Where disability narratives so often focus on men, and factoring in Murphy's work with disabled women, it would have been amazing to see Peters highlighted in some way.

Read more IndieWire: Oscars 2021 Will Happen, the Academy Says, but We Don't Know When

Really, the desire to see disabled actors presented at all in a revisionist tale of Old Hollywood could have done a lot towards acknowledging how marginalized disability narratives are. It's disappointing that even in a fantasy version of Tinseltown that those with disabilities aren't seen. It isn't that their few contributions are erased, it's that they're not spoken of and thus perceived as never happening. For Murphy to tout inclusion he has to focus on every group and it would have been great to see how disabled actors were treated in the 1940s and how their struggles might have been better. Even with disability in cinema remaining marginalized in 2020, a fantasy is better than nothing.

"Hollywood" is streaming now on Netflix.