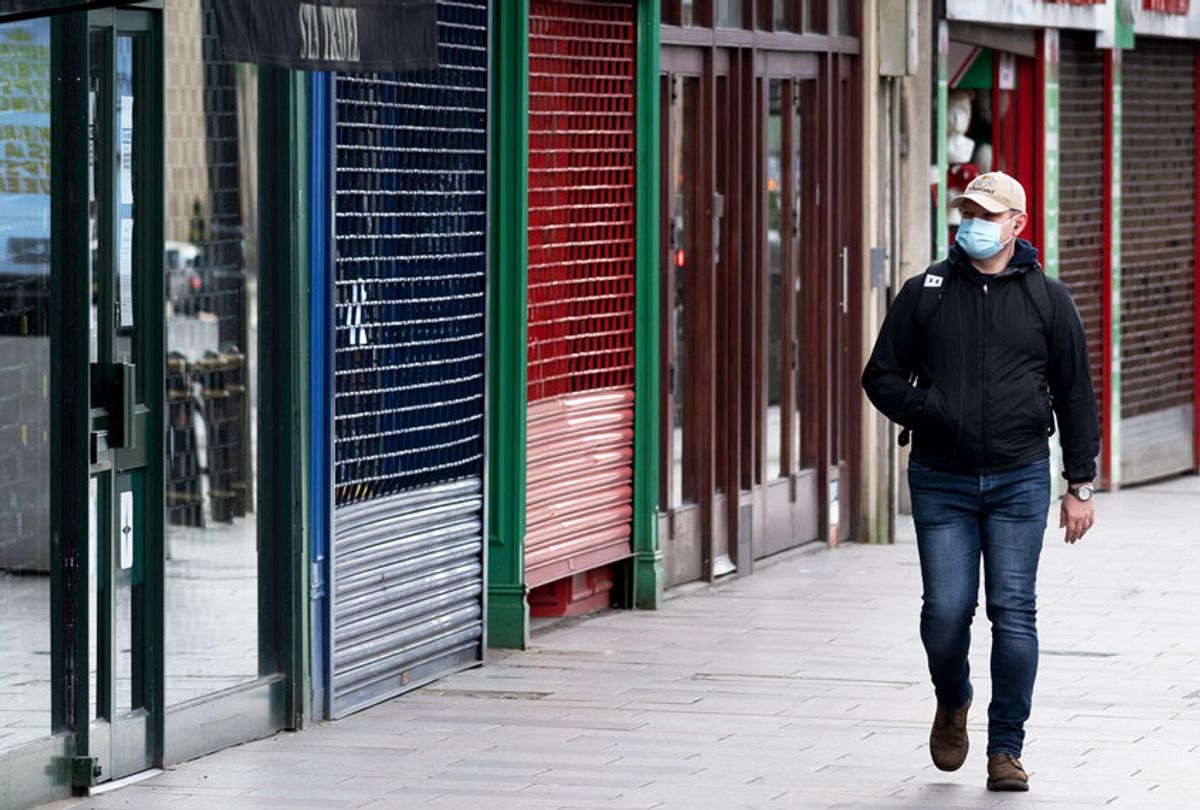 Just a day after announcing that about 33.5 million Americans have filed jobless claims since mid-March as the coronavirus pandemic has caused lockdowns worldwide, the U.S. Department of Labor on Friday revealed the nation's official unemployment rate hit 14.7% last month — its highest level since the Great Depression.

Before the April jobs report release, Heidi Shierholz of the Economic Policy Institute (EPI) warned on Twitter that Friday would be "the most cataclysmic #JobsDay of all of our lives" and shared a chart showing how recent unemployment claims contrast with the past 80 years, before detailing current conditions in a 22-tweet thread.

While the 14.7% figure for April is significantly higher than February (3.5%) and March (4.4%), it fails to capture the full scope of how U.S. workers have been impacted by temporary business closures and hours reductions that have resulted from the ongoing global health crisis. The report says 5.1 million Americans had hours cut in April.

Shierholz, senior economist and director of policy at EPI, explained that "only about two-thirds of coronavirus-related job losses are showing up as unemployed—the rest are showing up as having dropped out of the labor force. If all coronavirus-related job losses had shown up as unemployed, the unemployment rate would now be around 19.0%, not 14.7%."

"Further, about 7.5 million workers are likely being misclassified as 'employed, not at work' instead of 'temporarily unemployed,'" she continued. "If they were classified correctly AND all coronavirus-related job losses had shown up as unemployed, the unemployment rate would be around 23.6%."

She also highlighted EPI's estimate from April 30 that because of recent job losses, about 12.7 million Americans have lost their employer-based health insurance—which EPI researchers called a "terrifying" indictment of the country's private, for-profit healthcare system, particularly in the midst of a pandemic.

EPI senior economist Elise Gould addressed the April jobs report in a Friday blog post entitled "A Waking Nightmare." She wrote: "I struggle to even put into words how large this drop is. It's as if all the gains in employment since 2000 were wiped out. Total job losses over the last two months would fill all 30 currently empty Major League Baseball stadiums 16 times over."

Gould advised against celebrating the supposed "silver lining" that nominal wages grew 7.9% over the year, explaining that the wage growth "reflects the dropping of lower wage jobs from the total, which results in higher average wages for the remaining jobs, and what appears to be faster overall growth, but not driven by people getting meaningful raises."

The 20.5 million job losses across the United States in April underscore the need for bold action from federal lawmakers, according to Gould.

"Congress needs to continue providing relief to workers and their families across the country," she wrote. "They need to extend expanded unemployment insurance until the labor market has sufficiently recovered and provide a huge amount of aid to state and local governments."

"The next relief package," Gould concluded, "should also include worker protections, a paycheck guarantee, invest in our democracy, provide relief to the postal service, and make significant investments in testing and contact tracing."

Rep. Pramila Jayapal (D-Wash.), co-chair of the Congressional Progressive Caucus, took to Twitter Friday with a similar message, promoting the Paycheck Guarantee Act she unveiled in early April, which would enable U.S. companies of all sizes to continue paying 100% of their employees' salaries of up to $100,000 annually.

When the bill was introduced, Marcus Stanley of Americans for Financial Reform warned that "in the absence of action along the lines outlined in Rep. Jayapal's legislation, the likelihood of a Great Depression scale economic catastrophe and the disappearance of large swathes of the small business sector becomes ever greater."