"Many who are prone to being racist are given permission to do it in an overt way" by the White House, she argues 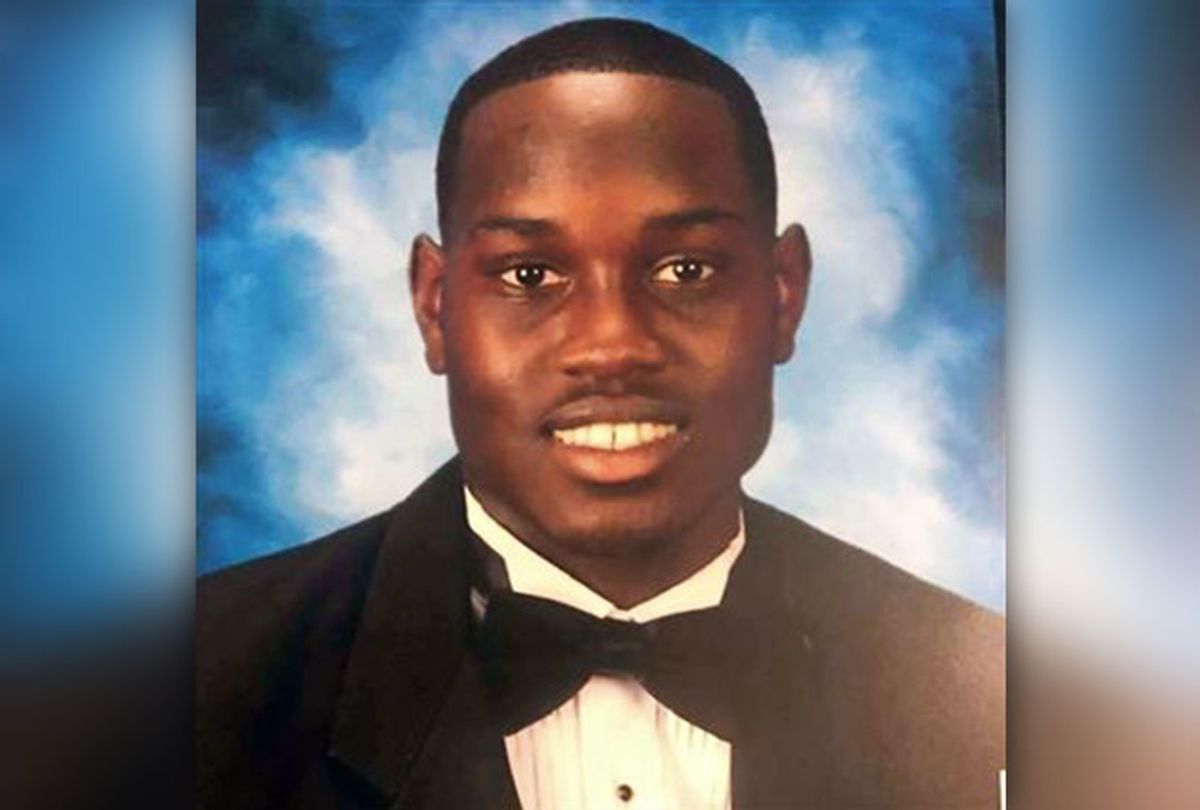 Atlanta Mayor Keisha Lance Bottoms decried the fatal shooting of Ahmaud Arbery as a "lynching" Sunday and linked his killing to the "rhetoric we hear coming out of the White House."

Arbery, a 25-year-old black man, was fatally shot while jogging about two miles from his home in southern Georgia on February 23. Police arrested former police officer Gregory McMichael, 64, and his son Travis McMichael, 34, on murder and aggravated assault charges last week after a video of the shooting surfaced online three months later.

Gregory McMichael told police that he and his son followed Arbery in their truck, because they believed he was a suspect in a string of burglaries. However, police said there were no break-ins in the area in the two months preceding the shooting. A police sergeant told CNN that a pistol was stolen out of an unlocked car outside of McMichael's home on Jan. 1.

"Anytime you pursue a young man, go jump in a truck with shotguns and a pistol . . . and slaughter him like that — that's lynching," he said last week.

Bottoms agreed with the description in a Sunday interview with CNN.

"It's heartbreaking that it's 2020, and this was a lynching of an African-American man," she said.

Bottoms argued that the men would not have been charged with murder had the video not been released. Indeed, a prosecutor who previously handled the case argued that because a physical altercation between Arbery and Travis McMichael led up to the shooting, McMichael was "allowed to use deadly force to protect himself."

"I think that's absolutely the reason that they were charged," Bottoms said. "I think had we not seen that video, I don't believe that they would be charged."

Bottoms, a Democrat, argued that the killing was a microcosm of a larger issue emanating from Washington.

"With the rhetoric we hear coming out of the White House in so many ways, I think that many who are prone to being racist are given permission to do it in an overt way that we otherwise would not see in 2020," she said. "In cities across this country, even if local leadership fails, there was always the backstop of our Justice Department to step in and make sure people are appropriately prosecuted. But we don't have that leadership at the top right now. It's disheartening."

President Donald Trump on Friday said that he "saw the tape" and found it "very disturbing."

"I will say that looks like a really good young guy," Trump told Fox News. "It's a very disturbing situation to me, and my heart goes out to the parents, and the family and the friends. But yet we have to take it — law enforcement is going to look at it."

"We are committed to a complete and transparent review of how the Ahmaud Arbery case was handled from the outset," Carr said in a statement. "The family, the community and the state of Georgia deserve answers, and we will work with others in law enforcement at the state and federal level to find those answers."

The attorneys for the Arbery family issued a statement welcoming the move.

"We are pleased that Georgia AG Chris Carr has officially asked the Dept. of Justice to investigate the handling, and potential cover-up, of Ahmaud Arbery's murder," the statement said. "There are far too many questions about how this case was handled and why it took 74 days for two of the killers to be arrested and charged in Mr. Arbery's death."

The Justice Department announced that it would consider whether federal hate crime charges were warranted in the case.

"We are assessing all of the evidence to determine whether hate crime charges are appropriate," Justice Department spokeswoman Kerri Kupec said in a Monday statement. "In addition, we are considering the request of the Attorney General of Georgia and have asked that he forward to federal authorities any information he has about the handling of the investigation. We will continue to assess all information, and we will take any appropriate action that is warranted by the facts and the law."

However, the statement drew skepticism from Democrats.

"Bill Barr handling the Ahmaud Arbery case does not inspire confidence," Keith Boykin said, a former White House aide to President Bill Clinton who now works as a CNN commentator. "I can only hope the career prosecutors in the Justice Department will be able to take on the case without political interference from Trump and Barr."

"We must scrutinize and monitor what the Justice Department does," Rev. Al Sharpton, the founder of the National Action Network, agreed. "Does the attorney general, William Barr, commit the resources that is going to be necessary to really investigate it, and what will be the scope of the investigation . . . There needs to be a wide investigation on the prosecutors' office, on law enforcement who decided not to operate on probable cause, as well as the incident itself."