Right-wing smear artist Jacob Wohl has a long, dubious history. Will he finally go to prison?

Wohl has tried to smear Anthony Fauci, Elizabeth Warren, Pete Buttigieg and many others. Has his luck run out? 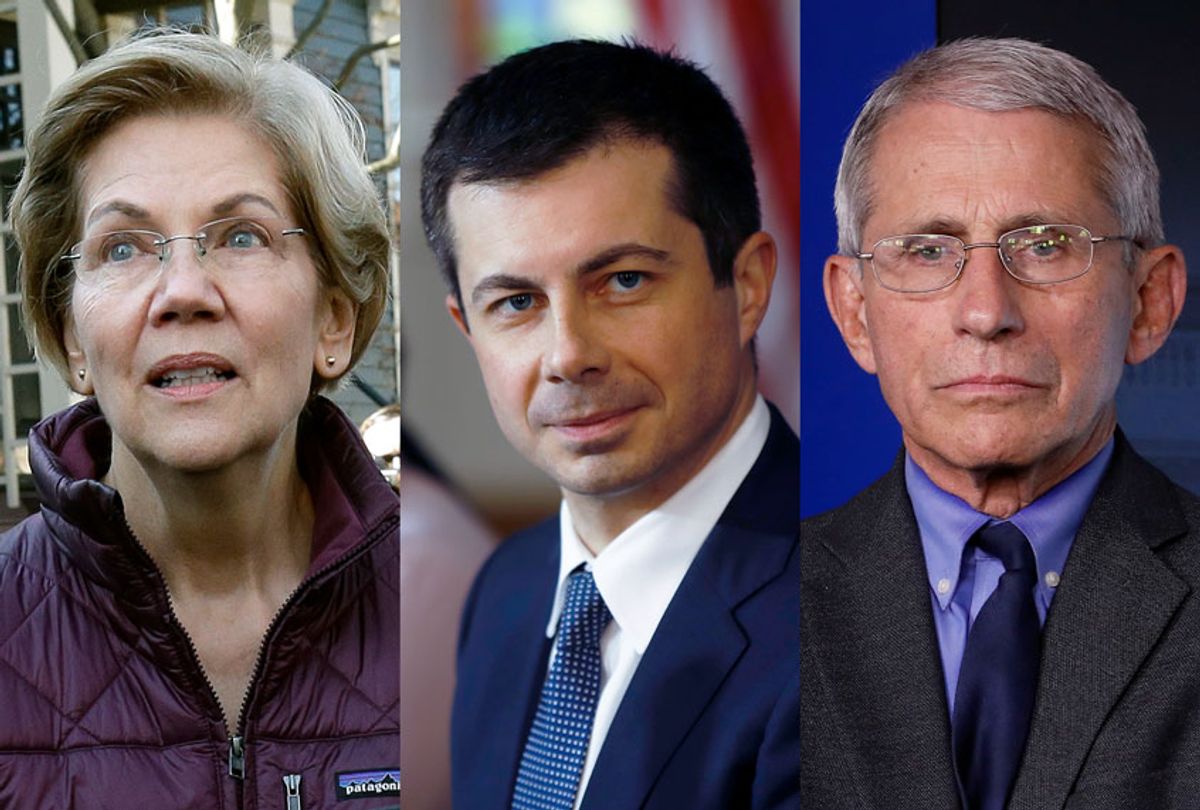 Last month, right-wing provocateurs Jacob Wohl and Jack Burkman called another in a series of hapless press conferences designed to impugn their political enemies. This time they claimed to bring forward a woman to accuse Dr. Anthony Fauci, the 79-year-old head of the National Institute of Allergy and Infectious Diseases, of sexually assaulting her at a Four Seasons hotel in 2014.

The woman later contacted a journalist at Reason to 'fess up: She said she was Wohl's ex-girlfriend and the duo had paid her thousands of dollars to make the false accusation under a fake name. What's more, she had the tapes to prove it.

"The reality is that I've known Jacob since 2018 and that he charmed me into taking money to do this," she wrote, pointing to a photo of her sitting on Wohl's lap, which he had posted to Instagram months prior.

Wohl, who lives in Corona, California, was recently arraigned along with a former business partner for selling unregistered securities. (The Daily Beast first reported those charges in September of 2019.) This February, Wohl and his former partner pleaded not guilty to two counts of securities fraud before Riverside County Superior Court Judge Gail O'Rane. Their April 21 felony settlement hearing was pushed back due to the coronavirus pandemic.

The charges date to 2016, when an Arizona man told investigators in Riverside, California, that he had invested $75,000 through Wohl Capital Investment Group. The man lost the money, and apparently committed suicide after calling in the tip.

"The complaint appears fairly bare-bones and it's hard to comment on specifics," Ben Edwards, professor of securities law and director of the investor protection clinic at the University of Nevada, Las Vegas, told Salon. "Still, there may be good reason for state law enforcement to take a close look at any securities sales by Mr. Wohl."

In 2017, Wohl was permanently banned by the National Futures Association (NFA) after another client complained that Wohl had told him that his original $75,000 investment had increased to $89,000, but that when the investor tried to cash out Wohl gave him less than half that amount. (Wohl has denied wrongdoing.)

Edwards said that the NFA decision "contains allegations that Wohl solicited investments with what sound like highly misleading promotional materials." Those included the implication that Wohl had been investing since he was 8 or 9 years old. (Wohl's father, David Wohl, has expressed pride in how his son turned out. Here is a video David Wohl posted of a young Jacob and his younger brother shooting various powerful firearms.)

Another legal decision in Arizona also found that Wohl's company had issued false statements. Wohl was fined $5,000 but as of 2018 had not paid the fine. The Arizona Corporation Commission did not immediately respond to Salon's inquiry.

Law enforcement agencies do not have the resources to go after every possible violation, so prosecutions are inevitably selective. Edwards said he believed Wohl's case was likely to meet prosecutorial standards.

"The facts described in the Arizona decision and the NFA decision ... indicate that Wohl misled investors by making many false claims," he said.

Prosecutors in California, Edwards said, likely have "good reasons to pursue this matter," citing the national profile that Wohl's publicity-seeking antics have earned him. "California might see significant deterrence benefits from pursuing criminal sanctions against Wohl, because news that you cannot sell unregistered securities or make fraudulent sales pitches in California will travel widely."

"There may also be good reasons to not seek significant prison time," Edwards said. "Wohl was at or around the age of 18 at the time of many of these actions. As his brain continues to develop, he might be able to better understand risk and may not be as much of a danger to the public as he was at that time."

Wohl's brain does appear to have developed. In any event, it has taken him from the realm of alleged financial fraud to apparent political dirty tricks.

In October 2018, Wohl and Burkman concocted an ill-devised but elaborate plot to smear Robert Mueller — who was then investigating the Donald Trump campaign's Russia connections — with allegations of rape. That might well have sparked an FBI investigation into Wohl and his dubious company, Surefire Intelligence, which Wohl had apparently created for this purpose alone.

In February 2019, Wohl and another right-wing fabulist, Laura Loomer, traveled to Minneapolis to concoct an allegation that Rep. Ilhan Omar, D-Minn., had married her brother. In an associated dirty trick attempt, Wohl allegedly faked a death threat against himself (supposedly from an Omar supporter) and filed a complaint with Minneapolis police.

Public document requests to the FBI and Minnesota law enforcement have gone unfulfilled, drawing responses that may signal an ongoing investigation.

By the time Wohl tried to smear Fauci in April, the press had largely lost interest. Only one outlet covered the live briefing, and that was simply to debunk it. In a recorded phone conversation given to Reason, Wohl and Burkman appear to admit paying Fauci's accuser to knowingly slander him.

"These public figures would have rock solid defamation claims against Wohl because the falsity of what he is trying to propagate is established," Anne Champion, first amendment and media law attitude at Gibson Dunn, told Salon. "But lawsuits are expensive and a defamation case would require these figures to argue in court that it damaged their reputations, which would be giving him legitimacy and power."

"People are, in my experience, hesitant to bring defamation claims because in our media environment you end up dragging it out, and you end up giving false claims more press," Champion said.

A document from January 2019 shows that Wohl had created a group called the Arlington Center for Political Intelligence, which he said would "make shit up" about candidates and public figures in order to manipulate political betting markets and seek to suppress Democratic turnout in 2020.

"It would appear that the premise of this company amounts to wire fraud," Champion said.

Wohl was asking for $1 million to fund the project. Whether anyone invested is unclear, but returns so far appear minimal.