Up to 43 million Americans could lose health insurance due to pandemic, study shows 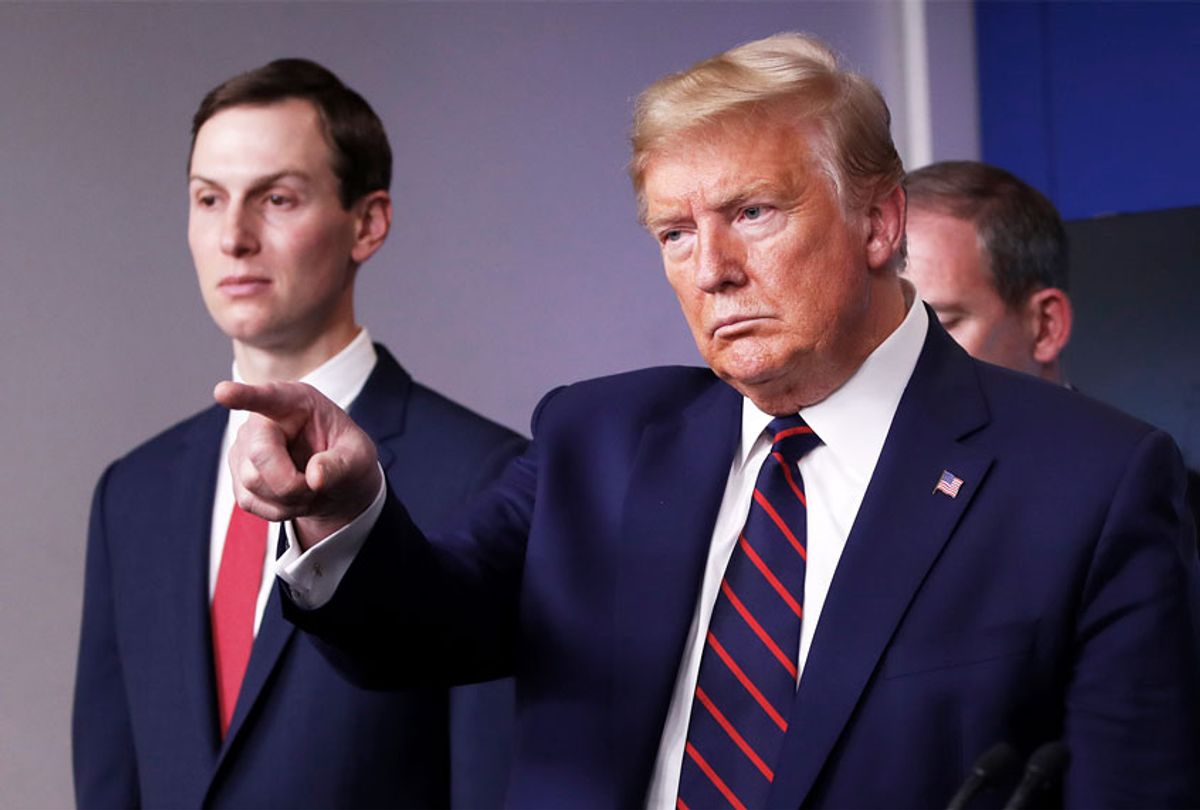 President Donald Trump points to a reporter to ask a question as he speaks about the coronavirus, as White House adviser Jared Kushner listens. (AP Photo/Alex Brandon)
--

Medicare for All advocates on Sunday pointed to the latest study on the looming health insurance crisis already becoming apparent amid the coronavirus pandemic, which has led to job losses for more than 33 million people in the past two months.

Because health insurance is tied to employment for about half the country — 160 million people — as many as 43 million are expected to lose their health insurance due to the pandemic, according to a new report by the Robert Wood Johnson Foundation (RWJF) and the Urban Institute.

Analysts project that 43 million Americans could lose their insurance when the unemployment rate hits 20%. According to the Department of Labor, the current unemployment rate is 14.7%. Some economists estimate that between 19% and 23.6% of Americans are actually out of a job, including those who lost their jobs in the last two weeks and those who have not filed jobless claims.

The pandemic "exposes a lot of the inadequacies in our system," RWJF senior policy analyst Katherine Hempstead told The Guardian, adding that healthcare is "tied to employment for no real reason."

On social media, Indiana congressional candidate Veronikka Ziol argued that there is a reason the U.S. system links people's ability to seek medical care to their ability to hold a job which offers health benefits—"It's to hold a bargaining chip over the working-class's head."

"Do what we want for the pittance we're paying, or you're going to lose your healthcare," Ziol wrote.

"This is why we need Medicare for All," she added.

Of the Americans who lose insurance due to layoffs or furloughs, RWJF and the Urban Institute said, an estimated seven million will remain uninsured—unable to access healthcare through Medicaid or COBRA, the law which allows Americans to pay for the health insurance they had through their previous employer — which can cost hundreds of dollars per month for individual coverage.

With millions expected to join the more than 27 million Americans who were uninsured before the pandemic, the RWJF and the Urban Institute raised concerns that many will avoid medical attention if they begin showing symptoms of the coronavirus, raising the risk of spreading the illness in their communities and making it more difficult for the country as a whole to combat the pandemic.

"The American healthcare financing system was not built to withstand the combined impact of a pandemic and a recession," Dr. Adam Gaffney, the president of Physicians for a National Health Program, told The Guardian. "It's inevitable that people will die because they can't get the care they need, because of the looming recession."