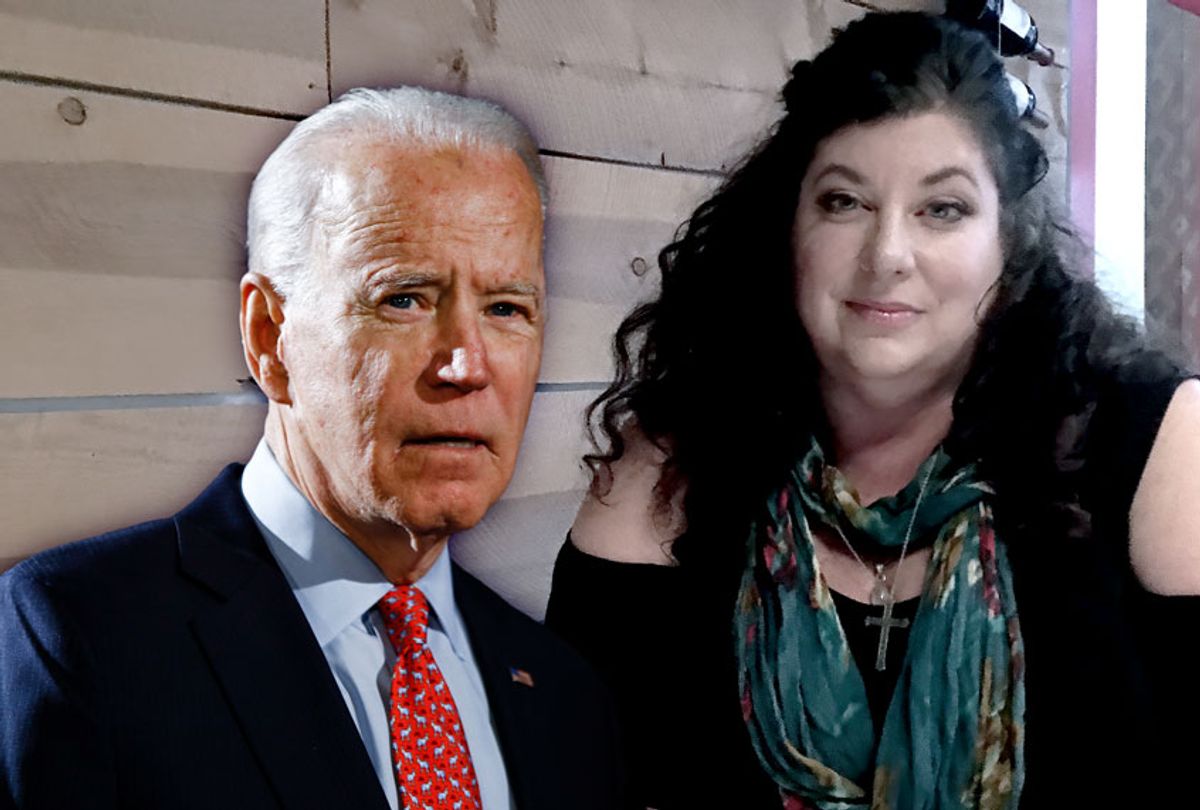 A 1996 filing in a California Superior Court reveals that former Capitol hill staffer Tara Reade spoke about allegations of sexual harassment with her ex-husband on "several occasions" while working in former Vice President Joe Biden's Senate office from 1992-1993.

The declaration, first reported on by the San Luis Obispo Tribune, does not mention sexual assault. Reade's ex-husband, Ted Dronen, said in the document that his ex-wife spoke to him about the allegations of harassment on "several occasions." The statements in the document, which was also obtained by The New York Times, were attributed to Biden's "office," though not the senator himself.

"On several occasions petitioner related a problem that she was having at work regarding sexual harassment in U.S. Senator Joe Biden's office," Dronen's statement said in reference to Reade.

"Petitioner told me that she eventually struck a deal with the chief of staff of the senator's office and left her position," he added.

Reade, who last year joined half a dozen women who accused the presumptive Democratic nominee of improper touching, sharpened that accusation in a March 2020 podcast interview, alleging that Biden pushed her against a wall in a Senate corridor and digitally penetrated her.

"I am saying unequivocally, it never, ever happened," he told co-host Mika Brzenski at the time.

Dronen's past statement echoed a 1993 call to "Larry King Live" mentioning unspecified "problems" in a senator's office, which Reade has attributed to her late mother.

"I wonder what a staffer would do besides go to the press in Washington," the caller said.

"My daughter has just left there after working for a prominent senator and could not get through with her problems at all," the caller said, without further elaborating on the problems. "And the only thing she could have done was go to the press, and she chose not to do it out of respect for him."

King asked in response, "In other words, she had a story to tell, but out of respect for the person she worked for, she didn't tell it?"

Dronen's court statement was a response to a restraining order which Reade filed against him immediately following their divorce. It cast Reade in a critical light.

"I was sympathetic to her needs when she asked me for help, and assisted her financially and allowed her to stay at my apartment while she looked for work," the statement read. "It was obvious that this event had a very traumatic effect on petitioner and that she is still sensitive and effected (sic) by it today."

The New York Times published an investigation into Reade's new claims in April based in part on interviews with former Biden staffers, including his chief of staff, Ted Kaufman, who held the position from 1976-1995. Kaufman was appointed to Biden's Senate seat in 2008 following the presidential election.

The staffers, including Kaufman, denied knowledge of Reade's allegations against Biden, and the investigation ultimately could prove or disprove her claims. Kaufman redirected Salon's request for comment to the Biden campaign, who shared a statement attributed to the former senator.

"I have consistently said what is the truth here — that she never came to me. I do not remember her, and had she come to me in any of these circumstances, I would remember her," Kaufman's statement read. "But I do not, because she did not."

Contemporaneous to those allegations, the Senate was roiling amid numerous salacious allegations of sexual harassment and abuse leveled against Sen. Bob Packwood, R-Oreg., the first of which surfaced in a 1992 TV interview with a former staffer. Over the coming months, 17 women came forward with often harrowing accounts of misconduct and assault, spurring an ethics investigation which eventually forced him to resign. Biden mentioned Packwood favorably in the context of bipartisan collaboration on voting rights in the early 1980s when speaking at a women's event in 2014.

Reade referred positively to Biden's work on the Violence Against Women Act in a 2009 personal essay chronicling her relationship with Dronen, whom she calls "Tate," and accuses of battery, abuse and threats to murder their family and pets.

"I should know what an abuser looks like. After all, I was working for then Senator Joseph Biden, who sponsored the Violence Against Women Act," she wrote. "But domestic violence is an equal opportunity offender. It was something I read about and discussed with colleagues, never knowing I would one day walk into a marriage filled with abuse and pain."

The essay did not mention Biden again, who was inaugurated as vice president under former President Barack Obama three weeks before it was published. However, it claimed that Dronen pleaded guilty to assault charges after physically abusing Reade. Salon could not corroborate that claim.

Reade recalled Dronen as saying, "Take the puppy away now and find it a home, or I will kill it. Don't you understand? I will kill it! And please have an abortion. I can't stand things that are helpless. I can't be a father, I would just want to kill it."

"The divorce began and a custody battle ensued," she wrote. "Tate pled guilty to assault."

Reade said in her essay that soon after the divorce, she learned the FBI was investigating Dronen.

"I received news that Tate's DNA was collected by the FBI for two missing women's cases, because he was a 'person of interest' – Tate's profile was that of a sociopath," she wrote.

DNA evidence at the time was not widely accepted science. A jury acquitted O.J. Simpson of murder in 1995, in part because it was not fully convinced by DNA analysis of blood samples.

"Tara and I ended our relationship over two decades ago under difficult circumstances," Dronen, who runs an IT company he founded in California in 1995, said in a statement to The Tribune on Thursday.

"I am not interested in reliving that chapter of my life. I wish Tara well, and I have nothing further to say," he said.